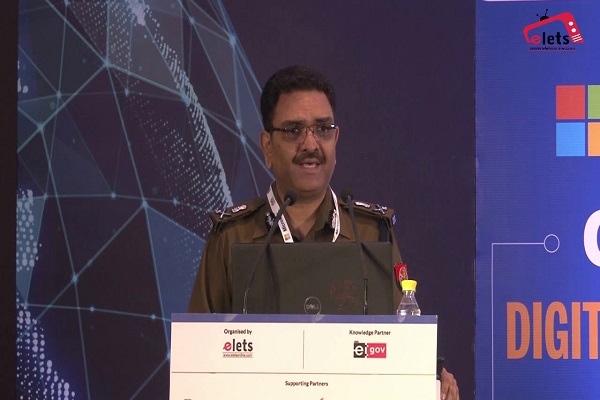 In this time of COVID19 crisis where countries worldwide are taking up stringent measures to fight against the viral outbreak, the Government of Uttar Pradesh has taken up some commendable efforts in this grim situation to help the citizens such as the formation of 112 to answer disasters and emergency situations. Asim Arun, Additional Director General (ADG),  UP 112, Uttar Pradesh Police, in a live webinar hosted by Dr Ravi Gupta, Founder and CEO, Elets Technomedia discussed the measures taken by the UP authorities.

Arun, addressing the webinar said, the police has launched 112 as a 24×7 helpline for people who need any sought of assistance from the police force. Talking about the challenges he said, although we created the control room and helpline was activated but our communication operators were facing challenges to do their jobs amid the lockdown and the fear of getting infected by the disease. To aid our officers, we provided them with laptops, phones and internet services so that they can take up calls from home and help the people in need, added Arun. He further said that around 112 of the communication officers are working from home and serving the ones in need at this hour of crisis.

Addressing the issue of supply of items to the people Arun said, “We have started distributing cooked food as well as the dry ration to people. We are using our PRVs for the same.”

When asked about a response plan to safeguard the police personnel as they are vulnerable to the viral infection due to their job, Arun mentioned that the police force has already prepared a response plan in case a police officer gets infected. Elaborating on the plan he said, “PRVs are being sanitised regularly and are washed and cleaned in every 24 hrs.” Moreover, the police personnel are working eight hours so that each of them can get proper rest and can serve their best to the call of duty, he added. Arun also informed that healthy food, fruits, are being supplied to the police officers at the mess so that all of them remain healthy.

Also Read:  Government should mandate the use of technology and digital methods: Dr Santhosh Babu

Adding on to the discussion about the response plan, Arun said, “We have an elaborate response plan in place. If in any case, a police officer gets infected there will be no panic in the control room rather the response plan will be immediately activated and things will be worked out accordingly.”

Elaborating on the technological interventions implemented by the force, Arun said, “We are trying to develop a system for managing the huge number of messages that we get on WhatsApp so that we can immediately answer people’s needs.” “If we remove the IT infrastructure, our work becomes very difficult”, added Arun.

Also, adding onto the use of IT to help people amidst the lockdown, he said that a WhatsApp number along with a Google form was advertised so that people volunteering to help can contact the police department and the police can facilitate them in doing so.

While concluding the webinar, Arun showed a video of Yogi Adityanath, Chief Minister of Uttar Pradesh making an announcement about the 112. In the video message, the CM said, under Police Response Vehicles (PRVs) around 3,000 four-wheelers and 1,500 two-wheelers are deployed to answer emergency calls and aid people amidst the lockdown. The CM also said that in case of any emergency people can call 112 and the police will come to aid.