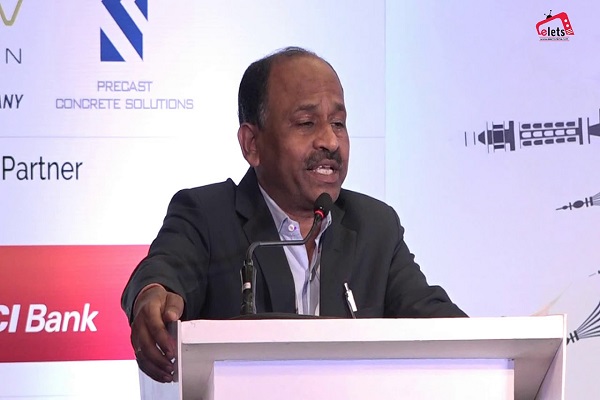 Municipal Corporations and other civic bodies acting on the grassroots level to battle the COVID crisis has contributed majorly in controlling the pandemic. Dr Arvind Kumar Chaurasiya, Commissioner, Meerut Municipal Corporation addressed a webinar organised by Elets Technomedia to know more on managing the crisis at the ground level.

Dr Chaurasiya said, “The first case surfaced on March 13. We immediately collected the sample and sent it to Pune due to lack of testing facility in the city. And it was found that 23 people in the family of that person were also infected.”

Adding on he said, “We are collecting waste from the containment zones separately. Separate vehicles were used and we were sending the waste to incineration units as per guidelines by the government.”

Moreover, as the movement is completely restricted in the containment zones, the essentials were supplied at doorsteps of the people, said Dr Chaurasiya. Even though there was a curfew imposed from 7 pm to 7 am, if required the essentials or medicines were delivered to people at their doorsteps, he added.

“We are preparing 1 lakh food packets for the migrant labours who have returned from Delhi or other big cities. Similarly for other poor and the needy food grains, shelter are being provided”, told Dr Chaurasiya. Also, the financial benefit of 1000-1200 is being transferred to the poor through DBT, he added.

Dr Chaurasiya, on technology, said, “We leveraged technology for contact tracing, especially for people from Tablighi Jamat. We found 86 of them in Meerut and four of them were found positive for COVID.” Further, ICCC is being used as a war room and for telemedicine facilities, he added.

Citing the challenges, Dr Chaurasiya said, “Here, the hygiene standards are not up to the mark.” Moreover, unawareness and partial knowledge led to rise in the number of COVID cases. “We had nearly 200 cases in the second phase of the lockdown. People started believing that if the temperatures will rise the virus will get killed and they began avoiding physical distancing once the temperature rose. Due to this the cases reached 300 within 10 days only.”

“Another big challenge was to identify asymptomatic cases”, he added.

Speaking on the learnings from the pandemic, he said, “One thing that we learnt is the belief that people had in civic authorities increased during this time. People supported efforts by the authorities.”

There is a need for us to upscale our healthcare infra nationwide keeping in mind pandemics like COVID that we are facing. This will help us to be more prepared and resilient in the times to come, said Dr Chaurasiya.