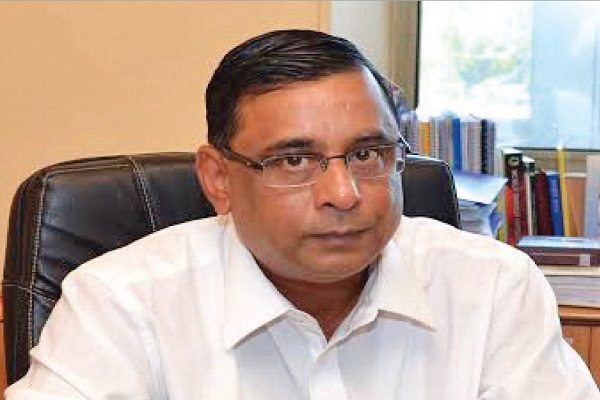 The Centre and the State Governments are gearing up in order to enhance their response against the COVID-19 crisis. In order to strengthen the government machinery and helping people in this time of crisis, many firms are also stepping forward to contribute their bit. Energy Efficiency Services Limited (EESL) is one such company which are trying to impact lives of people amidst the hard times. Throwing light on EESL’s efforts Saurabh Kumar, Managing Director, EESL joined in a webinar hosted by Dr Ravi Gupta, Founder and CEO, Elets Technomedia.

Kumar, highlighting the efforts of EESL, said, “EESL has been organising a lot of programmes nationwide and one of our first programmes which became the largest across the country was Ujala.” The programme was inaugurated by the Prime Minister, he added. Under the programme, EESL distributed around 37crore LED bulbs across the country which has actually benefitted the poor households. “It was one of the efforts by which we directly impacted the citizens”, added Kumar.

Besides the distribution of the bulbs, over 100 crore street lights have also been replaced in the entire country. Although the citizens were benefited indirectly through this, however, social audits were also conducted in the places where the street lights were replaced, said Kumar. “The surveys concluded that following the installation of new lights, the navigation in terms of transportation in the areas became safer. Moreover, the incomes of the street vendors have grown dramatically”, Kumar added.

Now, people are not afraid to walk on streets, especially in the evenings after sunset, as the street lights give them an essence of safety, Kumar added. “Another programme that has impacted and brightened many lives is a renewable energy-based programme wherein we provided solar lanterns to the school children”, said Kumar.

Further talking about the smart metering the Uttar Pradesh, Kumar added that the Uttar Pradesh Power Corporation Limited (UPPCL) signed an MoU with the EESL, last year, to roll out four million smart meters which would enable the discoms to save Rs 80 billion over eight years. Kumar informed, “After deploying smart meters, the Kanpur Electricity Supply Company witnessed an 11.2 percent increase in its average revenue per unit from January to April 2019 over the 2018 revenues. Similarly, Paschimanchal Vidyut Vitran Nigam Limited, a discom in Meerut, has witnessed a 21 percent increase in its average monthly revenue, added Kumar.

COVID-19: A challenge as well as an opportunity

Addressing the topic of COVID-19, Kumar said, “Every challenge is an opportunity.” Therefore, COVID-19 is a challenge not only for India but also for the rest of the world. Kumar was of the view that this is the time to restart the investment cycle in the power sector to regain the economy.

Answering the question focused on EESL’s contribution to the Electric Vehicle (EV) sector, Kumar said, “We were the first to start in the EV space. EESL’s electric vehicle programme has fostered a conducive ecosystem for EVs, encouraging more industry participation as well as consumer adoption.” EESL is looking forward to electrifying the 5 lakh cars used by the government. We have already completed the procurement of 10,000 EVs.”

Moreover, the price by EESL for EVs through the tendering process was 25 percent lower than the retail price of similar cars in the market, added Kumar. As of yet, 1,510 EVs have been deployed, or are at various stages of registration. Kumar, furthermore said that EESL has signed agreements with various public sector undertakings, government departments, and the governments of Delhi, Haryana, Jharkhand, Madhya Pradesh, Uttar Pradesh, Andhra Pradesh, Maharashtra, Telangana, Gujarat, Odisha, Chhattisgarh and Kerala for deploying e-cars, he added.

Elaborating on the EVs he said, “We are also working towards strengthening the charging infrastructure, with the objective to have at least 3,000 charging stations over the next two years. Till date, 60 public charging stations (PCSs) complying with DC-001 (15 kW) have been commissioned in the New Delhi Municipal Council (NDMC) area.”

In the end, he said that EESL has also signed MoUs with various ULBs across the country for the development of PCSs in their respective areas. EVs are a promising technology with a bright future in the Indian market. They have a remarkable potential to support the country’s growth by enhancing manufacturing, job creation and technical capabilities, Kumar added.