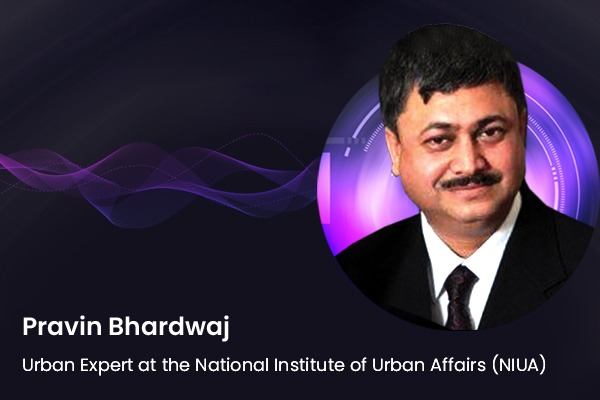 India, a country with a wide range of physical features and different geo-climatic zones, is prone to disasters and hazards owing to its diverse physical geography. Over the years, there has been an increase in the number and intensity of natural disasters mainly due to the anthropogenic activities for infrastructure development and negligence of the environmental concerns. In addition, climate change has added to the ongoing problems and the disasters which were earlier witnessed at a larger interval are now more frequent, writes Pravin Bhardwaj, Urban Expert at the National Institute of Urban Affairs (NIUA).

India’s geo-climatic zones are prone to floods, earthquakes, cyclones, droughts, desertification, landslides, avalanches, etc. For example, the northern states of the country—Jammu and Kashmir, Himachal Pradesh, Uttarakhand, Uttar Pradesh, Madhya Pradesh, Gujarat, Rajasthan, Punjab, Haryana, and Delhi—experience a combination of natural disasters including flood, earthquakes, avalanches, landslides, cloud burst, flash floods, and more. Therefore, when we are planning for disaster preparedness and response, the multi-disaster prone nature of the area has to be kept in mind. The entire action needs to be seen in totality. The economic losses due to these recurring disasters have been immense. The poor in our country is more vulnerable to disasters and the coping capacity of the poor in the vulnerable community is also less. Further, with the recurring disasters the vulnerability of the poor and the marginalised increases manifolds. 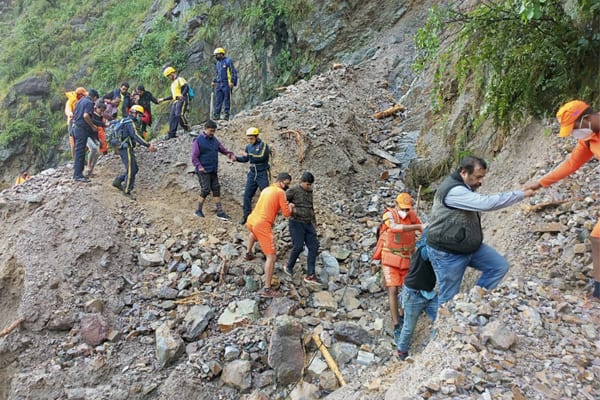 The disaster management and preparedness legislation in India has concentrated more on the response mechanism, rescue, rehabilitation and reconstruction after the disaster occurs. But, the time has come when the concentration should be more on disaster preparedness, understanding risks and vulnerability, mapping vulnerability, training and capacity building, mitigation measures, mock drills based on simulations, better coordination between different agencies and GISbased coordination.

Most of the disasters which India is witnessing now is due to environmental neglect, unplanned urbanisation and lack of capacity building among the stakeholders. The poor and the marginalised must be kept in focus while preparing for the disasters and the possible economic losses. The COVID pandemic is one such example where the poor were most vulnerable and livelihood was worst affected. The major cause of concern from physical disasters are as follows: 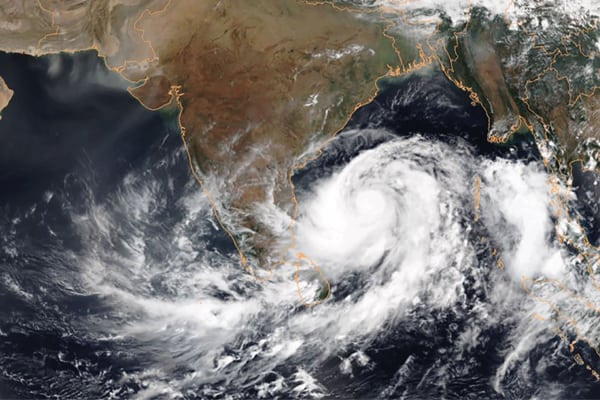 Flood- Earlier, floods were mostly confined to the urban and rural areas near the rivers but now the urban areas which are located farther from the river are also getting flooded due to heavy rains and this is a major worry for all the cities concerned. This has posed a serious challenge to the city planners and the officials looking into the same. The urban poor is the worst affected as they reside in low lying areas.

Cloud Burst and Flash Floods– The hilly regions of India are witnessing cloud bursts on an unprecedented scale and the problems associated with these are immense. It is a serious problem as the fragility of the mountainous region has increased and a serious planning intervention with environmental control is needed. The rainfall pattern has been inconsistent. At times the rainfall is too high and the communities need to gear up with the same. So, there is a need for better planning and coordination so that economic losses and the vulnerable population are less affected.

Landslide/Avalanches- Due to infrastructure-related development in the mountainous region such as road expansion and construction, hydropower projects, city expansion and development due to tourism-related activities, incidences of landslides and avalanches have increased.

Cyclone- Both the eastern and the western coasts of India are prone to cyclones but in recent years the periodicity of the cyclones have increased and the damages caused by cyclones have also increased. Though the government is making a lot of efforts, the damages are high and the rescue operations have become a challenging exercise. The poorly constructed houses of the poor and their livelihood is most affected. Earthquake- The earthquake map of India clearly indicates that the country is divided into five zones and the vulnerability of the earthquake varies between the geographical regions. The Himalayan region is in zone V where the high damaging earthquake can come followed by other regions. But southern India is more stable to the earthquake due to the Deccan shield. But when an earthquake takes place it may trigger other disasters in the fragile environment so holistic preparedness and response are needed. The poor houses are worst affected as they are made from local material and lacks structural strength.

Drought- The erratic rainfall pattern has led to a situation where few areas get heavy rainfall in a short span of time while other areas are devoid of rainfall. Many areas which were earlier not having rainfall gets enough rain while other areas remain mainly dry. This can be mainly attributed to the changing rainfall pattern due to climate change and its related effects. The poor agricultural labours are worst affected.

In all the above-mentioned disasters, the poor and the marginalised section of the society are worst affected due to loss of life, livelihood and habitat forcing them to seek alternate accommodation and livelihood opportunities elsewhere. Even in a new location, the vulnerability is high.

What needs to be done?

Changes in the urban planning process:

●   The flood plain of the cities are mainly encroached upon and so the flood poses a major problem, the area which was earlier in the flood plain have either slums, unauthorised colonies or residential development taking place thereby clogging the natural drainage pattern, hindering the runoff and the natural recharge. The water bodies in the cities have become clogged and silted thereby adding to the problem. The by-laws need to be looked into and better coordination of all departments is needed.

●  The building enforcement needs to be worked upon which looks into the earthquake resistant structures so that the damages are less and the city is in safer hands.

Better coordination- between the different organisations by State Disaster Management Authority based on the Standard Operating Procedures (SOPs) developed and the State Disaster Management Plan finalised. The best way to check the preparedness and response is to conduct mock drills and learn lessons from them and improve the awareness, capacity building and response.

Clear roles of different departments- Though the disaster management department is the coordination department the other departments mainly rural development, environment and climate change, irrigation, flood control, public health and engineering departments have to work together in a more coordinated manner in the rural and urban areas.

Role of capacity building- Authorities need to part from the ‘One Size Fits All’ approach and work to develop cityspecific solutions depending upon the geography and the disaster it faces. The capacity building exercise needs to be done to strengthen the workforce. The focus should be on the localised solutions and the same needs to be checked through the mock drill exercises. The SOPs and toolkits etc. can play a major role.

The first major step in the context of building resilience, national, state and local governments would require to identify local Disaster Risk management (DRM) techniques to mitigate disaster events and losses and reduce climate change impact by the involvement of the local community and depending upon the capacity enhancement of the people affected and looking into alternative means of employment.

The second major step maybe is to take into account the issue of consistency in monitoring the effects of disaster and minimise data losses over the upcoming period up to 2030. It is of utmost importance that a consistent report on data losses for all hazards and underlying risks is with the authority to plan and mitigate better. This will have the potential to be compared to the Hyogo Framework of the last decade (2005- 2015), to develop the evidence-based record on the implementation of SFDRR and achievement of 2030 SDGs global targets. Lack of transparency, weaknesses of local governance, limitations of financial and human capacities may cause socio-economic assessment biases and will remain as challenges for the application of the Habitat III Urban System Model findings into extensive hazards.

Thirdly, further assessment on DRM Investments and financial losses due to the disasters in the context of risk governance; identification of the DRR community based early warning systems, and GIS risk mapping mechanisms for vulnerable populations is needed. The spatial planning policies for the built environment and critical infrastructure is needed.