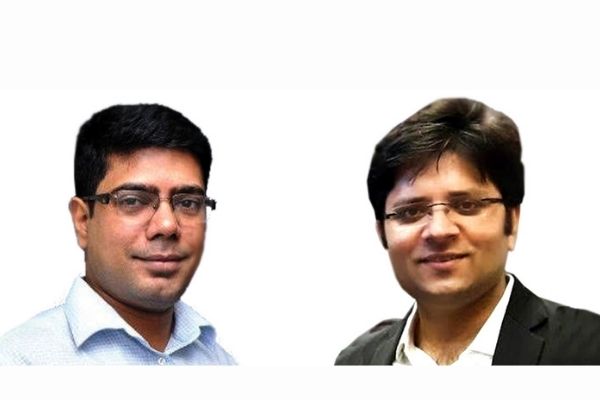 As per UN estimates, the urban population of India will be 52.8 per cent by 2050. Every fourth child in India (27.4 per cent) lives in urban areas. Children (0-18) are one of the vulnerable groups in the urban population. Of the 377 million urban Indians, 32 per cent (120 million) are girls and boys below 18 years and around 10 per cent (36.5 million) children are below six years. Over eight million children under six years live in slums (Census 2011), write Manish Thakre, Head Urban Programme and Policy, Save the Children India and Farrukh Shah, Manager, Research, Save the Children India.

Children are at greater risk of being injured or killed in hazards, the majority of which are weatherrelated. The ignorance of children and their voices in decision-making processes is a common practice and it is contrary to Article 12 of the United Nations Convention on the Rights of the Child (UNCRC), “This denial of children’s agency and right to participate in decisionmaking processes that directly affect their lives has implications for whether these processes will adequately respond to their needs. It also limits the extent to which these processes can benefit from the unique insights and innovative solutions that children can generate.”¹

SDG 11.5, Increased Losses due to Disasters and Impact on the Lives of Children

Cities are a special focus under SDGs thus there is an exclusive goal as SDG 11 – “Make cities inclusive, safe, resilient and sustainable.” Among SDG 11’s 10 targets, target 11.5 emphasis on “By 2030, significantly reduce the number of deaths and the number of people affected and substantially decrease the direct economic losses relative to the global gross domestic product caused by disasters, including water-related disasters, with a focus on protecting the poor and people in vulnerable situations.” The two indicators (11.5.1 and 11.5.2) indicates the significance of data on life and economic losses due to hazards (Figure 1).

Unplanned urbanisation has also been accompanied by the risk of increased intensity and frequency of geo-physical and hydrometeorological hazards (Map 1). Such hazards pose a serious threat to a child’s survival and well-being². Between 2000 and 2009, 8.45 million children under five years of age were affected by disasters in India, every year; of these, 1.25 million children were malnourished³.

Children, girls and boys, are largely unaccounted for during emergencies. Recently, the COVID-19 and Amphan cyclone in cities of eastern India has warned that the multi-hazard situations are increasing and are detrimental to the survival, development and protection of children. The closure of schools, learning losses, lack of physical activities, mental stress, etc. has already caused a lot of irreparable damage to their growth and development. According to the UNICEF, closure of schools has affected nearly 25 crore children across the country. In the words of the former Reserve Bank of India (RBI) Governor, Dr Raghuram Rajan, “If you’ve been out of the school for a year and a half, you are probably three years behind at the time you go back.⁴”

There are no city-level maps/data of hazards in the country (except a few metros). Ward-level maps for disaster planning and management is desirable for compliance with SDG 11.5. Robust data management on losses due to disasters and vulnerability profiling of infrastructure, children and other populations at the ward level will be important in making cities resilient for children. Hence, data-driven planning and management is important for all age groups in cities.

These myriads of challenges such as unplanned urbanisation, increased frequency of disasters and increased vulnerabilities will be critical bottlenecks in achieving the SDG 11 by 2030.

Neglect of Children in Urban Planning and Governance

“All cities have traffic departments and statistics for traffic and parking. Do you know of any city with a department for pedestrians and public life? Hardly any city even has good data concerning the people who use the city. People in cities tend to be invisible and poorly represented in the planning process.” –Jan Gehl

The complete absence of children in urban planning and governance makes the lives of children even more vulnerable to disasters. This absence is reflected in the lack of data on the loss of children’s lives due to disasters and their exclusion from planning. This makes it difficult to understand how disasters and consequent implications for infrastructure and disruption of basic services affect children. Thus, tracking the progress towards achieving SDG 11.5 will be difficult.

There is a need for enumeration of children (age, gender, and disability) along with data on their physical location and socio-economic status. This helps in designing strategic actions (pre-emptive and preventive) and mobilising and allocating resources for addressing their vulnerabilities. It will help in making our governance systems accountable for children including the most deprived and marginalised that will actualise the spirit of ‘Leave No One Behind’ and ‘Leave No Place, Behind.’

Ensure Participation of Children in Preparedness Planning and Actions

It is urgent to collect data and prepare maps for disaster planning and management with meaningful inclusion of children especially vulnerable children including children in need of care and protection (as per Section 2(d) of the Juvenile Justice Act). Building children’s capacities on disaster preparedness and adaptation are also needed which should include transferring knowledge on key International agreements (SDGs, SFDRR and Paris Agreement) and on basics of urban planning. This will build the understanding of children of their surrounding environment and inform them about the actions that they can take in their daily lives for adaptation and mitigation.

Invest in Systems for Data-Driven Policy, and Child-Centred Planning and Governance

Building systems that are childsensitive and harness the agency of children for addressing disaster risks. This requires investment in governance systems that prioritises data-driven policy and planning on disaster management and accordingly, upgrade its human resources through requisite training; budgeting and financing for building resilient infrastructure and services; and mounting humanitarian response and recovery with children and citizens participation.

1. https://bit.ly/30oNNh9
2. Save the Children, India and PWC, 2015, Forgotten voices: The world of urban children in India
3. http://www.Unicef.org/india/emergencies.html
4. https://www.bloombergquint.com/business/raghuram-rajan-warns-of-lost-generation-if-kids-arent-back-at-school-soon