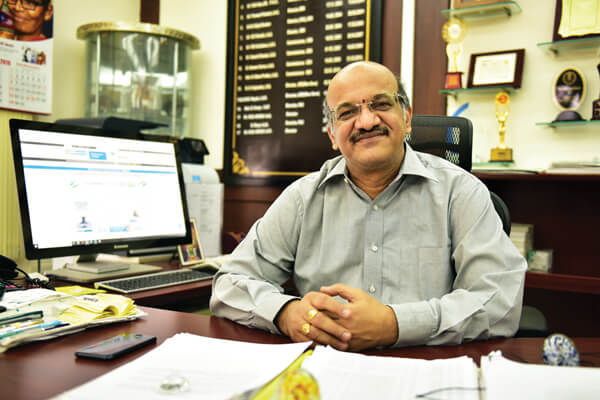 Mr Rao commenced on the note that COVID pandemic has brought in focus the presence-less, contactless service delivery by the government. “Before all this, three things have been crucial for governance – accountability, transparency and innovation. However, now the focus is on contactless”, said Mr Rao.

Further, Mr Rao said, “However, there are certain limitations to Aadhar authentication. It requires proper biometric hardware, sometimes the physical presence of the person is required. Moreover, in the case of old people many times fingerprint mismatch issues arise and also following the Supreme Court judgement there are various restrictions for using the Aadhar system.”

Adding on, Mr Rao said, “For authentication, AI-based liveness check is implemented to ensure the person is live while authentication process. Secondly, the citizen has to upload a selfie which will provide the real-time picture of the citizens. This picture clicked will be compared with the photo already provided to the department. As the pics can have variations so algorithms used are specific and effective to match and relate to all the variations. The third is the demographic information where the data is matched and this is where the big data and machine learning comes into play.”

Mr Rao claimed that such a remote AI-based real-time authentication is a first of its kind in the country and even across the globe there are only a few examples.

On withdrawing of pension funds, he said, “To apply for pensions, the retired officers have to either go to banks or the government office from where they can be facilitated but either which ways it requires the person to visit physically. So, in our contactless system, we have an app – ‘Pensioner’s Life Certificate through Selfie’. So, the person has to enter their name id and a selfie. Following this, the system will provide the certificate once the selfie and other details are matched and confirmed.”

Mr Rao, based on the real data on the state’s portal, showed variations in names, photographs and other details wherein matching and recognising the person would have been difficult manually. But, with the use of AI accurate matching and confirmation has become possible which led to successful contactless delivery of services.

Concluding his address, Mr Rao highlighted a few real statistics of the contactless system implemented in the state of Telangana. He said, over 30,000 people have used the systems of which nearly 28,000 have been identified as the pensioners which accounts for 93 percent of the people registered on the system.