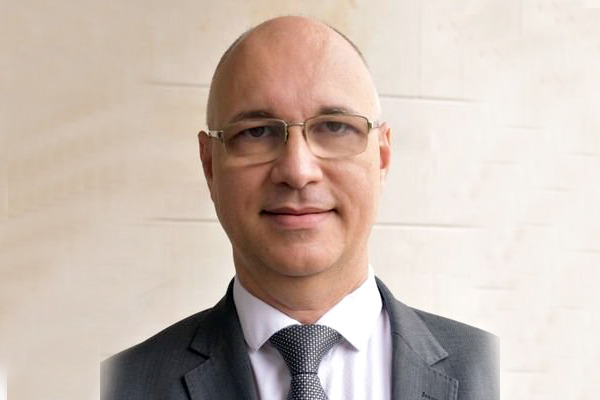 In the last decades, Brazil and India have become agricultural powerhouses. Gains in productivity and sustainability have contributed to improved food security and sustainable development, generating significant benefits not only for both the countries but for the whole world. Brazilian and Indian agricultural stakeholders have been firm partners to advance these goals, writes Dalci Bagolin, Agricultural Attaché, Embassy of Brazil, New Delhi.

To build strong bilateral cooperation and in the lead-up to the State visit by President Jair Bolsonaro to India, in January 2020, the Minister of Agriculture of Brazil, Tereza Cristina, held a full agenda of meetings with her ministerial counterparts in India, in which both the governments committed to expanding our partnership even further in key areas for the future.

In the last 40 years, Brazil’s agricultural and livestock production methods have transformed dramatically. The country went from being a food importer to one of the world’s largest exporters of farm products. During this period, Brazilian agricultural production grew by 385 percent, while the land area dedicated to agriculture increased by only 32 percent. This transformation of agriculture and livestock is the result of decades of innovation and development to adapt agriculture to the tropics, with ongoing productivity gains and production intensification. This success has made Brazil a leader in the global food security scenario. Brazil uses only 30 percent of its land for agriculture while 66 percent of its territory remains preserved with native vegetation. In 2012, Brazil approved its Forest Code, which creates the legal framework for the integration of sustainable development in its three dimensions – environmental, economic and social – as a central feature of agricultural production in Brazilian rural properties.

In the last ten years, Brazil made considerable progress disseminating the Low-Carbon Agriculture Plan (ABC Plan) in connection with the National Policy on Climate Change. The ABC Plan is a public policy composed of a set of actions aimed at increasing the use of sustainable agriculture technologies with high potential in mitigating GHG emission and fighting global warming. The ABC Plan resulted in an intervention of 59 million hectares, which accounts for 25 percent of the areas occupied by the Brazilian agriculture and livestock activities, representing an investment of US $7 billion. The ABC Plan framework includes seven Programs: Recovery of Degraded Pastures; Integrated Crop-Livestock-Forestry Systems and Agroforestry Systems; Notill Farming Systems; Biological Nitrogen Fixation; Planted Forests; Animal Waste Treatment; and Climate Change Adaptation.

A recent initiative by the Ministry of Agriculture, Livestock and Supply (MAPA) is the National Bio-based Agricultural Inputs Program, also called the Bioinputs Program. The objective of this program is to improve research and encourage the use of biological products such as inoculants, plant growth promoters, bio-fertilizers, plant extracts and biological control agents to make agriculture more sustainable and cost-efficient. 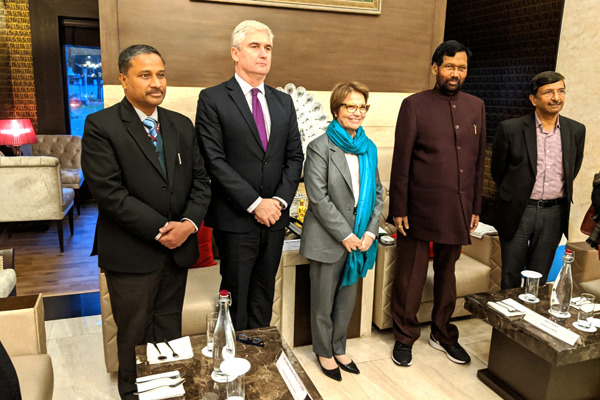 In the livestock field, Brazil is a major producer of bovine genetics. Zebu Indian breeds contributed to this scenario, changing the history of Brazilian cattle, where 80 percent of the herd has zebu genetics due to its high adaptability and increasing levels of productivity. Brazil is the largest producer of bovine embryos in the world, being responsible for the production of more than 375 thousand embryos in 2017, according to data from Embrapa Genetic Resources and Technology. To guarantee animals of excellent genetic quality in the national herd, the Brazilian Association of Zebu Cattle – ABCZ counts on the Zebu Genetic Improvement Program (PMGZ), that has already evaluated about 15 million animals. The program assists breeders in the selection process by identifying early, fertile animals with better rates of milk production.

Given this profile of current Brazilian agriculture, as well as the achievements and challenges of Indian agriculture, we can say that sustainability, innovation and food security are fundamental concepts, in which cooperation between the two countries can bring mutual benefits. Among the cooperation initiatives currently underway, we can highlight the MoUs of Embrapa – Brazilian Agricultural Research Corporation with the Indian Agricultural Research Council – ICAR and with the Department of Livestock and Dairy – DAHD, the Indo-Brazil Agri-Tech Cross Border Incubation Program and the sharing of experiences in the ethanol-based biofuels program.

Embrapa, which has 47 Research Centers in Brazil and more than 10,000 employees, is one of the biggest reasons for the success of Brazilian agriculture, about agricultural research and technology. The MoU between Embrapa and ICAR aims at the areas of sugar cane, coconut, buffalo and dairy cattle. At the same time, the MoU with DAHD focuses on the modern technologies for animal reproduction for dairy cattle, with particular attention to the establishment of a Centre of Excellence mentioned in the Joint Declaration signed during the Presidential visit in last January.

The Indo-Brazil Agri-Tech Cross Border Incubation Program is a partnership between the Brazilian Ministry of Foreign Affairs and Pusa Krishi Incubator, which is an innovation hub and agribusiness incubation centre of ICAR-IARI. The program consists of exchanging Agritech Startups for incubation activities between the two countries. The first five Brazilian startups came to India last year for activities in New Delhi and Hyderabad. As soon as possible, five Indian startups will go to Brazil to the incubation in the states of São Paulo and Minas Gerais. Regarding the use of ethanol as biofuel, the Brazilian Association of Sugar Mills – UNICA and the Brazilian Government have been sharing the experience of the biofuel programs with India, especially regarding the blend of ethanol in the gasoline. Just this year, UNICA has come to India three times for activities in partnership with Indian Sugar Mill Association – ISMA and Society of Indian Automobile Manufacturers – SIAM. What Brazil wants is that India can have the same benefits that Brazil is having with the program, which is the reduction of air pollution, the destination of the sugarcane surplus and the decrease in the petrol imports.

To finalise, we cannot avoid mentioning the spread of COVID-19, which has disrupted global value chains. The dynamics of production, distribution and trade in agribusiness products are undergoing profound changes, influenced by inflexions in the supply and demand structure at the international level. At this critical moment, Brazilian food chains have proven to be resilient, with Brazilian agribusiness fulfilling its export contracts without interruption. In this context, the Brazilian Government agrees that a way out of the current crisis is through international cooperation and the strengthening of commercial partnerships. The deepening of ties between countries like Brazil and India, committed to reducing obstacles to trade in agriculture, is an indispensable instrument for the global economic recovery and the maintenance of food security.