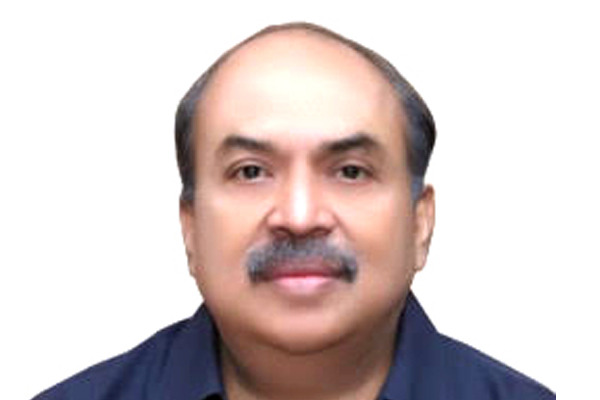 “Agriculture has a key role in making India a $5 trillion economy”, said Prime Minister Narendra Modi. There is no doubt that agro is a robust industry in India and being among the top five exporters across the globe, India is a key player in the global agriculture market, says Sanjay Agarwal, Secretary, Department of Agriculture, Cooperation & Farmers Welfare, Ministry of Agriculture & Farmers Welfare, Government of India, in an interview with Arpit Gupta of Elets News Network (ENN).

A snapshot of India’s robust agriculture sector can be defined by a few facts – the industry contributes to 15 percent of the GDP & livelihood for over 50 percent of the population. According to the Agriculture Ministry, India is the world’s largest producer of spices, pulses, milk, tea, cashew, jute, bananas, jackfruits, etc. It is the secondlargest producer of wheat, rice, fruits and vegetables, sugarcane, cotton and oilseeds. And, the country is ranked fourth among the largest producers of agrochemicals. Further, India boats of having largest livestock population of around 535.8 million which accounts to 31 percent of the world’s livestock. Also, the country has the largest land area under irrigation.

However, to enhance the agro-industry and aid the farmers, the Government of India is constantly putting in efforts to create a consistent and standardized Agri-framework across the country. The efforts are being made to attract capital and technology to the agrarian economy and provide better marketing interventions for both agricultural buyers & sellers. In this regard, the government has taken initiatives in the direction of providing seamless access to better marketing avenues for farmers’ produce and freeing up the sector from restrictive laws.

Farmers’ Produce Trade and Commerce Ordinance 2020 – The government of India passed this ordinance to end the monopoly of the APMC. This allowed farmers to freely purchase and sell agricultural produce opening multiple market options (inter and intra-state). Also, the ordinance open doors for more private players to enter the Agro market.

Farmers Agreement on Price Assurance and Farm services– The policy was constituted in order to provide the legal framework for agreements between farmers and buyers including processors, wholesalers, large retailers, etc. As there is direct contact of the buyer and the seller and there is no conflict of APMC, the farmers can get a fair and better price for their produce. Moreover, the payments will be faster and direct and the move also ensures a consistent income to farmers.

The Essential Commodities (Amendment) Ordinance 2020- The ordinance allowed the removal of restrictions on stocking food produce. However, the ordinance plays an important role in stabilizing market prices for consumers.

Other significant moves by the government to empower farmers and strengthen agriculture are– setting up of FPOs; inclusion of logistic players and transport aggregators; credit provisions for the farmers like Kisan Credit Card scheme; insurances; elimination of middlemen to ensure better remuneration to farmers and better prices to consumers.

The government of India’s recurring efforts to create free agri marketplaces is in consideration of numerous benefits the system can provide. The creation of such marketplaces will enable financial institutions to aid farmers with an effective approach like providing credit for crop management, farming tools, seeds, etc. Also, will pave an easier mode for farmers to gain credit when in need. Further, e-commerce firms can get into direct integration with the farmers and provide their consumers direct from farm to home farm produces. Moreover, the authorities have been putting in efforts to creating cheaper access to processing units. The recently introduced policy reforms can play an important role in creating access to cheaper and organised processing units. Free agri marketplaces will also see the inclusion of transport aggregators and logistic companies which are more tech-enabled and can bridge the gap from farmers to the end consumer.

There are numerous schemes and programmes that the Government of India has introduced to empower the agriculture sector in the country. From launching Agriculture Infrastructure Fund which offers a financing capacity of Rs 1 lakh crore to PACs, FPOs, Agro startups, PHM Infra projects, cold storages, etc. to additional credit boost through Kisan Credi Card scheme. Kisan Credit Card scheme was launched to provide farmers with an easier and faster source of credit which in turn increases their purchasing power. Also, it helps farmers to increase their credit score which makes them eligible to take more credit whenever required. Moreover, the government has been investing time, efforts and finds in developing digital and smart agriculture in the country. To achieve this, there is a need for more agri-tech startups and the adoption of better technologies. Also, there is a need to create farmers database which can pose a key enabler for online market places and smart agri.

Hence, to build a better and competitive advantage in the agriculture sector there is a need to create robust demands. Moreover, attractive opportunities should be kept on offer which is backed by favourable policies.