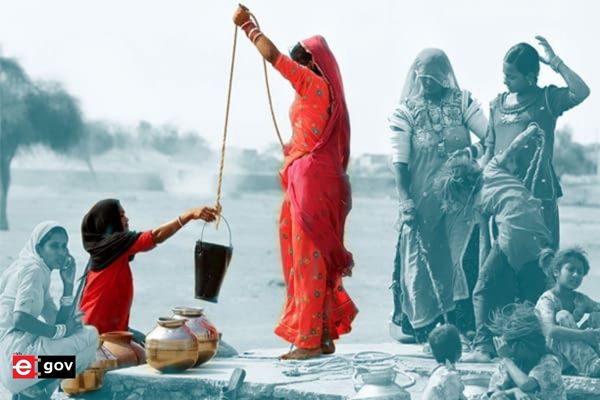 In the last few decades, I have rarely seen a household that is blessed with enough domestic water supplies, to whole- heartedly welcome a family visiting them during summer holidays. Just reverse the clock decade by decade and see the misfortune, due to water scarcity, of the present generation of us in comparison with earlier times, when society was in better position. Such an experience has a sorrowful influence on inter-family or friendly relationship, especially on children and youth, as they lack fond memories of times spent together, like their parents.

The future is even grimmer. Water woes are on the rise as we traverse our villages and towns; different tiers of cities and metros. As residents face severe shortage for enough water supplies for domestic use, actually, civic bodies are struggling to provide minimum supplies for drinking water, especially in summer during which the risk of waterborne diseases is high. Exploiting this huge gap in demand and supply, local private players are minting money. 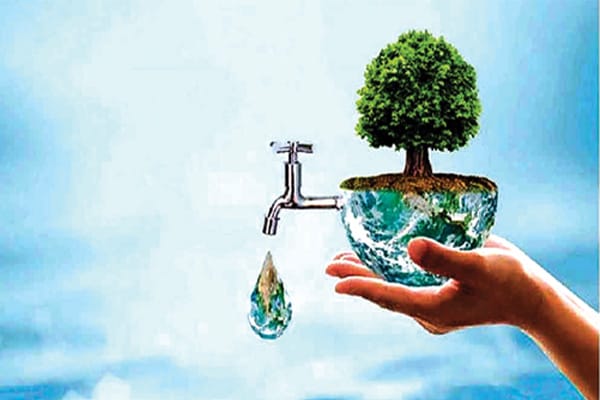 With their business unchecked for, public safety is at risk and may impact health. If such is the current situation, unless things are reversed and remedial measures are placed in the urban systems which serve more than half of the nation’s population, the future is highly worrying as coming generations can’t sustain and may suffer unimaginable hardship to life and health.

Hence, the mood of United Nations General Assembly in 2015 to adopt a blue print of 17 sustainable Development Goals (SDGs), towards achieving peace and prosperity of nations of world, is a welcome direction. Accordingly, every nation and its constituents need to substantially increase water-use efficiency across all sectors and ensure sustainable withdrawals and supply of freshwater, as per SDG 6.4, to address water scarcity by 2030. This requires efficient supply and delivery systems along with smart domestic gadgets that control water faucets and appliances that depend on water in domestic use. With increasing affordability of tools based on advances in information technology (IT) and internet of things (IoT) for use in SCADA systems or monitoring and operation systems at households, it is certain to improve water use efficiencies and conserving water. So, all stake holders must realise and come together to make every citizen’s life easy and sustain the development of urban systems for a better future.

The geographical area of India is 2.4% of the world’s land area but has about 17% of its population. There is only 4% of water on global scale to provide for its population and livestock for different uses. In addition, 80% of the annual rainfall is received from June to September and it is highly variable as some places receive less than 100 mm annual rainfall. The renewable surface and ground water are only dependent on precipitation. In general, it is classified as ‘water scarce’, when the per capita availability of water is below 1000 m3 per year. However, scarcity can be experienced in pre-monsoon months, commonly. Prolonged dry spells expected during the monsoon season due to climate change may also increase the scarcity period.

Various estimates indicate the proportion of groundwater is about 1/3 of total utilizable water. Whereas groundwater is readily available in places where it occurs, surface water can only be stored or diverted for our uses. As the supply side component is minimal and when the delivery side has the best mechanisms, groundwater systems are highly efficient. But as they are dependent on energy, solar-based pumping setup is proper for overall efficiency. This is important, especially in urban systems, as groundwater is the safest resource for residents in most towns and cities.

Coming to surface water systems, as they are mostly open gravity systems, lot of instrumentation is necessary to monitor and check the losses during storage, conveyance, in-situ etc. In surface water- dependent urban water systems, both supply and delivery components are crucial and need to be considerably instrumented systematically to help improve water use efficiency. 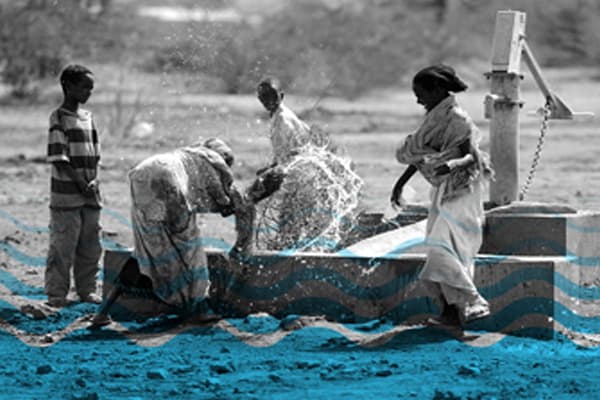 For over a decade, the vagaries of weather due to the effects of climate change are being faced in some critical hydro-climatic regions, which are important storehouses of India’s water resource. ‘Climate change’ is the noticeable response on Earth’s surface, to the stimulus of disturbance that changed the global energy balance. It is supposed to be the resultant of prolonged increased levels of greenhouse gasses from the use of fossil fuels. Its effects can be evidenced in the form of rise in global temperature and sea level; glacial retreat and decline of ice sheets; warming of oceans and ocean acidification etc.

As these have direct impact on hydrological processes at basin scale, the surface and groundwater occurrence and distribution are to be modeled based on recent recommendations of the Intergovernmental panel on climate change (IPCC). Urban areas, especially cities being hotspots of impacts due to climate change, when adhered to efficient renewable and green measures, may make huge difference to mitigate such impacts.

Thus, while undertaking hydrological modeling at river-basin scale, it is to be ensured that these are for recommend scenarios from projections of downscaled suit of latest global climate models developed under coupled model inter comparison project (CMIP) of world climate research programme (WRCP). It is often found that the modeled output simulated for a site varies over a large range. So, the challenge for practicing engineers is to address and justify the increase in project costs as the design practices are not yet standardized while preparing detailed project report (DPR) that addresses the risks of climate change. A scheme that is designed for a risk of a given return period may fail its expectations, as the climate change effects might have resulted in early failure than designed for.

It will be proper to specify the likely hood of failure of the design, under a range of reasonable occurrences simulated under climate change conditions in the river basin possible at the project site. Else, additional storage and costs necessary, to meet requirements under reasonable scenarios for projected climate change conditions of the river basin possible at the project site may be evaluated for decision makers to finalize upon. Thus, it is necessary to undertake studies to model supply and demands, considering the future under climate change scenarios for optimal water security under severe scarce situations to meet the goals under sub-theme SDG 6.4.