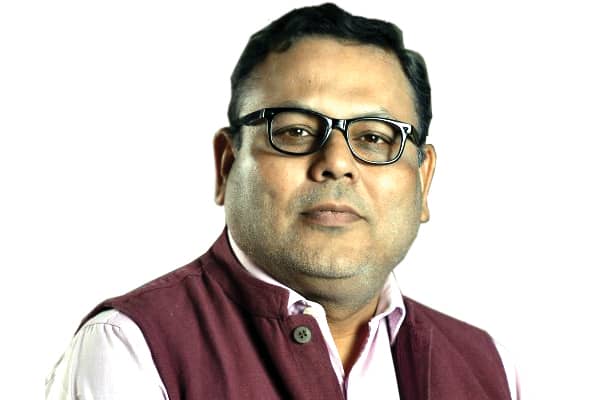 The World Heritage Convention aims to protect the most outstanding cultural and natural heritage places on Earth. Countries (States Parties) that have adhered to the World Heritage Convention accept an obligation to manage World Heritage properties on their territory to the highest standards of protection and periodically report on actions taken. Globally, UNESCO has enlisted 1154 sites as “World Heritage Sites”, of which, India has a total of 40 such sites till July 2021, writes Prof. Saswat Bandyopadhyay, Team Leader, World Bank – Cities Alliance Funded, Inclusive Heritage Cities Development Programme, Phase-I, India and Coordinator of Heritage Cities Group, Peer to Peer Exchange Network (PEARL).

The recent nomination of Dholavira as the 40th UNESCO World Heritage Site in India was received with greater enthusiasm and celebration all over the country. Similar enthusiasm was also displayed during the nomination of the Historic city of Ahmedabad in 2017 and the walled city of Jaipur in 2019. However, after the initial euphoria of being inscribed as a “UNESCO World Heritage site”, very few follow up actions are visible on the ground in these front running “world heritage cities” in India.

According to some local news reports, the city of Ahmedabad today lags far behind fulfilling its commitments as a UNESCO World Heritage City. Similar reports are also emanating from the walled city of Jaipur. Like the recent case of Liverpool, both these two cities are glaring at the risk of losing their world heritage status, if no substantial follow up actions are initiated towards managing their heritage assets.

According to the census 2011, India had over 7935 urban settlements, of which 4041 were statutory towns majority of which are endowed with incredibly rich cultural, built and natural heritage assets. However, India in general, and its cities in specific, continue to struggle to manage these assets and continue to lose them at an alarming pace.

Interestingly, India has a long legacy for the protection of heritage assets. The Archaeological Society of India was founded in 1861 with the mandate of “superintending a complete search over the whole country and prepare a systematic record and description of all archaeological and other remains that are unique for their antiquity, historical interests and beauty”.

This was followed by the Indian Treasure Trove Act of 1878, which is still operational and helpful in building its antiquarian wealth. The act pertaining to ancient monuments was enacted in 1904, followed by the Antiquities Export Prohibition Act of 1947. The Ancient Monuments Act was re-enacted as the Ancient Monuments Act and Archaeological Sites and Remains Act of 1958. This was further amended and updated in 2010.

Similarly, item 67 of the union list, item 12 of the state list and item 40 of the concurrent list of the constitution highlight the need for heritage conservation and protection.

While these legislative instruments together were largely successful in safeguarding India’s ancient sites and monuments, however, the legal and financial instruments towards the management of heritage assets in urban areas, have remained quite sketchy.

Over the decades, the very definition of heritage has also undergone fundamental changes from its earlier confinement of tangible monuments to a variety of tangible and intangible elements, located in diverse contexts. The laws creating municipal corporations in India do not specifically mention that the protection of heritage is a subject within the jurisdiction of the municipal corporation. Consequently, municipalities do not consider it their responsibility to safeguard the heritage assets and properties.

When the 74th Constitutional Amendment was passed, a list of 18 functions was enumerated in the 12th Schedule under Article 243W which would devolve to the Urban Local Body. However, there is no mention of “heritage”, except for entry 13, which mentions, “promotion of cultural, educational and aesthetic aspects”.

In response to this regulatory void, some states like Rajasthan Gujarat, Andhra, Karnataka, Maharashtra and Puducherry and municipal corporations like Hyderabad, Ahmedabad and Mumbai have attempted to develop their own context-specific regulatory and institutional frameworks. In 2011, the Town and Country Planning Organisation (TCPO), Government of India, has also launched a Model Heritage Regulations to guide these state-specific initiatives. However, these initiatives have mostly remained sporadic and case-specific, national-level mainstreaming have not been attempted so far.

In India, the public discourses related to heritage management are largely dominated by Conservation Architects who generally specialise in the conservation of facades, historic buildings, and artefacts. In the presentday context, the subject of urban heritage management demands a complex set of skills and knowledge pertaining to structural engineering, municipal laws, infrastructure technologies, disaster management, urban planning, finance and governance, besides the knowledge of conservation. 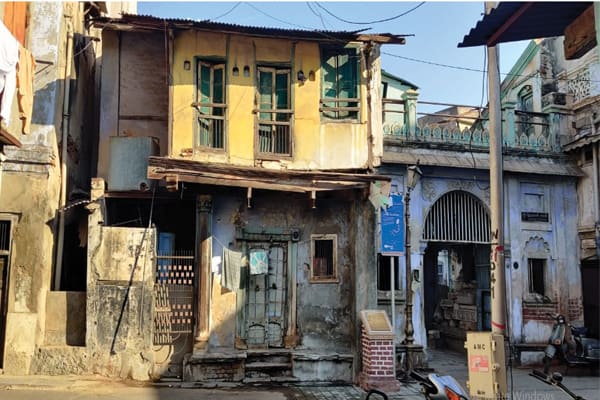 So far, the professional education and training of conservation professionals have not been able to respond to these emerging complexities and challenges of urban heritage management in the context of emerging economies like India. Much of the heritage conservation narratives and discourses are drawn from the northern contexts like Europe and America and local theorisation have not developed

Limited exposure to the issues of climate change, poverty, public systems and governance, infrastructure, combined with the ultracrepidarian attitudes, have led to narrowly focussed discourses, without making any major value addition to the overall urban heritage management paradigm in the country. The other major challenge of heritage management in India is the issue of heritage economics and finance. Conservation and management of heritage assets are resource-intensive. For example, the majority of the 3000 listed heritage buildings in Ahmedabad are under private ownership. A very conservative estimate towards the conservation of these buildings would vary anywhere between Rs 2100-3000 crore. Added to this is the cost of restoration of public spaces, utilities, fire and disaster safety equipment etc. An area of approximately 2.50 sq km of the core precincts (out of the total 5.50 sq km area inscribed) may require investments to the tune of Rs 1000- 1200 crore.

There exists a policy vacuum about the role of the society and the state in maintaining these “privately-owned” heritage assets. Although, there have been some sporadic attempts to use land value capturing tools like “Heritage TDRs” to incentivise the private heritage homeowners. However, to date, no credible analysis of how to finance heritage conservation actions at an urban scale is available.

Recognising the complexities and pressure associated with the historic cities due to rapid urbanisation, climate change, economic meltdown and growing poverty and inequality, in 2011, UNESCO launched the “historic urban landscape (HUL)” to strike a new balance between the urban development and heritage management.

In its “New Life for Historic Cities”, in 2013, this historic urban landscape approach was further explained through the iconic image, called “Layers of the City”, where the need to understand the broader urban development and geographic contexts were emphasised:

“Cities are dynamic organisms. There is not a single ‘historic’ city in the world that has retained its original character: the concept is a moving target, destined to change with society itself. To preserve the urban historic landscape, strategic and dynamic alliances need to be built between various actors in the urban scene, foremost between public authorities that manage the city and developers and entrepreneurs that operate in the city.”

The “ Layers of the City” clearly highlights the multi-disciplinary and collaborative nature of modern heritage management which intertwines the disciplines of Architecture, Engineering, Technology, Planning, Management, Finance and other related subject areas.

Target 11.4 under SDG 11 calls for strengthening efforts to protect and safeguard the world’s cultural and natural heritage. To achieve the SDG 11.4 targets, India needs a paradigm shift in its approach towards urban heritage management.