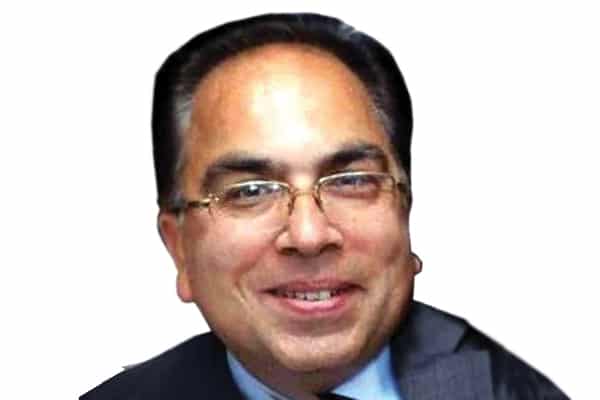 India has experienced fast urbanisation since its independence. Urbanisation is best defined as ‘messy’ due to the unplanned, spontaneous growth and the resulting city sprawl. Very few greenfield planned cities have been developed in the post-independence era and there has been unrelenting population pressure on the existing cities. This has resulted in urban decay, exacerbated due to less than adequate response to the demand for urban services, writes Dhiraj Ajay Suri, Senior Adviser – Inclusive Development, National Institute of Urban Affairs (NIUA).

Indian cities are also characterised by historic city core areas with dense populations but also a high concentration of the city’s heritage assets. Urban heritage in India includes tangible assets such as manmade heritage structures and natural landscape, and intangible assets such as traditional crafts and practices. The urban heritage not only provides a distinct identity to the city but has also provided critical services, such as housing and water supply, for example, the historic step-wells and ponds.

Varanasi best exemplifies the relevance of heritage assets in core dense settlements. Historically, the city had over 100 ponds which not only provided water for household use and open spaces in the neighbourhoods but also formed the flood management system as these were interlinked and connected to the Ganges.

The unplanned expansion of Indian cities in the face of migration-led fast urbanisation has resulted in chaotic construction to accommodate the growing population with little concern for the significance of historic areas and heritage assets for the city’s character formation and evolution. There is a conflict in historic city cores between retaining the city-defining heritage and meeting the habitat needs of the growing population. The ponds in Varanasi, for example, have been lost over the years to the demands of urbanisation. The city core areas historically had mixed land use – serving as the economic hub and also housing the city’s elite class. Over the years, these areas have become commercial hubs with reverse gentrification – the elite moved out to better planned residential neighbourhoods in the city and the poor migrants moved in due to low rentals of the dilapidated buildings and proximity to employment opportunities.

The approach to preserving the heritagedefined city identity may be to move from the exclusive focus on conservation and preservation of heritage structures to the inclusive approach to use the rich heritage legacy for contemporary social, ecological and economic development in cities. In effect, it would mean an expansion of the monument-centric approach to cover historic precincts and improve the urban services to the benefit of the communities (local area development); use the tangible and intangible assets to catalyse the local economic development; and, stronger linkage of heritage-based economic enterprises with the city value chain. The endeavour should be to promote an integrated rather than sectoral approach for the provision of critical infrastructure and services in historic cores and integration of these areas and the heritage in the broader city-wide socio-economic and physical development. The approach will also contribute to the reduction in urban poverty since historic areas in many cities have a large concentration of the urban poor. The cities need to be equipped with the requisite knowledge, application tools and skillsets for integrating cultural heritage management with city development.

There is the need to adopt a peoplecentric, area-based approach to heritage conservation and city development “inclusive urban renewal”, which places heritage valuation and conservation at the core of city-wide development. The aim should be to unlock the assets of the local communities for improved living standards and socio-economic opportunities for poor residents while promoting a culturally dynamic growth pattern at the city level and stewarding its unique heritage.

The integrated approach requires that the national policymakers, state governments, urban local bodies and sector professionals in India are equipped with knowledge on good practices; there are appropriate institutional arrangements in cities; and, financial and management incentives are designed to enable them to revisit their development strategies and manage their unique heritage as a vital element of inclusive city development and investments.

An institutional set-up, at the city level, needs to be designed and implanted for multi-stakeholder engagement and integration of cultural heritage management with city development and local economic development. The communities in the cities need to be mobilised and engaged with other stakeholders in the valuation and profiling of city heritage assets, preparation of city heritage management plan and an investment plan for the management of prioritised heritage assets and local economic development. Chand Baori in Abhaneri, a small village near Jaipur, Rajasthan

●  Adoption of an integrated heritage management and city development approach will enable cities to better manage urbanisation and distribute its benefits by valuing and leveraging their existing heritage assets.

●  The integrated approach will contribute to urban revitalisation while being sensitive to the preservation of city heritage by improving urban services for the communities living in the historic precincts.

●  Easy access to information and appropriate tools with enhanced capacities will help cities to effectively utilise funds earmarked for “urban renewal” – earlier under JNNURM and currently under the Smart Cities Mission of the national government.