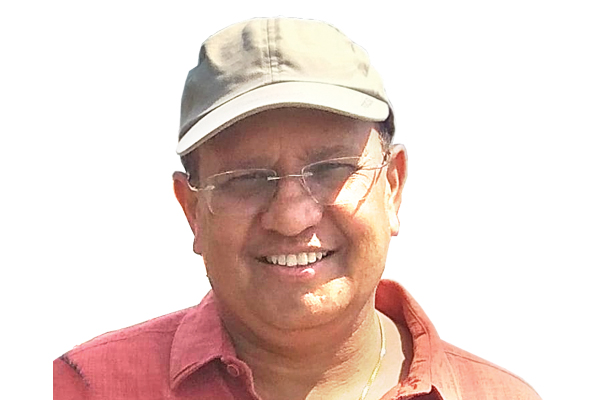 India embarked on economic and structural reforms in 1991 and the 74th Constitutional Amendment Act (CAA) came into force in 1993, it was hoped that municipalities would gradually become financially selfsustainable. Dr Sandeep Thakur, Associate Professor and Head-Centre for Municipal Finance, National Institute of Urban Affairs (NIUA), gives an overview of Basic and Performance Grants.

In the past three decades, various strategic initiatives have been taken to streamline municipal finances. However, success in making municipalities self-sustainable is still a challenging job. The financial resources of municipalities are scarce and unable to meet the expenditure requirements, and therefore the dependence on the other two upper tiers of government (Centre and State) is substantially high.

Intergovernmental transfers from higher tiers of government constitute a significant component of municipal revenue. Under the provision of 243 Y of 74th CAA and Article 280(3)(c) of the Constitution, States and Central governments have to constitute the State Finance Commissions (SFC) and Central Finance Commission (FC) every five-year. The SFCs are to recommend the distribution between the state and the municipalities of net proceeds of taxes, duties, tolls and fees leviable by the states. Similarly, the central finance commission is obliged to make recommendations regarding the measures needed to augment the consolidated fund of the states for supplementation of the resources of the municipalities.

During the period of 2015-16 to 2019-20, the 14th FC aimed at the improvement of basic services and also continued with the concept of Basic and Performance Grant with ratio 80:20 respectively. The Basic Grant was accessed by all the States unconditionally while the Performance Grant was conditional and available to States upon fulfilment of three mandatory conditions. However, in order to assess the performance of ULBs more objectively, these three conditions were amplified by introducing a Performance Grant (PG) Scheme which was formulated by the MoHUA. During the three-year period i.e. 2017-18, 2018-19 and 2019-20, for each year, around 2000+ municipalities were found eligible for the Performance Grant. Importantly, the Performance Grant, for the last two years i.e. 2018-19 and 2019-20, was not disbursed by MoF, therefore, the percentage of disbursal of performance grant is found to be abysmally low i.e. 34 per cent only. Two issues emerged, one, overall the number of qualifying municipalities were only around 50 per cent whereas some of the states couldn’t even qualify at all and for some other states, the number of qualified municipalities was abysmally low. The first indicator under the PG Scheme of the ratio of own revenue to revenue expenditure was found to be the toughest condition and many municipalities could not meet this criterion; the municipalities which could not even meet out their establishment and salaries expenditure from own revenue were the worst-performing municipalities.

Recently the 15th FC has submitted its Report for the period of 2021-22 to 2025-26 and has discontinued the concept of Basic and Performance Grant. In order to access the ULBs grant, it’s conditional on achieving four mandatory conditions whereas, under the 14th FC period, only performance grant (20 per cent) was conditional. The conditions are:
●Deadline of March 2024 set for states to strengthen SFCs and table action taken reports in state legislatures
●Publishing of Audited Accounts
●Fixation of minimum floor rates for Property Tax Floor
●Improvement in Property Tax collections in tandem with the growth rate of GSDP.

To achieve an increase in property tax in tandem with the growth of GSDP is a very tough condition especially for small and medium-sized municipalities. On comparing, per capita growth of GSDP and Property Tax during 2016-17 and 2017-18, it has been found that most of the municipalities’ property tax collections have grown at a much slower rate than the respective State’s GSDP growth rate. Some of the States have even registered negative growth in property tax collections. An increase in GSDP depends upon three crucial sectors namely primary sector such as agriculture, forestry, and fishing; secondary sector such as manufacturing, electricity, gas, water supply & other utility services and construction; and the tertiary sector such as trade, repair, hotels and restaurants, transport, storage, communication and services related to broadcasting, financial services, real estate, ownership of dwelling & professional services, public administration and other services.

As mentioned above also, it has been observed that under the regime of the 13th and 14th FCs, the states and municipalities faced great difficulty in aligning with performance-related conditions. It seems during the 15th FC regime also, municipalities are going to face a very tough task ahead in accessing the FC’s grant due to the four mandatory conditions recommended by the 15th FC especially the condition related to improvement in property tax collections in tandem with the growth rate of GSDP. Due to this stringent condition, Rs 1,21,055 crore recommended by the 15th FC for drinking water supply, sanitation, solid waste management, and ambient air quality, etc., would be at stake and it is feared that many municipalities might lose the 15th FC grant completely in the coming years.