Elets eGov
Home Article New Milestones of Progress being set up by the IT & Electronics...
Facebook
Twitter
WhatsApp
Linkedin Given the globalization of the economy and the increasing usage of technology in everyday life, the Government of Uttar Pradesh has taken various steps and announced new policies to encourage the investment in IT and Electronics sector in the state, writes Arpit Gupta of Elets News Network (ENN).

After the formation of new Government in 2017, the “Electronics Manufacturing Policy 2017” was announced in December 2017 to attract investment in the electronics sector in the state. Noida, Greater Noida and Yamuna Expressway areas located in the National Capital Region were declared as “Electronics Manufacturing Zones” under the policy. The policy had a great success and was able to achieve its targets of attracting investment and employment both.

To promote research, innovation and entrepreneurship in the ESDM industry, world-class infrastructure will be created in the state as 3 Centers of Excellence in collaboration with the Government of India and industry associations. In this order, the Center of Excellence (COE) for product-based Li-ion cells has been given in-principle approval by the state government. 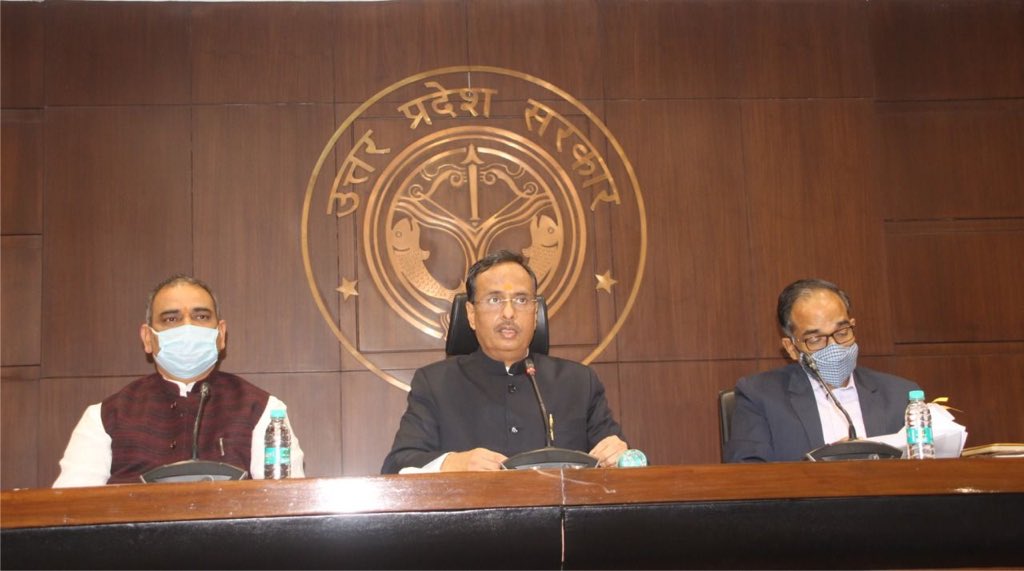 To promote the IT industry, the IT Parks are being developed with an investment of approx Rs 200 crore in all 18 divisions of the state by Software Technology Parks of India (STPI), a Government of India organization. Operation in these IT parks in Meerut, Agra, Gorakhpur and Varanasi is expected to begin in the first half of the coming year. Apart from this, the actions are being taken to start the work for the development of IT parks in Aligarh, Saharanpur, Azamgarh and Jhansi.

As a result of the state government’s initiative, 18 incubators in prestigious educational institutions of the state like IIM Lucknow, IIT Kanpur, IIT BHU, Abdul Kalam University of Technology, Amity University, KIET Ghaziabad have started their operations after approval by the State Government. At present, more than 3300 start-up units have become operational in the state. An online portal has been launched to promote incubators, startups and other ecosystem stakeholders to engage with respective Nodal Agency. To meet the financial requirements of the needy startups, a 1000 Crore Fund of Funds has been set up by the State Government with the help of SIDBI which is expected to be operational soon.

As a result of the successful efforts by the state government to encourage start-ups, Uttar Pradesh has been placed in the category of ‘Emerging Startup Ecosystem’ under the State Start-up Ranking 2019. Under the Uttar Pradesh Start-up Policy 2020, startups in all sectors including Agriculture, Medicine and Health, Energy, khadi, Education, Tourism, Transport, etc. will get encouragement. The newly launched Startup Policy 2020 has been made sector agnostic to promote start-ups in non-IT sectors as well such as Agriculture, Healthcare, Sports, Tourism, Education, Transport etc.

Policy aims to set up more than 100 incubators, minimum one in each district of the state and creation of an eco-system compatible with the establishment of at least 10,000 startups in the state. With the implementation of the policy, it is expected to generate direct employment for 50,000 youth and indirect employment of 10,000,00 in the state. In the recently concluded Policy Implementation Meeting, seven new incubators were approved in various districts such as Banda, Varanasi, Noida, Lucknow, Mathura and Ghaziabad.

Under the Startup Policy -2020, three state-of-the-art centres of excellence are to be set up in the state, out of which the Center of Excellence in Medi-tech, Technology in SGPGI Lucknow campus is in progress.

A new dedicated policy is proposed to attract investment in the Data Center industry in the state. The State Government has decided to formulate a Data Center Policy. Under the proposed policy, 250 megawatts data centre industry is to be developed in the state, attracting an investment of approx. Rs 20,000 crore and setting up at least three state-of-the-art private data centre parks in the state. Under the policy, various non-financial incentives are proposed to Data Center Parks and Data Center Units, in addition to capital subsidy, interest subsidy, an exemption in stamp duty on purchase/lease of land and financial incentives related to energy. Additional incentives have been proposed for Bundelkhand and Purvanchal regions.

To eliminate the interference of anti-social elements in the transparent and clean administration and tendering process, the e-tendering system has been implemented by the government in all departments of government since May 2017 in which all tenders above Rs.10 lakh are invited through e-tendering only.

Also Read: UP Govt aims to establish IT parks in all divisions in collaboration with STPI

Uttar Pradesh is the first State Government to have implemented the e-tendering system and was given the ‘Best Performance Award’ among the top-performing states during the period from April 2017 to March 2018.

Uttar Pradesh State Data Centre is operational in Lucknow since Aug 2012. This is an ISO 27001 and ISO 20000 certified Tier II Data centre running with uptime of 99.98%.  Currently, 155 Departmental portals/ Applications have been hosted in UPSDC.

Chief Minister Helpline is a dedicated 500 Seater Call Centre redressing citizen’s grievances in time-bound manner.  It is operational with the capacity of 80,000 inbound & 55,000 outbound calls per day.

A State DBT Portal has been developed & hosted at Uttar Pradesh State Data Centre (UPSDC). Presently, 130 DBT Schemes of 27 departments have been on-boarded on State DBT Portal. During the Financial year 2020-21, more than 56,000 Crores money transferred to beneficiaries’ bank account directly through DBT.