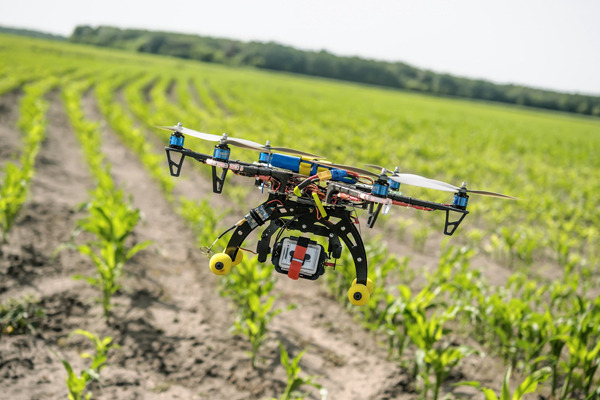 The COVID crisis has exposed the vulnerability of India’s Agriculture sector. In response, the Government of India has been actively taking measures to induce safety nets and funds to aid farmers. Further, the government has rolled out schemes like Kisan Credit Card, eNam, ‘Voca for Local’ campaign to empower the agrarian sector. However, a question arises, can Agriculture be a dark horse to pull Indian markets out of the crisis, writes Adarsh Som of Elets News Network (ENN).

The COVID crisis has been hardhitting for the entire economy. However, being at the core of the essential supplies, Agriculture sector has been pillared by the government to ensure the uninterrupted supplies. The major blow to the Agro-industry was the closure of hotels, restaurants, catering services and other such commercial consumers due to the COVID-induced lockdowns. Moreover, due to physical distancing norms and lack of direct connection to major markets, farmers were struggling to sell their produce at a decent price. Dairy farmers also were impacted indirectly as the consumers reduced. Many people stopped buying milk or reduced the amount they used to buy usually. Further, at many places, people were not allowed to move out, and the milk had to be delivered at their doorsteps. This added to the cost of government suppliers who were procuring even the share.

which was earlier supplied to commercial customers like restaurants and hotels to ensure necessary revenue to farmers. Hence, the procurement almost doubled, but the revenue collection dropped. This, in turn, resulted in delayed payments to the dairy farmers by the government agencies. Reverse migration of the farm labourers posed another significant issue.

However, the government proactively stepped in and came up with relief measures. The Union Finance Minister, Nirmala Sitharaman announced a Rs 1.7 trillion package to aid the vulnerable section which included farmers as well. The package included an immediate direct benefit transfer of Rs 2000 to farmers’ bank accounts under the PM-KISAN scheme. Further, the government increased the wages under NREGS scheme. Moreover, Prime Minister Narendra Modi announced a special scheme ‘Pradhan Mantri Garib Kalyan Yojana’ specifically for the poor and the vulnerable to aid them to sail through the crisis. Another of the significant moves was the moratoriums. Reserve Bank of India (RBI) granted three-month moratorium with 3 percent concessions on the interest rate of crop loans. Such steps by the government reduced the pressure on the farmers.

The Road to Economic Recovery in Post COVID Era

The Centre and the states have been prompt in aiding agriculture to surf through the unprecedented crisis. However, to reboot the sector and strengthen it enough to kickstart the economic wheel, further effective measures were needed.

One of the significant moves in the direction of transforming India’s agriculture scenario was a temporary suspension of the Agriculture Produce Market Committee (APMC) Act. The government, through this, allowed the farmers to sell their produce outside the conventional markets and wherever they find better revenues. The move developed a consensus across the country for concerned authorities to come up with newer agricultural marketing strategies and plans. Further, the removal of restrictions even allowed private players to step in and buy directly from the farmers opening doors for them to sell their produce at better prices.

Following the onset of the COVID pandemic, government across the globe have realised the value of technology and digital operations. And, industries have started leveraging technology to resume functioning. Similar steps are being taken to augment the agrarian sector. On May 14, the government rolled out Kisan Credit Card (KCC) scheme under the Aatma Nirbhar Bharat Abhiyan. As of yet 2.5 crore farmers, beneficiaries of the PM KISAN scheme, have been roped in the ambit of KCC. Through the credit card, farmers are eligible to get short-term crop loans up to Rs 1 lakh without collateral. Moreover, as per the Finance Minister’s address to the nation, only in July, over 41.66 lakh KCCs have been approved with nearly Rs 27,000 crore credit limit.

In a most recent move to further improve the KCC system, State Bank of India (SBI) introduced an online portal on its YONO Krishi platform. The KCC holders can access the portal to check their credit limit and apply for revisions if needed. This prevents the farmers from visiting the bank time and again and saves on to the time, money and efforts. 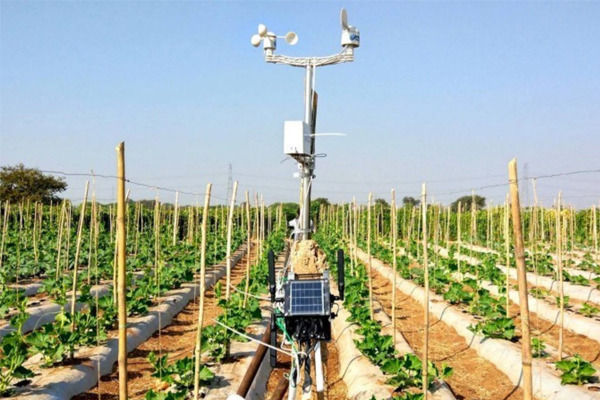 Another significant measure to aid farmers and strengthen the agro supply chains is the integration of e-commerce industry and delivery companies with the agriculture directly. With e-commerce platforms procuring the produce from directly from the farms and delivery companies ensuring supplies to every nook and corner of the country can augment the present supply chains.

According to PS Pradyumna, Commissioner, Agriculture Marketing & Co-operation Department, Andhra Pradesh, “To improve the present agro supply chains, there should be a common nationwide portal for the exchange of commodities which ‘eNam’ is trying to create. Secondly, each agricultural commodity should be qualitymove assured. If the local people are trained to do the quality assessment, the physical testing and chemical testing, our agricultural products will get more value for export. Next, transport aggregators can be brought in the agroprocessing industry for logistics and other requirements. This can streamline the work further.”

Moreover, to inform farmers with real-time pricing information, a dashboard or mobile application can be developed and integrated with the national portal. One of the excellent examples to aid the logistics process is the use of SMS-based pre-registration systems. The state of Madhya Pradesh is already using the system, and the other states should also look at adopting such measures. Furthermore, technologies like drip irrigation can be used for reducing water usage. Drones can be a useful measure for monitoring and sprinkling of pesticides and more such technologies.

As a matter of fact, the government of India has been pushing hard to strengthen the agriculture sector and rural and tribal economies. The initiatives being taken are historical and are in the direction of enhancing local businesses and markets wherein agriculture holds a major share. Hence, it will not be wrong to say that strengthening local produce, rural and tribal markets, India will take a leap towards becoming a self-reliant nation reviving the dwindling economy in an even better manner.