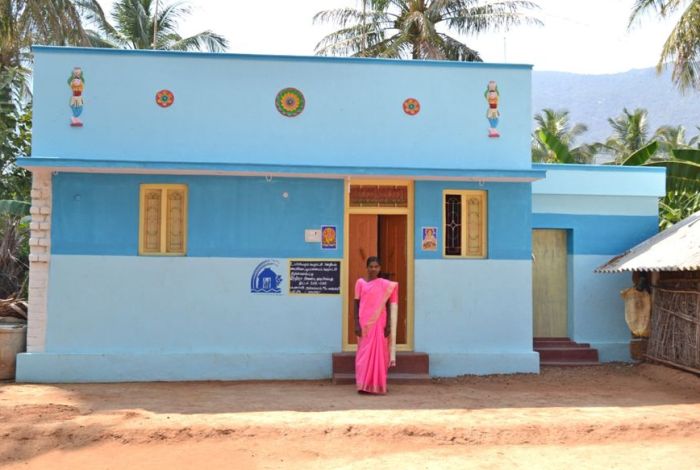 Rajiv Gandhi Rural Housing Corporation Limited (RGHCL), Government of Karnataka has implemented an array of housing schemes in a bid to provide housing for socially and economically weaker sections of the society. This article by Dr V Ram Prasath Manohar, Managing Director, RGHCL brings an in-depth analysis of the schemes, eligibility criteria for beneficiaries and the innovations brought by the corporation.

Rajiv Gandhi Rural Housing Corporation (RGHC) is a Government of Karnataka undertaking, which was established in 2000 as a special purpose vehicle. The objective of RGHC is to provide housing for socially and economically weaker sections of the society through effective implementation of Central and State housing schemes. The Corporation plays a vital role in providing shelter to the poor and needy in every nook and corner of the State, both in Rural and Urban areas as per the policy directions issued by the Government of Karnataka and the Government of India.

Within this scheme, the State Government sponsors housing facilities to the people belonging to the economically and socially backward and homeless people residing in rural areas. The beneficiary’s income should fall below the poverty line. (the present BPL limit is Rs 32,000 per annum). The beneficiaries are selected by Gram Panchayats through Gram Sabhas based on the list of houseless and siteless people. The financial assistance under this scheme is Rs 1,20,000.

Prime Minister Awas Yojana (PMAYRural) is the flagship project of the Union Government’s Rural Development ministry, renamed the Indira Awas Yojana from 2016-17. The central government has listed a total of 6,38,757 beneficiaries on the basis of socioeconomic caste and census (SECC2011), and the eligible beneficiaries in the list should be selected as per the scheme guidelines. The list was reviewed by the Grama Panchayat and found that there were 2,35,348 eligible and 4,03,409 ineligible beneficiaries.

The Vajpayee Urban Housing Scheme is aimed to provide housing facility to the Economically Weaker Section (EWS) category homeless people of the urban areas. Prior to 2010-11, the scheme was named as Urban Ashraya. The applicants should belong to General category with annual income not exceeding Rs 87,600.

The Government has initiated this scheme for 14 special categories of people. The categories include people who are physically challenged, leprosy affected or cured, HIV affected, transgender, sex workers, devadasis among others.

The Government is implementing the Dr BR Ambedkar Nivas Scheme from 2015-16 to provide housing facilities for economically and socially backward SC and ST beneficiaries of Urban and Rural areas. The applicant’s family annual income should be less than Rs 32,000 in rural areas and Rs 87,600 in the urban area.

The Government of Karnataka is implementing two main sites Schemes for site-less beneficiaries’ through-out the state viz., Rural Ashraya House Sites Scheme and Vajapayee Urban House Site Scheme. Under all the Housing Schemes, one of the pre-condition for selection of beneficiaries is the beneficiary should have a housing site.

Bengaluru city population has crossed one crore and it is one of the fastest growing metropolis in the world today. Housing is among the core unmet needs of this expanding city; especially of the Economically Weaker Sections (EWS). In this context, in the Annual Budget speck 2017-18, Government has announced plans to construct one lakh Affordable houses at Bengaluru for the EWS.

The scheme implementation takes place based on the Demand Survey.

In order to implement the Mission effectively in the State, 271 ULBs have undertaken a demand survey through suitable means for assessing the actual demand of housing, along with the interventions selected out of four verticals by the beneficiaries, the projection of fund requirement.

State has identified RGHCL as State Level Nodal Agency (SLNA) for the successful implementation of the projects.

Review of progress based on automatic Global Information System (GIS): Beneficiaries constructing houses are uploading online through GPS based mobile. The technology is being installed to review of these houses through automatic GIS.

• Enclosure of Gram Sabha or Urban Ashraya Committee Resolution of the selected beneficiaries: After GPS verification of vacant site, the eligible beneficiaries’ details along with the Gram Sabha or Urban Ashraya Committee Resolution copy should be uploaded in Corporation’s Website by the Executive Officer of TP in respect of Rural and Chief officer/Commissioner in respect of Urban, after verification of beneficiary list to the respective Resolutions. If found correct, the same will be approved by officers or Commissioner through his/her Digital Signature.

• Once the approval from RGHCL, SMS will be sent automatically to all the Implementing officers informing that the approval to beneficiaries list submitted has been sanctioned.

• Along with the Implementing Officers, SMS will be sent to the beneficiaries informing their selection. Details of bank account opening, stage-wise fund release information, reasons for non-release / rejection will also be intimated to the beneficiary.

• Beneficiary-wise work order will be generated online and the same can be taken print out by the Local Bodies and issued within three days of approval.

Also Read: Housing for All aims to complete construction of houses under Pradhan Mantri Awas Yojana (Urban) by 2022

• Installing Customer Service Centre: Personnels have been appointed to receive calls from the district or taluk or villages to the corporation, to facilitate immediate compensation for the corporation complaints.