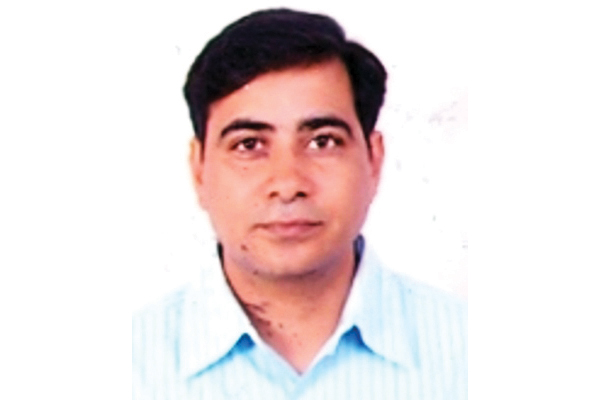 The Government of Karnataka has launched the ‘Rs. 1 lakh Multi Storey Housing Scheme’ in Bangalore to address the ever increasing affordable housing demand in the urban areas. This project is the first-of-its-kind from the Karnataka government, especially designed and planned to provide affordable housing to the urban poor, says Manoj Kumar Meena, Secretary, State Housing Department, Government of Karnataka, in an interview with Smriti Bajaj of Elets News Network (ENN).

Tell us about the housing scenario in Karnataka.

The Housing Department is playing a significant role in providing shelter to the poor and needy both in rural and urban areas as per the policy directions issued by the Government of Karnataka and the Government of India. Under the aegis of Housing Department, Rajiv Gandhi Housing Corporation Limited, Karnataka Slum Development Board, and Karnataka Housing Board are implementing various housing schemes in urban and rural areas. Urban Local Bodies (ULBs), Urban Development Authorities, Nirmithi Kendra, Karnataka State Habitat Centre, Gram Panchayats are also primary stakeholders in the implementation of the housing schemes. In the state of Karnataka, a survey was conducted in all ULBs during 2016-17 and 2017-18 to assess the housing demand under the Pradhan Mantri Awas Yojana (Urban). The total housing shortage assessed in the urban area is 12.26 lakh households, of which, 8.96 lakh are siteless and 3.30 lakh are houseless in the urban areas.

Similarly, a survey was conducted in rural areas of the state during 2018-19 under PMAY (Rural). It was found that there is a demand of 25.28 lakh houses in the rural areas, of which, 18.73 lakh are houseless and 6.5 lakh are siteless.

Under these schemes, the Government of Karnataka has completed 43,65,920 houses. The state government is providing adequate budget in view of the assessed demand every year.

Affordable housing is a big concern in fast growing cities like Bengaluru. How do you plan to address it?

The Demand for affordable housing is always high, but the supply is short, be it in any metropolitan city. In cities like Bengaluru providing shelter to all eligible beneficiaries is a challenge in itself. Almost 35-40% of tenants spend half of their income on rent which results in extreme cost burden, making city life miserable.

Also Read: Housing for All Set to Become a Reality by 2022

The Government of Karnataka has launched the ‘Rs. 1 lakh Multi Storey Housing Scheme’ in Bangalore to address the ever increasing affordable housing demand in the urban areas. This project is the first-of-its-kind from the Karnataka government, especially designed and planned to provide affordable housing to the urban poor. Keeping in view the need to accommodate a large number of beneficiaries within the available land, the original plan of G+3 floor apartments has been increased to G+14 floors. The scheme has been formulated based on a self sustaining model for the construction of Rs 1 lakh multi-storey houses in and around Bengaluru for the EWS and other eligible poor. The projects are built on the government land provided by the Revenue Department by mobilising the funds under state schemes such as Dr Ambedkar Nivas Yojana and Vajpayee Urban Housing, etc, in convergence with the Housing for All (HFA) scheme of the Government of India along with beneficiary contribution and crosssubsidy by leveraging suitable Government lands wherever possible under PPP model.

Tell us about PPP opportunities in the Karnataka Housing sector.

The Government of Karnataka will promote Public-Private Partnerships in planning and funding, based on potential. The state will select or develop suitable models for housing in accordance with the Master Plan. The state will also constitute Residents’ Welfare Associations (RWAs) for operation and maintenance of created assets within the boundaries of the colonies.