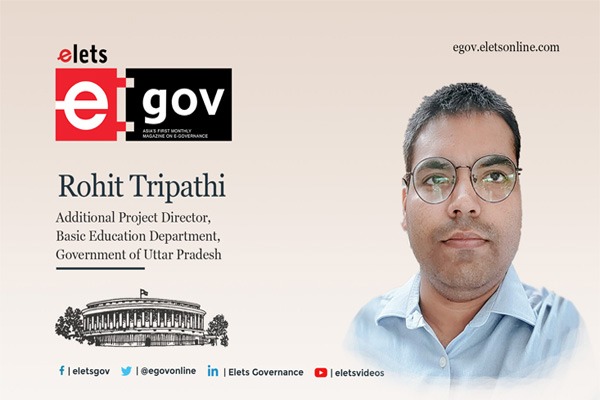 Talking about the pre and post COVID education scenario of UP, Rohit Tripathi, Additional Project Director, Basic Education Department, Government of Uttar Pradesh said, “Before the pandemic, we were not much into digital education space, but COVID gave us the opportunity and we took it upfront.”

Sharing about a study which his department did in Varanasi to ascertain the number of children equipped with digital devices, Tripathi said “it was a sample of 14,000 students and out of those, 1500 had no devices, 7,000 had feature phones and rest 5,000 had smartphones, but only 500 of those had data pack.” The department did another survey to know whether the children had smart TV with DTH connection and those numbers were also not very promising. Community radio was also one of the means through which the department tried to impart education.

Highlighting the initiatives the department took to impart digital education to students, Tripathi said, “We adopted Diksha, which was the Government of India’s mandate, we adopted WhatsApp groups, PM e-Vidya, and our teachers too did a collaboration on the Microsoft Teams.”

Talking about the means through which the department is equipping schools, Tripathi said, “Our department is contemplating to have maximum number of smart classes, two tablets per school to impart digital education and for some administrative works as well. We are also inviting the community to donate digital devices to our schools.”