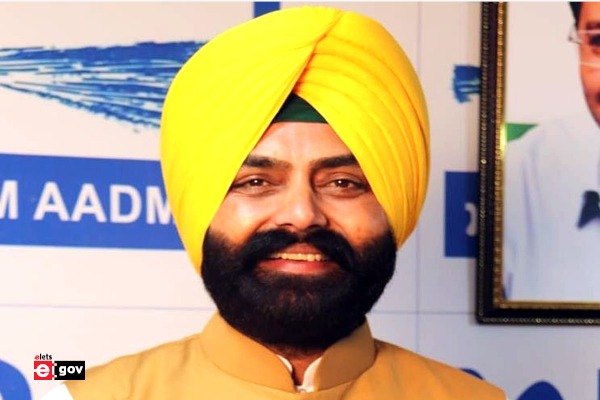 Punjab Animal Husbandry, Fisheries and Dairy Development Minister S. Laljit Singh Bhullar, on Monday, directed field veterinary staff to intensify the campaign launched by the state government for prevention of contagious lumpy skin disease found among animals in some parts of the state, besides ensuring strict compliance of the advisory and guidelines issued by the government.

The minister said that the infectious viral skin disease, ‘lumpy skin’, which is caused by a virus of capripox genus, spreads rapidly among cows/buffaloes through flies/mosquitoes/ticks, due to which the animals develop fever and rashes on almost all parts of their body. Though the animals start to recover after a week, dairy farmers need to be very careful.

Bhullar instructed all the field veterinary officers to pay regular visits under their jurisdiction and provide immediate assistance if any information about the spread of this disease was found.

“To create awareness about prevention from disease, the veterinary officers/inspectors should ensure announcements through Gurudwaras and other religious places and awareness in the villages through Sarpanches about the symptoms/preventing measures of the disease”, said the Animal Husbandry minister, adding that district level teams have already been informed on the instructions of Chief Minister S. Bhagwant Singh Mann to protect livestock from lumpy skin disease.

Apart from this, the team of North Regional Disease Diagnostic Laboratory (NRDDL) Jalandhar is also visiting the affected districts, he added. Bhullar said that even though the disease has not been confirmed to spread to humans, animal care workers/keepers should still use hand sanitiser, gloves and masks.

Preventive measures as per advisory

As per the advisory, animal farmers should immediately inform veterinary/para-veterinary staff of the nearest animal hospital and separate the affected animals and related equipment & materials from the rest of the healthy animals. The movement of affected/suspected animals should be stopped to another farm, village or constituency under any circumstances, besides preventing purchase and sale of animals in disease-affected areas. Possible efforts should be made to prevent flies/mosquitoes/ticks. Disinfection of dairy farms/cattle sheds should be done with formalin 1 per cent or sodium hypochlorite 2-3 per cent after consulting the departmental staff.

As per the guidelines of the government, semen from LCD affected animals should not be collected and processed for production and distribution.

The animal farmers advised that they should ensure their healthy cattle are vaccinated against the Goat Pox vaccine so as to save animals from disease at an early stage. The veterinary staff was also instructed to take care of cleanliness while vaccinating the animals.