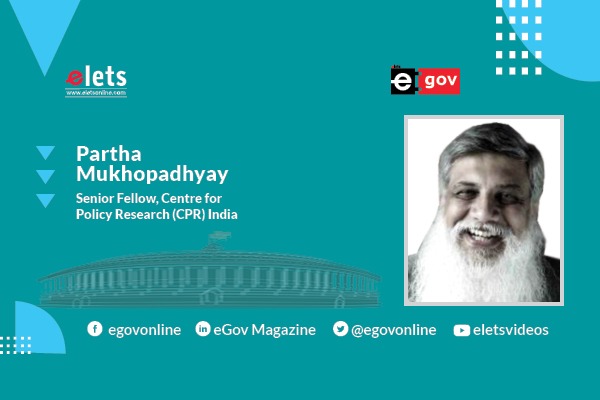 What is a Region? A region can be defined in many ways, but a core characteristic is connectedness. It is instructive to consider the economic, social and environmental aspects of such connectedness before proceeding to the planning. The economic connectedness is reflected in many ways, like commuting for work defines the extent of the regional labour market. It is used, for example, to define metropolitan statistical areas (MSAs) in the United States.¹

While workers usually flow from the surrounding region into the core city, the directionality can be reversed, especially in India, where manufacturing seems to be shifting out of cities.² Mobility can also be non-work related, like to access social services, such as health and/or education, especially if there is a concentration of such facilities in the core (MMPC, p. 80). Further, agricultural activity in the surrounding geographical region can also change, like farm practices can change to supply meat, milk, vegetables, flowers and fruit to urban markets.³

Such connected surrounding areas can arguably be said to comprise the region, needing an integrated planning approach. But, a city can influence areas far from its neighbourhood also.

One such connectedness is linked to migration, international in some cities, national in many, and for some, within the state. History, distance, and language affinity influence these links. Another is the environment, which is now increasingly critical to the conceptualisation of a region – the locations from where a city gets its resources and where it disposes of its waste. Whether it is Renuka water for Delhi, Cauvery for Bengaluru, Vaitarna for Mumbai, Narmada for Indore or Krishna for Hyderabad, large cities draw water from distant sources, displacing other users. But, it is in disposing of its waste that the impact is perhaps more destructive. The Yamuna in Delhi is a striking example of such harmful practices, but other major cities have also killed their rivers. Mithi in Mumbai, Kahan in Indore, Musi in Hyderabad and the list goes on.

The Sabarmati in Ahmedabad is seen as revived but it depends on the artificial transfusion of Narmada water.
Elsewhere, for example between Vatva and Vapi, the practice of disposing industrial waste into the ground has irreversibly destroyed aquifers.

Not just water, industry and transport in a city also affects the regional airshed. Power plants that generate electricity to fulfil the cities’ demands and their associated mines may be located quite far away from the cities but their pollution is as much attributable to the city as the contamination of groundwater.

Bringing this geographically disparate conceptualisation into an integrated planning framework is not simple and thus, as a tool, it is limited in its ability to address these key challenges.

With that caveat, in India, even if such issues are noted, the region is usually defined as contiguous geography and planning is broadly limited to land use. In part, it’s because “data needed for comprehensive planning… that is integrated with the GIS data base is lacking.” (MMPC 2021).

Existing planning interventions often focus on dispersing growth centres to decongest the main city and occasionally, investment in regional transportation networks, such as the USD 4 billion in Delhi–Meerut Regional Rapid Transit System, though even megaprojects like the high speed rail link between Ahmedabad and Mumbai do not feature in the regional plan. The debate about encouraging agglomeration – as urban economic theory seems to indicate – or reducing congestion costs that limit such benefits, appears not to inform regional planning.

Regional plans also ignore the spatial distribution of social structure. Caste and religion can be locationally concentrated (Bharathi, et.al. 2021, Susewind 2017). In some cities, scheduled castes (SCs) are much more peripheralised than in others. Surrounding villages in the contiguous region (defined uniformly for all metros, as a 100 km x 100 km box around the core city), and CTs, i.e., villages independent of economic activity have a share of SCs comparable to the core city in Delhi, Ahmedabad, Mumbai and Pune but as seen in Figure 1, farming (non-CT) villages have a higher share of SCs around Chennai, Hyderabad, Kolkata and Bengaluru. Further, a settlement’s governance status, i.e., whether it’s rural or urban, affects the delivery of public services, even if its private economy is robust. Figure 2 compares Class I cities with interstitial (located between two cities) CTs. On average, these settlements, still classified as rural, have significant private assets but are deprived of public services. The share of households with treated tap water supply is 72.3 per cent in Class I cities vis-à-vis 48.7 per cent in interstitial CTs, while 77.6 per cent of households in these CTs use LPG vis-à-vis 73.1 per cent in the cities.

Another big gap is the near absence of attention to the fiscal space. Over time, taxation powers and tax administration have evolved, for example, the removal of revenue sources such as the octroi and the increase of indirect tax administration by the centre, consequent to the Goods and Services Tax (GST).
Even the last major source of local revenue, property tax, is often circumscribed in critical ways by the state, by shrinking the base or limiting rate increases, etc.

Revenue from land monetisation does not necessarily accrue to the region, but instead to the state. Rather than increasing, this has reduced the local fiscal space, referenced in SDG 11.A. Fiscal tools can also help price environmental assets better. Beyond producer mandates and levies, it can include taxin consumers benefitting from the mispricing of green assets like taxing the use of dirty electricity in cities to fund remediation and compensation at distant plant sites.

Given this currently nascent state of regional planning, it can be instructive to look outside. The United States is at one end, where regional coordination, e.g., on water resources is often through single-purpose organisations called special districts which brings together different autonomous local governments. On occasion, they can be multi-purpose too. Both types have their own revenue sources and spending authority. In 2017, the number of special-purpose districts was almost equal to that of local bodies.

At the other end, in China, a large rural periphery used to be under the authority of a municipal government but this ‘city leading county’ model had a mixed experience. Donaldson (2017) concludes that the “system has typically privileged the city’s interests… and exacerbated some of the problems that have emerged from urbanisation” and, in 2010, China started to shift away to a ‘province leading county’ model.

In the European Union (EU), in the context of SDGs, cities and regions have tended to prioritise actions related to the environment, energy and mobility. The attempt – still in progress – is to build frameworks and institutions to enhance the coordination across governments by aligning priorities and objectives evolved by engaging civil society, breaking sectoral silos, bridging the public-private divide and underpin all this by aligning incentives and resources through the budget (OECD 2020).

India is in the midst of an urban transition. As such, the governance status of settlements is fluid and not necessarily aligned to their economic function and environmental impact. This fluidity is especially evident in the regions around large cities. A regional planning philosophy that is appropriate for this transitional situation would differ from that where the transition has already been completed, a fortiori, when, unlike in the past, there is a need to foreground environmental concerns, which implies broadening the concept of a region.

As such, straitjacketing settlements into rural and the use of urban and urban policies rather than settlement and habitat policies might actually impede the realisation of the goals of SDG 11.A, which may have grown beyond the tools of regional planning and urban policy. A sui generis approach may be needed in India, linking the design of central schemes to SDG goals, focusing on facilitating growth and population movements and being sensitive to social inequalities and environmental impacts, both near and far. This will require institutions and platforms to coordinate across geographies within India, much as a forum like COP26 does today across nations, if our SDG goals are to be achieved.

1. The inclusion of a county in a MSA requires at least 25 percent of the workers living in the county to work in the core city, as well as the county to be contiguous to the city or to other counties in the MSA. See https://www.gpo.gov/fdsys/pkg/FR-2010-06-28/ pdf/2010-15605.pdf
2. Ghani (2012) finds dispersal of economic activity especially manufacturing to areas outside the municipal boundary driven presumably, in part, by high land costs. These workers may also be public servants, e.g., doctors and teachers working in proximate rural areas, but who stay in the core city for social amenities.
3. Rao, et. al. (2014) find that urbanization is a strong demand side driver promoting high value crops.