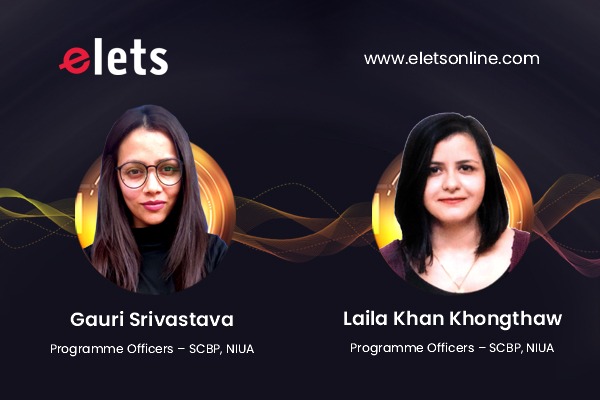 The importance of environmental sanitation as an ally of other branches of public health in the control of preventable diseases is now recognised in most parts of the world¹. Aiming to improve the quality of life through social development and break the cycle of diseases, environmental sanitation takes a broader look at the community and includes wastewater management along with greywater and faecal sludge as a key component, write Gauri Srivastava and Laila Khan Khongthaw, Programme Officers – Sanitation Capacity Building Platform (SCBP), National Institute of Urban Affairs (NIUA).

While we have recognised the urgency to reduce the adverse per capita impact of cities and are endeavouring to do this by 2030 under Sustainable Development Goal (SDG) 11.6, it is critical to check the unsafe discharge of wastewater into the environment which has contaminated 75 per cent of India’s surface water and has been identified as the leading polluter of water sources².

In 2008, the National Urban Sanitation Policy (NUSP) highlighted that over 37 per cent of the total human excreta generated in urban India, is unsafely disposed of. Thus imposing a high risk to public health and the environment. In urban India, only 32.7 per cent of households are connected to centralised sewerage systems, which are very expensive to build, operate and maintain³. The remaining 67.3 per cent of households depend on On-Site Sanitation Systems (OSS)⁴. How is their waste handled? Where does it go? To address this issue and give emphasis to Non-Sewered Sanitation (NSS) which deals with OSS, the National Policy on Faecal Sludge and Septage Management (FSSM) was launched in 2017.

Uttarakhand, the origin of two major rivers- Ganga and Yamuna, having almost 86 per cent of its area under hills and 79 per cent of the urban population dependent on OSS systems⁵ (see fig1), quickly embraced this concept of NSS (including FSSM and wastewater management) but the problem was the scale and pilot projects being run by NGOs. Significant variations in climate and geography also became a challenge.

The state soon realised that it is crucial to follow the complete FSSM value chain extending from the point of generation to point of disposal/reuse including safe containment, emptying, transportation and treatment to achieve the sanitation goals including SDG 11.6 and reducing per capita impact of cities.

Thus, Uttarakhand, in 2017, issued a Protocol for Septage Management as a guiding tool for all the ULBs. In 2019, the state signed an MoU with the National Institute of Urban Affairs (NIUA) to support the state on non-sewered sanitation through NIUA’s Sanitation Capacity Building Platform (SCBP). The SCBP winged out and supported the state through capacity development, technical support, and policy, advisory and hand-holding to all 100 ULBs. An advisory was prepared by SCBP for Operationalising the Septage Management Protocol which was issued to all the ULBs by the Urban Development Directorate in December 2020.

A study by SCBP (2020) highlights that the emptying period of the majority of septic tanks in urban Uttarakhand is in the range of five to 10 years which far exceeds the standards. Also, many urban habitations discharge wastewater into open drains causing contamination of water bodies.

A River Rejuvenation Committee (RRC), formed in 2018 to address the critically polluted river stretches, recommended the construction of Interception and Diversion (I&D) Sewage Treatment Plants (STP). In 2020, SCBP based on a situational assessment of four towns along nine such stretches provided advisory and technical recommendations for FSSM.

Implicitly encompassing environmental sanitation and thus SDG 11.6, National Mission for Clean Ganga (NMCG) has initiated interception and treatment of open drains. Taking it as an opportunity, the state has also prioritised treating faecal waste in all 15 Ganga Towns. Under NMCG, so far 28 projects are completed in Uttarakhand, giving an additional treatment capacity of 153.17 MLD.

The learnings from the above interventions gave momentum to City Wide Inclusive Sanitation (CWIS) and a paradigm shift started transpiring. The importance of safe, equitable and financially viable sanitation services was realised.

Uttarakhand found the CWIS approach viable and inclusive for unserved and underserved groups as it does not oppose the conventional approach but improves it by combining centralised and decentralised systems as well as
on-site and sewered solutions based on ground realities and linking it with reuse and resource recovery. It focuses more on enabling an environment for service provision, rather than simply building infrastructure.

Supporting Uttarakhand’s commitment towards 100 per cent safe sanitation and upgradation of the environment, an advisory was prepared by SCBP to explore and initiate co-treatment in all the existing and proposed STPs. So far co- treatment has been initiated in six ULBs. The state has already started moving towards a cluster approach for the best utilisation of available resources. The first Faecal Sludge Treatment Plant (FSTP) of 125 KLD capacity for a cluster of seven ULBs is upcoming at Rudrapur city under AMRUT.

Further, for the financial stability of FSSM in Uttarakhand, it is crucial that funds must be properly channelised from new national missions/ programs such as AMRUT 2.0, SBM-2.0, and also from the 15th Finance Commission.

Urbanisation is inevitable, especially in a state like Uttarakhand, which has pristine natural beauty as well as cultural and religious tourism. It is time when cities must start ‘thinking beyond toilets’. CWIS is the road to realise the dream of 100 per cent safe, inclusive, and financially viable sanitation in urban areas. A combination of technologies and planning approaches must be opted to leave no area unattended.

Reduction in adverse per capita impact of cities due to inefficiency of wastewater management and realisation of SDG 11.6 will only be possible through a ‘multi-barrier approach’ including stakeholder collaboration, behavioural change and pooling of complementary urban services like water supply, stormwater drainage, greywater management, and solid waste management.