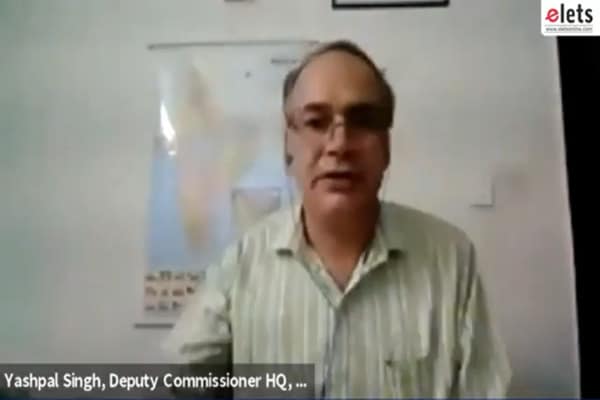 Despite being a sad occurrence due to millions of lives lost, the COVID pandemic is considered a blessing in disguise as it gave a boost to the technology infrastructure and usage across the world. And, India is no different. The technology tools have not only ensured continuity of businesses, education, etc. but has also played a crucial role in optimising revenue and its effective management. Speaking on this, Yashpal Singh, Deputy Commissioner, Commercial Tax Department, Uttarakhand addressed the Revenue Management & Intelligence Summit – North Edition.

Singh commenced his address with a brief on Uttarakhand’s taxation system. He said, “Basically Uttarakhand is a Model-2 state where our data is dealt with by the GSTN system. This system is developed by a common software based on processes defined and agreed by the particular state.” All the six participating states in this forum except Haryana are Model-2 states, he added.

On the billing and taxation he said, “We have an E-Way Bill system that generates a huge chunk of data per day. Daily lakhs of E-Way bills are prepared related to the movement of goods, however, that is not integrated with our GSTN system. Therefore, i feel it is important to integrate E-Waybill data with the GSTN portal used by Model-2 states.”

Speaking on the data, Singh pointed out that “We have a large number of data. We can classify that as formal data, semi-formal data and informal data. The data available with the department, our own data, returns filed, returns claimed, TDS, NTCS data, documents submitted to the department, etc. are all a part of the formal data. Whereas, data available with the other agencies like banking agencies, audit reports, and more, basically, the data that has been restricted for general use and specific access is required, is considered as semi-formal data. And, the data which is available to all like advertisements, notices, information, etc. is the informal data.” This (informal) data is the most important which needs to be analysed and matched with the formal data to get the results to which we can rely on, he added.

There have been a lot of frauds going, Singh highlighted “A lot of frauds have been ongoing under the GST regime.” He cited a few examples of the frauds ongoing. He said, “In Circular trading, at least one firm should be fake or making supplies to deemed export units or making exports. Then, it can benefit the companies involved in the cycle… We’re a small state and our major revenue is sourced from the tourism in the state including services like tours & travel services, passenger transportation services, food services, restaurant services, parking services, etc.” Since Uttarakhand is a consumer state, the data relating to final consumption, that is the supplies going into the hands of consumers or terminating supplies are the most important for the state and to all the smaller states that are consumer states. The basic challenge is to tap these types of supplies. “We’re lacking in this field because for consumer states we have no mechanism available to trace the revenue trail and this is the major source of revenue drain,” he added.

Addressing the loopholes in the system, Singh said, “I’ve been in the investigation since the last two years and I’ve felt that due to faulty place of supply issues we’re losing major revenue.” He cited the example of ByJus – the learning app, and said, “They were making supplies to the state of Uttarakhand but booking those supplies to Uttar Pradesh. However, ByJu said that this happened due to a faulty software that picked up Uttar Pradesh as Uttarakhand disintegrated from UP and became an independent state.” Further, there are other such issues where the state was losing revenue like E-Way bill issue, built-to shift to issues, consignment valuing less that Rs 50,000 not coming on record, transportation charges, etc. “Transportation charges were among the major concerns,” he added. 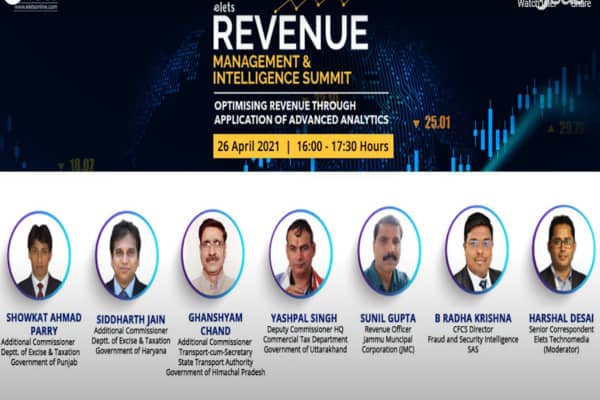 Speaking on bogus firms, he highlighted, “When we get information of erring dealers we chase them, however, in case of bogus dealers you cannot chase them. Within a year and a half, we’ve identified 90 firms that were showing business but not doing it. They were just supplying invoices for the sake of income tax returns. As much as Rs 8500 crore of revenue was involved in the transactions between these firms and the state didn’t get a penny out of it.” As a probable solution he mentioned that predictions based on the tendencies or behaviour of such firms can play a crucial role in early identification and save on the revenue loss.

Singh further apoke on how cross utilisation of CGST and SGST in the manufacturing units habe posed a problem. He said that “What keeps us from identifying these easily is that we get comprehensive data on our dashboard, a summary, and not the intricacies of it.” This is another area where advanced analytics can be helpful to identify the probable problems and their source.

“So, these are some of the major issues where a technology tool like data analytics could come in handy for us and optimise our revenue management. I would say, each drop, even small, is important to fill the pot. Similarly, our revenue pot can only be filled if we tap each drop.”