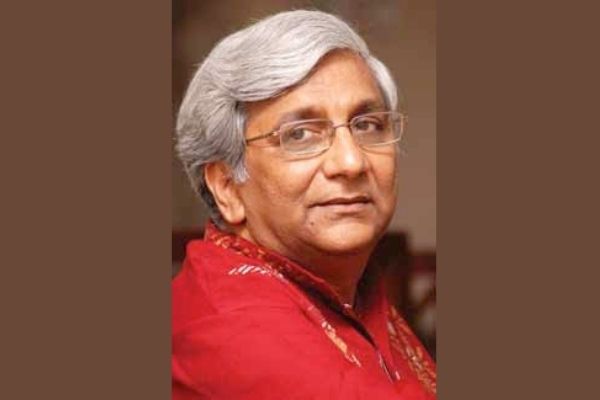 Bharat Broadband Network Limited (BBNL) is established now, in pursuit of a high-level policy declaration of ‘broadband for all’ by the central government in 2009. BBNL would implement National Optical Fibre Network (NOFN), which is expected to open up the gateway to rural development, by facilitating implementation of the e-Government projects in the social sectors like education, health, social security, employment guarantee, financial and banking services, all fostering inclusive growth for rural India. It is further expected that this would also provide a great fillip to private sector for providing other services in the remote places on a viable business model which is hitherto non-existent.

Incremental OFC in lakhs o froute-km
By a very rough estimate made in early 2010, it would need approximately 18-20 lakh routekm of OFC network to reach broadband in all the Panchayat villages in the country, whereas we had around 7+ lakh route-km of OFC network at that time, out of which BSNL was having around 5+ lakhs route-km. The balance length of 2+ lakhs route-km was attributed to the other private service providers. However their share primarily constituted the intra-city OFC network, cris-crossing in large to medium size cities, no significant length of long-distance trunk lines, preferring to pay penalty to USOF rather than expanding the network into the rural areas and paying BSNL for access deficit charges. Although, by an industry estimate there is an expected growth of demand for the OFC per year at the rate of 10-12 percent in India, it would take a long time to improve the per capita OFC length in our country, which stands around 60 meter and taking it close to the figure of China (around 200 meter) or USA (around 900 meter).

Against this scenario National Optical Fibre Network (NOFN) will now be established byBBNL with help of BSNL, PGCIL and RailTel, who have already laid out significant length of OFC network in the country. Incremental length of OFC network will be laid, wherever necessary, to reach every Panchayat village, which accounts to around 2,50,000 Points of Presence(PoP). While the timeline to complete the entire work by next two years is anyway very tough, how BBNL or its implementation partners, BSNL, RailTel, PGCIL, would resolve the original issues currently being encountered by the Telecom Service Providers (TSP) to lay the OFC lines in the States, is not very clear. As a first step, pilots have been executed in three Blocks in Ajmer (Arian Block, 30 Village Panchayats), North Tripura (Panisagar Block, 17 Village Panchayats) and Vishakhapatnam (Paravada Block, 17 Village Panchayats) districts which are getting OFC-based connectivity in all Panchayat villages in those Blocks. It is expected that this pilot exercise would reveal the pros and cons issues, to be dealt with in country-wide roll out immediately thereafter.

Right of way issue
The first and the foremost is the issue of Right of Way (RoW). How this issue will be solved? Universally, most of the states or local governments miserably missed the reported  observation by World Bank that 10 percent increase of tele-density would definitely bring around 1.4 percent increase in GDP growth, always thought TSPs as ‘cash cow’ and continued to charge significant amount, in lieu of conferring RoW to lay the OFC cables. In a recent interview, Secretary DoT Mr R Chandrasekhar also reportedly observed that…. some local bodies and even state governments tend to get short sighted and they charge huge amount for laying these optical fibres. Such behaviour has led to a slowing down in the development of the project…. This tendency of taking all the golden eggs at one time by the state and local governments and also uncertain business opportunities in rural areas, seriously demotivated TSPs to spread their network in the rural hinterland. Consequently USOF kitty grew by on an average of `2,000 crore per year. Out of the three BBNL partners, RailTel may have some initial advantage of laying the cables by the side of the railway track in its own land. However, when its network has to laterally move out of the track area and enter into areas governed by Local Bodies, the RoW issue would again crop up.

The prime question remains therefore whether this time central government would be able to resolve this RoW issue once for all. On the other hand, it would be a seminal contribution by the states and local authorities to the NOFN initiative, if they confer free RoW to the BBNL partners with a very smooth and speedy process to close every application for RoW, which will effectively put the NOFN implementation in fast track, against a seemingly impossible timeline. And as benefits, the state governments would be recipient of all-round development of state in the social sectors of health, education, rural development, public distribution, etc, significant improvement in governance by extending G2G services through enhanced SWANs up to village level, CSC objectives more fructified,  better services delivered for mandatory activities like RTI, RTE and so on. On a very encouraging note, the Government of India has recently been able to resolve the RoW issue with 16 states. It is expected that all the local elected governments and the balance states would come forward as soon as possible to remove this barrier of RoW in implementation of NOFN project.

BBNL business model
The second issue relates to the applicable business model between BBNL and its PSU partner agencies—BSNL, PGCIL and RailTel—operatbanding on commercial logic and conditions. How these partners would provide bandwidth to its potential customers, that is, the government entities, private business agencies and TSPs, keeping their commercial interest uncompromised? The value proposition for any business model should provide win-win situation for every stakeholder. We are yet to know clearly what type of business model would propose value to all of them, albeit lot of internal decisions are required to be taken by the government in this regard.

Value proposition to panchayats
The third issue is how to create appropriate value proposition to the Panchayat bodies, by providing this high bandwidth capacity network in the rural hinterland. As such the bandwidth itself may not carry much value to the villagers unless some relevant applications utilise them. Who would provide the access network for the two-three villages around every Panchayat area so that services can reach in those villages? For this purpose BBNL has to essentially develop an ecosystem of access service providers, taking advantage of this secure and reliable 100 Mbps links, to be established in the villages. Consequent to creation of NOFN, it is expected that significant amount of investment is likely to be made by the interested service providers in establishing access network complementing the NOFN infrastructure and providing citizen services on commercially viable models. Therefore, to improve viability, rather than providing this high capacity bandwidth free, BBNL has to create stakes around the access network through useful  and priority services. On the other hand, in case there are not many service providers to come forward, then government-administered entities and BBNL partners BSNL, PGCIL, RailTel may be asked to provide priority services.

OFC security in rural hinterland
In rural areas, protection of OFC from cut, theft, tampering also becomes another prime issue. In Andhra Broadband project (later discontinued and replaced by SWAN) cables had gone overhead, some by the side of power transmission lines, some on dedicated poles and suffered from snapping for various reasons. The harrowing experience of BSNL links not functioning is attributed mostly to frequent cut of underground OFC due to uncoordinated digging of roads, MGNREGSrelated activities and so on. Under NOFN project several lakhs of route-km (although meant as incremental) of OFC will be laid, under or over ground, in the rural areas. In that context the issue of close coordination among the NOFN implementation partners and various entities like PWD, Water, Gas, Rural Electricity authorities, Panchayat/Village Board etc assumes prime importance. One smart solution could be to align the NOFN cable laying activity with the Pradhan Mantri Gram Sadak Yojana (PMGSY) activities, wherever relevant and/or feasible. A minor tweaking of the specifications of the PMGSY roads can accommodate trenching at one side of the to-be-laid roads where OFC can be easily put inside  the trench. This would resolve the tricky coordination issue to a great extent and also would save financial resource significantly. In a  similar way, scheduled activities of MGNREGS also can be used for trenching and the laying of OFC at the Panchayat level.

What rides on NOFN
Besides all these above, the most important BBNL-related issue lies with optimal utilization of this high-capacity network. Many laggard State Government departments, which eventually could not gear up in last 5 years to load applications worth of even 2 Mbps  banding width consistently through SWANs (except few States of course…counting however finishes within the fingers in one hand!),  should get prepared, by next 20 months or so, to use 100 Mbps capacity links at the Panchayat level. While the NOFN execution is  expected to pick up pace in next few months after the first tranche of `20,000 crore has been sanctioned recently from the accrued  USO fund, are we increasingly sensitizing the state governments to pull their socks to accelerate deployment of applications and services? Is the digital content to ride on NOFN getting ready or in that context, is the much-wanted government policy to create a viable content eco-system in place? Has the government created any incentivised scheme so that content developers get excited to reduce the alarming disparity of 20,000 Websites in regional languages against 5 lakh Websites in English language, in a country having around 22 official languages? The mandatory e-Services Bill, for electronically delivering identified central government  services is now under consideration of the Parliamentary Standing Committee. This bill has a period of 5+3 years for complete  deployment while the timeline for the NOFN project completion is only next two years..Therefore it appears that there would be  formidable time lag between NOFN project and mandatory e-services projects, in terms of full deployment across the country.

Capacity building for speedy implementation
In course of implementation of NOFN, many other issues may crop up, warranting timebound resolution. The BBNL is headed by Mr N Ravishanker who is also the Administrator for the USO Fund. He has been in IT sector for quite some time, eventually exposed to vagaries of the issues encountered both in state and central departments. As the timeline for NOFN is exceptionally tight, it is  therefore expected that under his stewardship BBNL will have regular interactions with all the stakeholders to monitor the progress of implementation. Further, it is suggested that a professional project management software tool may be deployed for that purpose. Also it may be a good idea to even get a small BBNL team attached to Delhi Metro Railways Corporation (DMRC) for few days, to receive first hand ideas on management of complex project with similar features. Recently a very desirable push has come from no other than Prime Minister’s Office (PMO), to accelerate the NOFN implementation by way of constituting a high power coordination committee which would ensure smooth implementation of the project. This coordination committee is headed by secretary, department of telecom and other senior officials from information technology, health and family welfare, school education and literacy, higher education, food and public distribution, panchayati raj and rural development departments. This timely step reiterates government’s serious commitment to complete NOFN implementation on time.

Since government has started UID initiative some time back, creation of NOFN is the next best decision that government could have  taken, which would create, when fully implemented, a very long standing impact on the lives of our countrymen living in the rural  hinterland. Let the best decision-making wisdom prevail all around in the government and all the roadblocks be removed for this project marching towards inclusive growth for our people who lived for centuries in the world of deprivation.