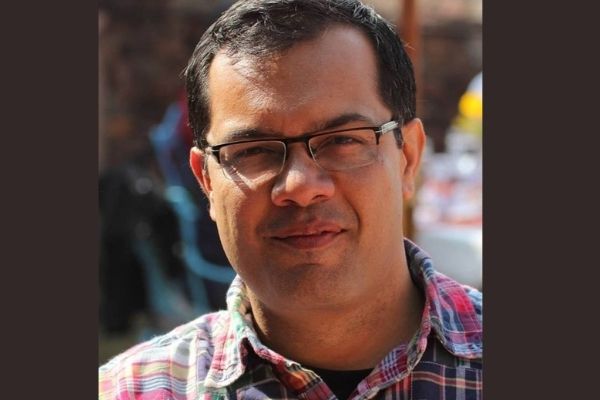 The Internet is a critical socio-economic enabler, which has deep impact on the economy, social order, law and order and the fabric of the nation itself. Its impact is only going to amplify as we move forward, especially when things start getting connected to each other and when the next generation of the Internet, IPV6 enabled Internet, starts getting rolled out. It would imply that your automobile  can get connected to the cloud computing facility of the manufacturer for automatic analytics of the health of the automobile.

As per some estimates, the number of Internet- connected devices globally crossed 6 billion in 2011, and is expected to reach 15 billion, twice the size of the world’s population, before 2016. More than six billion mobile phone subscriptions are in use today, and the number is expected to cross 8 billion by 2016. Mobile data traffic reached 597 petabytes in 2011, twice the amount of 2010, and is estimated to cross 10 exabytes by 2016. Broadband subscribers, estimated at 1 billion in 2011, are forecast to grow at 40 percent per annum, and reach 3.5 billion in 2016. As a large part of the growth is to take place in the developing countries of Asia, India can be expected to be a major component and beneficiary of this growth trajectory.

The Internet started as a means of sharing information amongst scientist working in different institutions. From that, it is becoming —if not already become—the communications backbone of the world. It is a major economic driver, provides banking and other financial services to world’s business, provides a global market place and is replacing the conventional print and visual media. Internet is now ubiquitous in today’s world. Cutting off an enterprise or a country from the internet would have severe consequences.

This of course immediately also brings out the dangers that are emerging in such an interconnected world. The Internet can be used to bring down the telecommunications network of different countries, its banks and even its’ power grid. In Iran, we have seen the use of cyber weapons by the US and Israel taking out physically 10,000 centrifuges. If this had been done using a missile, it would have been considered an act of war. How should we then look at the Internet – also as a strategic space which then country’s need to protect? (ref. http://newsclick.in/india/internetgovernance- and-itu-issues-baku-and-dubai by Prabir Purkayastha)

Internet Governance includes, but is not limited to, the following key issues:
• Infrastructure and management of critical internet resources, including administration of the domain name system and Internet protocol addresses, administration of the root server system, technical standards, network neutrality, and multilingualisation;
• Issues in the use of the Internet, including spam, network security and cybercrime;
• Issues of wider impact such as Intellectual Property Rights (IPRs), freedom of expression, data protection and privacy rights, consumer rights and International Trade; and,
• Developmental aspects, in particular, capacity-building.

From a socio-economic perspective, it impacts issues such as sovereignty over the Internet/ Free usage of Internet and interconnects, issues of Transborder data exchange and therefore its impact on Cloud Computing, issues of Data protection, the freedom of Internet, privacy, cyber-warfare and the issue of global ban on use of Cyber-weapons and cyber-security.

Under the existing system of Internet governance, the International Corporation for Assigned Names and Numbers (ICANN) performs two principal functions:

• The Internet Assigned Names Authority (IANA) function whereby it controls entries to the authoritative Root Zone File of the Internet
• The management of the Domain Name  System (DNS) and the allocation of Top Level Domain (TLD) names.

The function of allocation of TLD has been recently renewed as a perpetual contract, known as the Affirmation of Commitments  between ICANN and the US Government. The IANA function has also been renewed for a seven-year period beginning 01 October 2012. The IANA function is overseen by the National Telecommunication and Information Administration under the US Department of Commerce. Technical standards are set by the Internet Engineering Task Force [IETF]. The central elements of the Internet’s logical infrastructure, also called Critical Internet Resources, thus continue to be managed by private entities such as ICANN and IANA under contractual arrangements with the US Government.

The United Nations established the Internet Governance Forum (IGF) in 2005 to discuss the issues of Global Internet Governance. However, UN/IGF does not have the organisational structure or the mandate to agree on decisions and the enforcement mechanism to implement them.

There is therefore an urgent need to bring in participation by Governments, especially from the developing countries, in order to establish a multilateral, transparent and democratic Internet governance mechanism that functions with the full involvement of Governments, the private sector, civil society and international organisations, without according a pre-eminent role to any single Government or organization. Government of India is hence rightly formulating the policies for engaging in the reforms process required for a global participative Internet Governance structure.