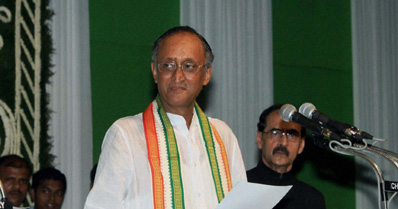 With the objective of encouraging greater tax compliance, the Finance Minister of West Bengal, Amit Mitra, is launching a series of e-Governance initiatives. The tax system is going to be more simplified. Traders will able to generate their way bills online from next week itself, and they will be able to pay their taxes with the click of a mouse.

Amit Mitra said that the e-Governance steps were being taken to prevent businessmen from being harassed.

“Gradually, tax compliance will increase. We don’t want businessmen to be harassed. The new online way bill will be simple. Now, a single document will replace the current two-part way bill. No physical document will be required from now. Hence, there will be no delay and chances of loss or misplacement will not take place. Traders can generate and print their own way bill and need not send it physically,” Mitra added.

The various e-Governance initiatives being taken also make it possible for instances of tax evasion to be detected and dealt with quickly. “Once information on tax evasion is registered, the informer will get an acknowledgement slip and his identity will remain secret. The information will be verified by the commercial tax commissioner,” Mitra said.

“Often, there are cases of harassment by government officials. But there was no grievance redress mechanism. Traders can complain against this. There was no grievance redressal mechanism. But Once the e-governance service becomes effective from January 24, businessmen can lodge complaints with their identity undisclosed. Status of the complaints can be checked online. The commissioner of commercial tax will be probing them,” Mitra added.

The e-Governance systems being developed in West Bengal also make it possible for businessmen to file online applications for an Industrial Promotion Assistance Scheme, round-the-clock electronically. They get instant acknowledgement for it. The e-Payment system under Industrial Promotion Assistance Scheme is expected to benefit small and medium enterprises.

If the state’s revenue collection was Rs 13,500 crore in 2010-11 with a growth of 26%, Mitra was confident that the figure would rise in the current fiscal. “We are looking at better revenue generation through better compliance. Revenue is already increasing,” he said. He would disclose the revenue target while presenting the budget. He said that he would be spelling out the revenue target while presenting the budget.