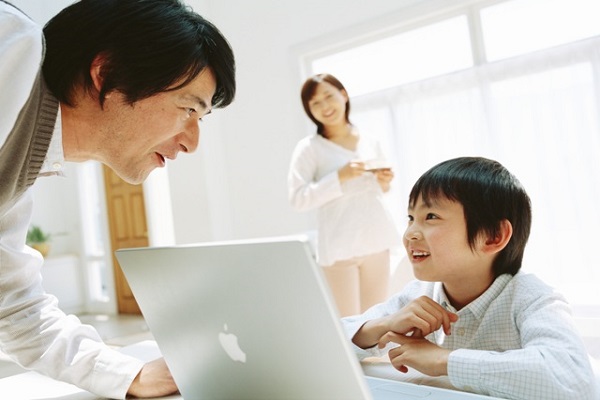 Under the impact of globalisation, marketisation and standardisation of distance e-Learning courses (some of which were advertised in the key journals on distance education) have encountered several value dilemmas in China.

e-Learning in workplace
Workplace education aims to help adults to be equipped with newly evolved skills and knowledge through lifelong and life-wide learning. As a result of the stress on knowledge-based economy and the emergence of rapid information globalisation through the Internet, the number of electronic (e-) learning courses delivered in the distance mode has been growing fast at national, regional and continental levels, especially in the area of workplace education. e-Learning can help minimise costs by economising on teaching workforces, help facilitate synchronous (during lessons) and asynchronous learning (after lessons), and flexibly cater for varied needs of distance learners.

State allocation of jobs was abolished in China in the 1980s after the implemen-tation of economic and educational decentralisation policies, resulting in market-driven workplace education and keen competition among distance education institutions. Various e-Learning course modules for workplace education are now run by single-functional open universities or other newly established independent tertiary institutions, under the administration of conventional compre-hensive universities in China. Their daily operations are financed by the central and regional governments, local communities or international-local partnership collabo-rations. There are ‘reputation competitions’, strengthened by joint ventures with overseas prestigious universities and ‘technological competitions’, intensified by organisation of cyber adult courses.

However, such technical innovations (of standardising courses, re-structuring of course administration and developing localised course materials in particular) pose challenges to the traditional distance learning systems using radio and television transmission in many developing countries such as Chile, China, India and Russia. This article endeavours to depict social tensions and value dilemmas between localisation and globalisation (in the interrelated dimensions of policy reforms, teaching workforces, curriculum and research development, and marketing orientations) in China and may help draw future trends for these developing countries.

Background
Since late 1970s, distance education (through radio and television broadcast) has rapidly developed at a large scale, following educational and economic decentralisation policies and speedy development of communication and broadcasting technologies in China. Information and communication technologies (ICT) undoubtedly speeded up the development of distance e-Learning courses, offered by tertiary institutions in China since the mid-1990s. Aiming at promoting high standards of distance education and research development in digital technologies, the state has helped establish e-Learning platforms, run by single-functional open universities and traditional comprehensive universities (or in joint venture with other international organisations or Western private enterprises). In April 2003, there were 67 online learning universities with a total student population of over 800,000 students. Following the educational administration ordinances governing the functions of cyber webs and cyber schools in China on 5 July 2003, 67 cyber schools have been established and the number of employees participating in on-the-job training has grown steadily. In 2005, the market size of e-Learning courses reached 11.6 billion yuen (renminbi).

Tensions
Until now, there are socio-economic and socio-cultural tensions between ‘globalising’ local values and ‘localising’ global trends. Through establishment of cyber webs and cyber schools in China, workplace education, in a broader sense, entails lifelong and life-wide learning for employees in all walks of life. After China’s accession to WTO, its exported education products have had to compete with the rest of the world and its locally consumed educational products have struggled in the increasingly difficult markets with both highly competitive local and overseas players. There will be increasing demand for quality and copyrighted goods in the years to come.

On the one hand, both adult learners and distance education institutions face tremendous global pressures to increase their local market values; on the other hand, international organisations and western private enterprises at global level may fully exploit their marketing services by devising localised working strategies and indigenous versions of their courseware.

Dilemmas after course standardisation
Under the impact of globalisation, marketisation and standardisation of distance e-Learning courses (some of which were advertised in the key journals on distance education) have encountered several value dilemmas in China. Firstly, constant updating of e-Learning resources is not affordable in some open universities or new tertiary institutions. Shifting the tasks by suggesting that distance learners should use the Internet (especially broadband) services is infeasible, due to high user charges (especially in remote and rural regions).

Secondly, it is still problematic for full integration of ICT into existing open universities or new tertiary institutions. It is because it is generally not so cost-effective to re-structure the organisational structure, reallocate and retrain teachers, and merge new materials into current resources within a short time.

Thirdly, there has been a pressing need for developing courseware using Chinese language and local dialects in China, but this would increase running costs and workload of daily administrative and teaching staff.

Fourthly, standardisation of e-Learning courses and marketing costs have been a drain on the resources, resulting in a lack of flexibility and interactivity, insufficiently catering for the varied learning needs of adult trainees.

Experience and resource sharing among teachers
Exchanges of teaching and learning experiences take place in China through staff development programmes and also when staff members of distance-teaching tertiary institutions for lifelong or life-wide learning in one region (e.g. in Western China) take distance education higher degree courses, delivered by counterparts in other regions (e.g. in Central or Coastal regions) or they organise local and international conferences in open adult learning. Some open learning institutions in China also deliver courses to adult learners from other Asian developing countries, such as Vietnam. This creates opportunities for some ‘intra-national and inter-national regionalisation’ of workplace education in Asia.

Future trends
Technology-mediated open or distance education has been gradually shifting away from traditional broadcast or satellite TV, as a major means of delivering course contents to e-Learning through the Internet and intranet for workplace education in China and other developing countries. This trend will go on for years. It is also expected that the quantity of student-student and tutor-tutee interaction in most courses will increase with some fundamental transformation in pedagogy, course delivery and curriculum re-engineering and these will considerably challenge typical running modes and organisational structures of workplace education providers. This, in brief, reflects the promising development of distance e-Learning tertiary institutions since the last decade in China. In addition, there will be a definite increase in technology-mediated synchronous and asynchronous learning events.

Cultural Diversity Focus Group (CDFG)
The CEN/ISSS Cultural Diversity Focus Group (CDFG), placed at the cross-roads of cultural diversity, information technology, and standardisation, is a committee within the European standardisation body CEN and its Information Society Standardisation System. The European countries participating in European Committee for Standardisation, CEN are characterised by their wealth of different cultural traditions, languages and customs. In addition to all member states of the European Union the EFTA countries Iceland, Norway and Switzerland, and Romania are full members of CEN.

The mission of CDFG is to recommend on actions and to initiate activities relating to standardisation within the field of cultural and linguistic diversity from the point of view of ICT, in particular on the European level, and also on regional or international level if this is deemed appropriate for European interests. It also aims to function as a European discussion and coordination forum for standardization activities related to cultural diversity in ICT in Europe and beyond.

CEN/ISSS’s Cultural Diversity Focus Group has the key task to ensure that each and every one of those Europeans can have equal access to today’s information society and can express their cultural background in today’s world of information and communication technologies (ICT). For this purpose, the CDFG has prepared a report on Cultural Diversity in ICT (CDICT). This report identifies a work programme for future CDICT standardisation.

CEN/ISSS has now charged the CDFG to act as a focal point for the implementation of the report. It does so not by undertaking standardisation itself, but by mapping and coordinating ongoing work in this field in Europe and beyond. Many of the relevant players are part of this steering group.
Source: http://www.cenorm.be/