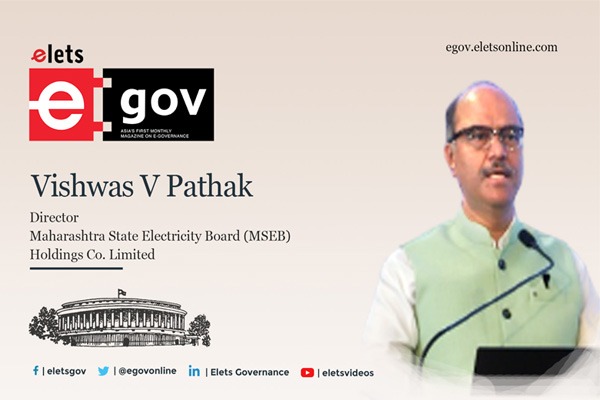 Since 1991, there had been globalisation, liberalisation adopted by the universe and therefore the entire business community got an opportunity to deal across borders, stated Vishwas V Pathak, Director, Maharashtra State Electricity Board (MSEB) Holdings Co. Limited at the 4th National Energy Summit, Mumbai.

Delving deep into the discussions, he stated, “We moved on, but in 2019, the pandemic really realigned the business world again. India has poised itself in the driver’s position under the leadership of Prime Minister Modi.”

But to achieve that, the power sector has got a tremendous role to play. Indian energy requirement, especially for the industrial sector, is increasing by three per cent year on year which is very huge out of total requirements. We are depending largely on coal-based power plants to the extent of 70 per cent but we have to reduce our carbon emissions, which means reducing the dependence on coal plants. We are going a big way for nuclear power generation, so not only solar, wind, or other renewables but nuclear is also going to be a big opportunity.

Accordingly, the government of India as well as all state governments are amending their laws in such a way that they are investor friendly, their governance level is going up and financial sources are also being provided.

“Today, India’s domestic production of coal is 700 million tons which is going to rise to 100 million tons (i.e) one billion. All the power sectors whether it is fuel-based or renewable, have an opportunity for the next 10 to 15 years in a big way”, he concluded.