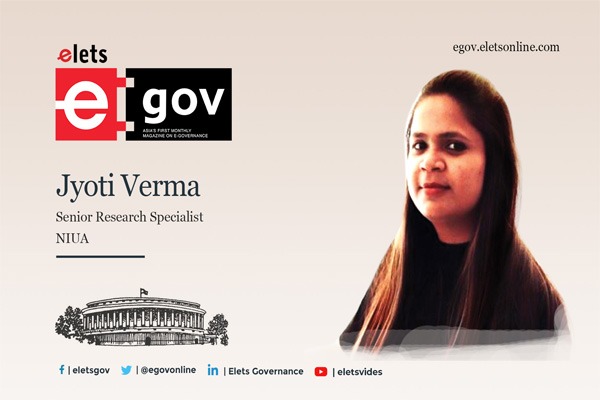 Rivers and drains are integrated aquatic ecosystems in many Indian cities facing environmental degradation by untreated municipal waste and are key concerns for city administrators. While the agriculture and industrial effluent are complex in their distribution and composition; the municipal waste remains uniform. With rapid urbanisation and changing lifestyles, xenobiotic compounds like organic petroleum hydrocarbons, pesticides and other agrochemicals, pharmaceutical products (Elekwachi C. et al. 2014) not only increase load on treatment systems but jeopardise aquatic ecosystems in cities. According to a UN assessment, cities’ wastewater treatment capacities range from 8 per cent to 70 per cent, resulting in large amounts of wastewater being released untreated into aquatic systems, posing a major threat to the environment and public health (UNHABITAT, 2019). Bioremediation is one of these NbSs, and it is quickly gaining traction as a safe, effective, low-cost, and ecologically acceptable long-term option for controlling aquatic pollution (Aktaş F. 2013). Bioremediation technology is presented in this article as a novel and complementary stop-gap method for pollution abatement. Overall, the bioremediation technology can significantly contribute in achieving SDG target 6.3, which is to improve water quality by reducing pollution, eliminating dumping and minimising release of hazardous chemicals and materials, halving the proportion of untreated wastewater.

Only 37 per cent of total daily wastewater from entire Indian cites is treated and remaining ends in rivers and other water bodies, imposing threats to public health and environment (CPCB 2021). Several studies have highlighted significant pollution of rivers and loss of water bodies. The wastewater treatment gaps and delay to implement sewerage infrastructure in cities demands immediate stop gap arrangements to prevent pollution of rivers and local drains.

Though most cities aspire for centralised treatment options which have proven costly, limiting potential re-use of treated wastewater the decentralised treatment options catering to limited areas, adopted from household to institutional scale are cost-effective and provide avenues for reuse of treated wastewater. NbS which mimic the natural processes are now gaining attention in India due to their potential to prevent pollution of rivers, and ecosystem services they offer through the Blue-Green infrastructure like urban forests and wetlands in cities.

In dense urban areas provisioning sewerage networks, space and access to polluted sites for cleaning is a challenge. Amongst many promising decentralised technologies, bioremediation seems techno-economically feasible and rapidly implementable in complex urban settings with minimal infrastructure, ease of operation, and cost- effectiveness. The technology is also recommended by the National Green Tribunal as a stop gap arrangement until STP and other infrastructure is available in unserved areas.

Bioremediation process
This innovative approach uses microbes which are introduced into the target sites to reduce pollutant load, rehabilitate polluted areas and increase self-cleansing capacity. The microbes consume contaminants like organic matter (waste food) oil, and convert them and expel carbon dioxide and water (EPA,2012). The process employs naturally occurring bacteria, fungi, or plants to degrade substances hazardous to human health or the environment. Most of the time, the microorganisms used in the process already exist in nature, preventing any environmental harm.

Since the mid-nineteenth century, it has been used to cleanse domestic wastewater. It was originally used to minimise industrial pollution and can be aerobic (with oxygen) or anaerobic (without oxygen). The procedure aids in the decrease of sewage’s Biochemical Oxygen Demand (BOD) as well as stink. Microorganisms’ breakdown organic molecules in wastewater often, using oxygen in the process. This is envisioned as ecotechnology for the 21st century, since it has few environmental and health dangers and uses few chemicals. This method could be immensely advantageous in a country like India, where inadequate sewage collection and treatment efficiency is polluting the environment.

Implementations approaches
To successfully execute bioremediation, a feasibility analysis in terms of viability, types of alternatives, CAPEX and OPEX, and institutional capabilities to oversee implementation and monitoring are recommended. Before its implementation, it is vital to determine the type of pollutants present (biological or chemical), and level of contamination. This will help to choose one of the two technology solutions available. The first is in-situ solution, which is applied to polluted water directly at site with minimal disruption, and the second is an ex-situ solution, which is applied to polluted water that has been pumped away from a site with minimal disruption.

Drain cleaning
Drains or nullas follow local terrain through the cityscape before merging with higher-order streams or larger rivers. Wastewater from places without sewerage infrastructure is discharged straight into drains, which might be lined or unlined. Unlined drains carrying dirty rivers have the potential to harm groundwater. To cure dirty drain water, bacteria are cultivated in large batches and applied to the running sewage with variable dosages from the beginning until the pollutants are gone. It usually does not involve any extra building or large drain or flow diversion improvements. This approach is less expensive, easier to operate, and, most significantly, reduces pollution load in STPs located downstream.

The Ganga river is India’s most respected river, and it attracts vast crowds to its banks throughout the year. The Kumbh Mela, for example, attracts millions of pilgrims who take a holy dip in the river. The National Mission for Clean Ganga used bioremediation technology with the support of the National Environmental Engineering Research Institute to reduce 2 MLD pollution entering the Ganga river from six major drains in a short period of time. The NEERI developed an in-situ treatment called RENEU (REstoration of Nullahs with Ecological Units) that employs the natural attenuation concept in combination with engineering instruments to treat sewage drain water as it travels down the drains. The results fulfilled the discharge norms with a 40 per cent reduction in BOD and COD in all drains. Bacterial load was found to be reduced by a factor of 10, sometimes even more.

In India, bioremediation is becoming more popular, with more pilot projects being conducted. This has brought to light a few drawbacks that must be considered before implementing this technology. The first is that it is slower than mechanical treatments and can be used in shallow streams, drains, soil, and groundwater. Toxic element concentrations that are too high can injure the aquatic plants used in this procedure. The less turbulent site conditions are extremely important for success. Biological processes are frequently very specialised. The availability of metabolically competent microbial populations, proper environmental growth conditions, and optimum quantities of nutrients and pollutants are all important site considerations.

Because of the continuous flow of wastewater, disinfection of wastewater is essential to minimise the faecal coliform load in the drains, which is challenging to accomplish in bioremediation, even with check bunds and other measures. Not all substances can be completely degraded in a short period of time. Finally, extrapolating pilot-scale studies to full-scale field operations is problematic. Bioremediation systems that are acceptable for sites with complex combinations of pollutants that are not evenly disseminated in the environment and may be present as solids, liquids, or gases need to be developed and engineered.