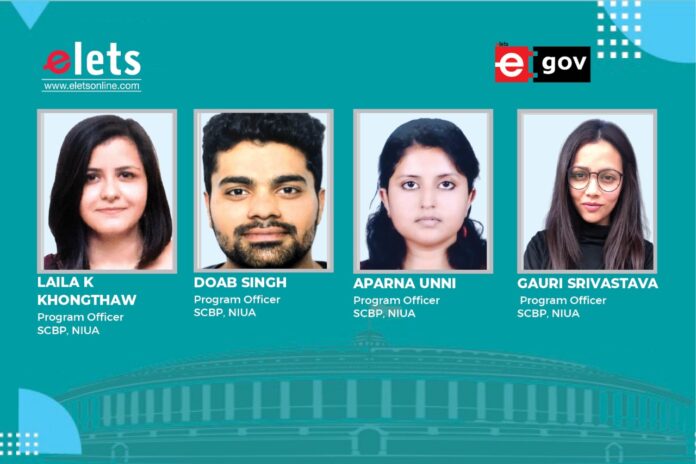 Safe sanitation practices and access to improved sanitation facilities are vital for public health and the environment. This is globally recognised in the form of the UN Sustainable Development Goals (SDG), particularly SDG 6.2, which aims to achieve universal access to adequate and equitable sanitation and hygiene by 2030, writes Program Officers for NIUA’s Sanitation Capacity Building Platform – Laila K Khongthaw, Doab Singh, Aparna Unni, and Gauri Srivastava.

The importance of safe urban sanitation was first highlighted with the launch of National Urban Sanitation Policy (NUSP) in 2008, which emphasised on city sanitation plans and sanitation strategies for states. Later, when Swachh Bharat Mission (SBM) was launched in 2014, its focus on social behaviour change ensured open defaecation-free status with 100% access to Individual Household Latrines (IHHL). 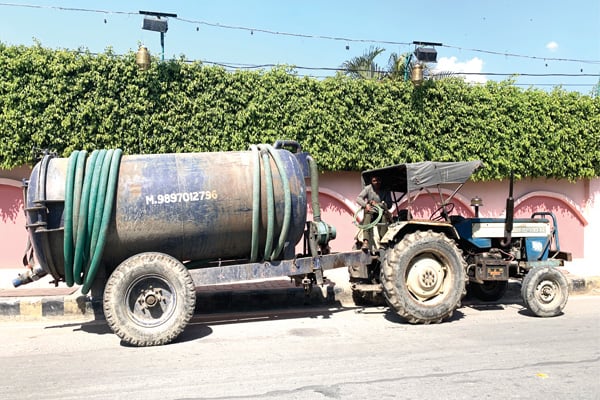 This progress under SBM saw a greater dependence on On-site Sanitation Systems (OSS). Subsequently, the Ministry of Urban Development (MoUD), now Ministry of Housing and Urban Affairs (MoHUA), recognised that the end objectives and corresponding benefits of sustainable sanitation cannot be achieved without proper management of faecal sludge and septage (FSS) across the sanitation chain. Thus, MoUD launched the National Faecal Sludge and Septage Management (NFSSM) policy in 2017. The policy addresses synergies between FSSM and sewerage systems, and its primary goal is to establish the context, priorities, and direction for nationwide implementation of FSSM services in all Urban Local Bodies (ULBs). It applies to all Central government schemes, programs, and projects that facilitate sanitation services in India’s urban and peri-urban areas. Since almost 80% of urban Uttarakhand is dependent on OSS systems, it is imperative to implement FSSM in cities across the state to ensure safe sanitation.

A study by National Institute of Urban Affairs’ (NIUA) Sanitation Capacity Building Platform (SCBP) in 2020 highlights the state of sanitation in different cities of Uttarakhand. The salient observations were:

● Majority of septic tanks do not conform to the IS code 2470 standards for installation of septic tank systems
● OSS emptying period ranges from 5 to 10 years, which is not as per the SBM guidelines of ODF++ Protocol 2020
● The state lacked registered private desludging operators in most cities
● Mechanical desludging in hill towns is impeded by lack of access to OSS from motorable roads
● Majority of cities lack treatment facilities and safe septage disposal provisions

Apart from such issues associated with septage management, the state also has to contend with lack of greywater management. Municipal sewage is the cause of 80% pollution in river Ganga, according to a report published by State Program Management Group 1, Namami Gange, Uttarakhand, leading to widespread water-borne diseases. 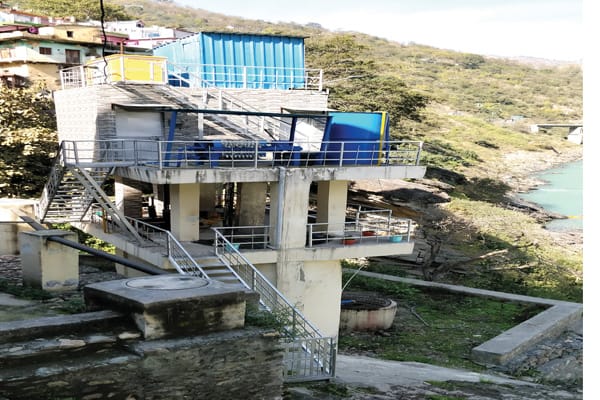 Pollution from sewage carried by municipal drains and overflow of OSS systems also affects other smaller rivers in the state such as Bhela, Dhela, Kosi, and Pilakhar. This is highlighted in the River Action Plans, prepared by River Rejuvenation Committee, Uttarakhand, for restoring the nine critically polluted river stretches identified by Central Pollution Control Board (CPCB).

The national FSSM policy provides stakeholders, whether city or state, the direction they need for addressing gaps in the sanitation chain and provision of FSSM services. Recognising the importance of this, Uttarakhand state has taken several decisions and actions in accordance with the national policy.

The state issued the State Septage Management Protocol in 2017, shortly after the NFSSM policy was launched, as a guiding tool for all ULBs for effective and safe septage management. In 2019, the Urban Development Directorate (UDD) of Uttarakhand signed an MoU with NIUA to support state-wide FSSM implementation through capacity development, technical, policy advisory, and hand-holding support.

The state’s Septage Management Protocol addresses some of the key features of the NFSSM policy locally at the state and ULB levels. These are reflected in the initiatives taken by the state, as shown in the table below.

Additionally, some cities have begun developing an OSS database through household surveys, and rolled out IEC on FSSM. Capacity development is one of the key components of NIUA-SCBP support to the state. The Uttarakhand Academy of Administration (UAoA) facilitates orientation and advanced training on FSSM for state officials and other practitioners in line with national priorities through its partnership with NIUA-SCBP. To date, state officials from over 80 ULBs, including 15 Ganga towns, have been trained either online or offline.

Most ULBs in the state are small with less population3, and lack infrastructure for used water treatment. Therefore, to maximise utilisation of existing infrastructure, the Uttarakhand government is considering the clustering approach for streamlining FSSM across all the ULBs. Here, cities with existing or upcoming treatment infrastructure would serve as ‘hosts’ and smaller ULBs within 25 km would be the clusters.

For this, the state will seek to mobilise funds from SBM 2.0, which has allotted it Rs 203 crore for addressing the used water challenges. In this regard, UDD and Uttarakhand Urban Sector Development Agency (UUSDA), in consultation with NIUA, are preparing a sanitation plan for all 103 ULBs, to recommend appropriate septage management approaches. To strengthen the process, NIUA, in consultation with UDD, is also developing a strategy and investment plan which will help plan and secure funds from SBM 2.0 and AMRUT 2.0, while also identifying potential treatment clusters for all ULBs. There is also a commitment to ensure co- treatment in all existing and upcoming STPs within the state. The National Mission for Clean Ganga (NMCG) recently approved the implementation of co-treatment in existing STPs of Haridwar, Srinagar, Rishikesh and Devprayag. The state also intends to strengthen the capacity building on urban issues by establishing the State Urban Development Institute (SUDI) at UAoA, Nainital. This is envisioned as a state-funded training and research institute that will focus on urban issues including FSSM through training, research and documentation. The state government will fund SUDI for the coming four years. 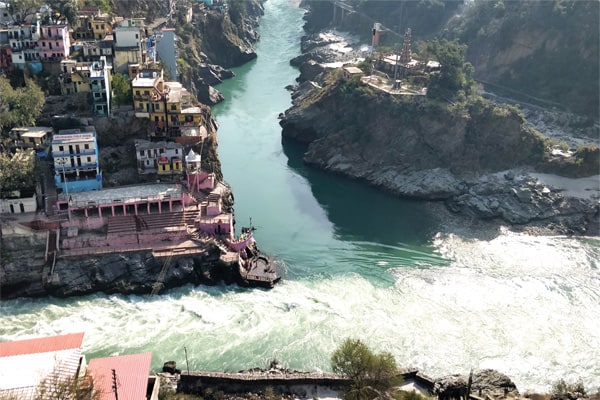 Uttarakhand state is taking steps towards achieving sustainable sanitation by addressing different aspects – policy regulation, capacity development, technical details – in an integrated manner. There is, however, a long way to go, given the unique challenges it faces as a mountain state, and catchment of the nation’s major rivers, while also being especially vulnerable to climate- induced disasters. The state’s experience can, therefore, offer insightful learnings for pursuing the Sustainable Development Goals.