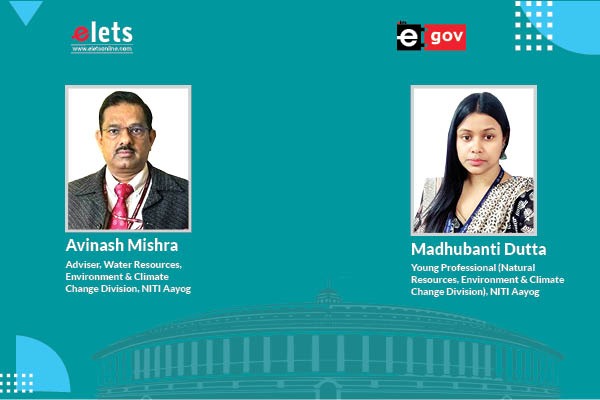 There is acute stress on freshwater availability as it is projected that the per capita average water available will dip to 1434 cubic meters in 2025 and further to 1219 cubic meters by 2050. Also, it is projected that by 2030, the country’s water demand will be twice the available supply, if business as usual continues, implying severe water scarcity for hundreds of millions of people and about a 6 per cent loss in the country’s GDP. If indiscriminate exploitation and poor management continue the way it is happening, India may become one of the top six Water Scarce Countries by the year 2025. Dependence on groundwater is 80-85 per cent in rural India, whereas in urban India it is 55-60 per cent¹. 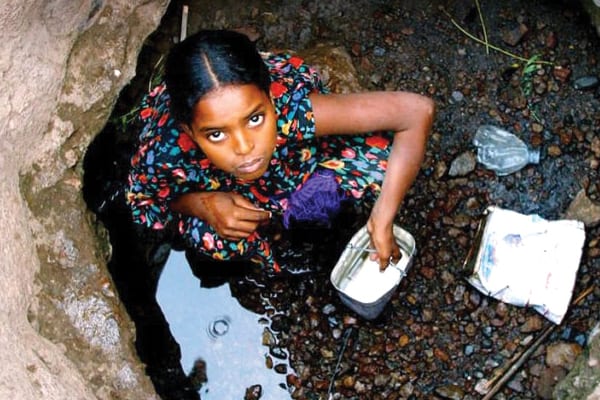 Water insecurity plays a driving role in conflicts and famines around the world, while water pollution and scarcity pose long-term economic threats to developing and developed nations alike. And institutional investors around the globe have noticed: Water ranks among their top three environmental, social, and governance (ESG) concerns, according to the 2019 RBC Global Asset Management Responsible Investment Survey². All industries rely on water in some way. A company’s water footprint can be seen in four key areas of its value chain: raw materials, suppliers, direct operations, and product use. As McKinsey’s 2009 report Charting Our Water Future: Economic Frameworks to Inform Decision-Making made clear that climate change, population growth, and changing consumer habits are increasing water stress for many regions.

The recent McKinsey Global Institute report Climate Risk and Response: Physical Hazards and Socioeconomic Impacts notes that many of the world’s basins could see a supply decline of around 10 per cent by 2030 and up to 25 per cent by 2050. By 2050, according to UN estimates, one in four people may live in a country affected by chronic shortages of freshwater. The World Bank estimates that the crisis could slow GDP by 6 per cent in some countries by 2050 as well. As the world embraces the importance of environmental sustainability, organisations must place a greater emphasis on addressing the global water crisis and minimising the impact on themselves and the planet. Water stress is a risk multiplier. Alone, it is a major risk with the potential to upend socioeconomic and ecological systems. When compounded with other risks, such as those related to food and energy systems, politics, and infrastructure, it becomes detrimental. 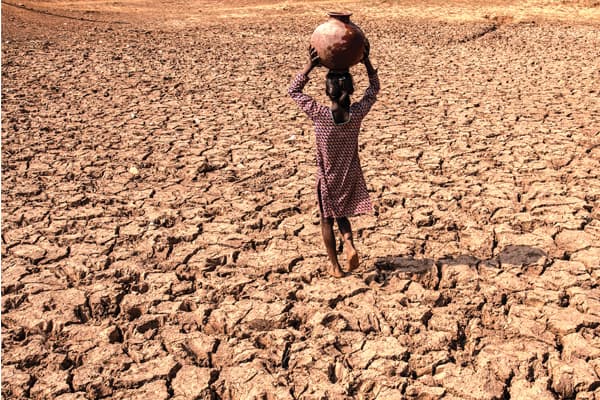 Challenges lie in managing the water resources among the various competing demands of drinking water, agriculture, industry, power, ecology, etc., and also establishing a balance between the economic development and sustenance of natural resources. The cropping pattern and allocation of water share among various crops should be scientific and rational. To date, 85 per cent of irrigation water is being provided to paddy and sugarcane. So, the need of the hour is to cover a large area under Micro-Irrigation.

We need to recover the service fee instead of providing it free of cost, as the prices comprise of two elements: one for resource cost, another for the service fee. Therefore, resource costs may be free but service components should be charged for better system management. Our use in the agricultural sector is close to 90 per cent whereas in China it’s around 63 per cent³. We must adopt the use of more innovative technologies to better manage the use of water, which would further help in managing scarce water resources sustainably.

The higher agricultural growth is expected to contribute directly to overall GDP growth and even more as an inclusive growth. Since more than half of the population still derives its income from agriculture, faster agriculture growth is perhaps the most effective instrument for reducing rural poverty. It would mean raising farm income for land-owning farmers and wage income for landless farmworkers. The growth in the agriculture sector depends largely on irrigation as this is an important component of agriculture to develop. If indiscriminate exploitation and poor management continue the way it is, then India may become one of the top six Water Scarce Countries by the year 2025. Annual per capita availability of water will reduce to 950 cubic metres and the total demand is expected to increase to 1050 billion cubic metres by 2025. Demand for water in the industrial sector is increasing by 8 per cent per annum and will reach 191 billion cubic metres by 2025. 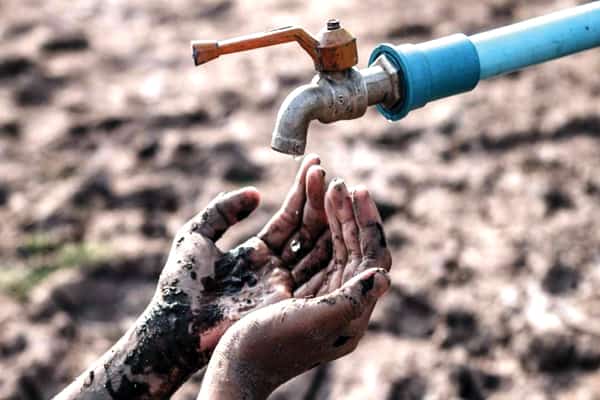 The Government of India is committed to accord high priority water conservation. In this context, the Government of India conceived Pradhan Mantri Krishi Sinchayee Yojana (PMKSY) with the objective of extending the coverage of irrigation in a focused manner with an end-to-end solution on source creation, distribution, management, field application, and extension activities. The Cabinet Committee on Economic Affairs chaired by the Prime Minister has accorded approval of PMKSY in 2015. The scheme has been formulated by amalgamating ongoing schemes viz. Accelerated Irrigation Benefit Programme (AIBP- PMKSY), CAD development & waterbodies, Har Khet Ko Pani of the Ministry of Jal Shakti, Integrated Watershed Management Programme (IWMP) of the Department of Land Resources (DoLR), and the On-Farm Water Management (OFWM), i.e. Micro Irrigation of the Department of Agriculture and Cooperation (DAC).

Conclusion
There is a need for allocation of water share among four sectors i.e. agriculture, drinking including livestock, industry, and ecosystem. There is a need for water regulatory authority to make efforts to create such management of water resources basin-wise. This will create the roadmap towards Integrated Management of Water Resources.

Therefore, there is a dire need to rejuvenate, renovate and reclaim these valuable water bodies to make cities peacefully livable. Urban India is the new norm and with certain advancements in technology, the rise in urbanisation will accumulate limited resources for unsustainable use. Hence, there is a pressing need to think and plan for a future urban India where cities are smart, sustainable, accessible, and livable⁴. Moreover, moving forward in smart urban India w-ith an aim of accessible potable water, there is an urgent need for complete transformation and renovation of water utilities and related infrastructure through long-term Investments in water management which can also ultimately improve public health.