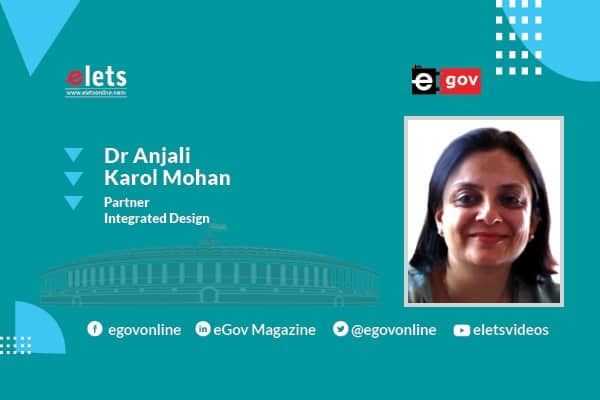 Ascertaining India’s urbanisation status can lead to potentially different statistics, depending on the criteria used. The Agglomeration Index measured by the Census of India, 2011, was 31.2 per cent. A further unpacking of this number reveals the share of urban population which lives in towns and cities, actually classified as urban, and governed by urban local bodies is 26 per cent. While the remaining 5.1 per cent is accounted for by census towns, writes Dr Anjali Karol Mohan, Partner, Integrated Design.

In the current policy context, getting the statistics right (as mentioned above) is critical on at least two counts: First, the statistics influence the international ranking of the development status of the country. Second, internally these statistics direct development strategies, public policy, planning interventions, administrative and governance measures as well as financial allocations. Both these influence the creation of sustainable (and resilient) cities and communities as is articulated in SDG 11 inclusive of its goals and targets.

Localising the SDG11 needs to necessarily move beyond the current binary and associated definitions of the urban and the rural. These do not capture the incremental, yet massive urbanisation occurring in the urban villages and the peri-urban, small towns, census towns and large villages.

The dismantling of the binary to acknowledge the on-ground fluidity, usually manifesting in clusters, networks of and linkages between the urban and the rural should serve as the guiding construct for conceptualising and planning cities and city-regions. Notably, these clusters, networks and linkages also emerge incrementally and are markers of the historical evolution of the settlement. Significantly, embedded within these clustered and networked linkages are livelihoods and everyday socio- political and cultural practices. Supporting these economic, social and environmental links between urban, peri-urban and rural areas constitutes a critical target of the cities SDG 11.

How can these larger regions and embedded landscapes be comprehended and managed? One way to do this is to employ a worm’s eye-view–complementing the bird’s eye-view to planning and managing city regions. Such a complimentary analysis will facilitate recognition and acknowledgement of the urban, peri-urban and rural as parts of a mosaic, requiring integration to complete the mosaic. By extension, foregrounding an embedded, yet shifting web of mutual socio- ecological interdependencies, shaping the everyday lives and living patterns is an emerging imperative. To illustrate such an approach and provide a methodological direction, this article draws upon a World Bank-Cities Alliance funded project that sought to evolve a strategy and facilitating mechanism for the integrated heritage-based socio-economic development of the pilot region of Vijayapura, Badami, Aihole, Pattadakal (V-BAP) in Karnataka.

The V-BAP region is a rich cultural landscape that derives its identity from its vast natural, built and cultural heritage. Notably, many of these are living heritage sites, the implication being that the numerous heritage elements are an intrinsic part of the everyday living and livelihoods of the communities residing in these areas. Paradoxically, it is also the most backward region in the state contributing to severe regional imbalances in Karnataka. Thus, the preservation and conservation of heritage in all its elements present opportunities for economic development, social development. The project was initiated by unpacking the term heritage contextually and pivoting this understanding to trigger a rooted development. The conventional understanding of heritage was expanded beyond the built heritage to address all aspects of the everyday living culture.

The approach and methodology- diagnostic, contextual, process-driven and consultative and participatory – enabled an in-depth analysis of the inherent strengths of the region, recognizing the integral relationship between heritage (and associated tourism), culture and local communities inclusive of their socio-economic characteristics. The worm’s eye view was constructed through extensive semi-structured interviews and FGD’s, PRA’s and stakeholder perception surveys that led to a layered understanding of the development needs, potentials and aspirations inclusive of numerous traditional practices and livelihoods as embedded in the natural landscape.

Positioning the contextual understanding of heritage as an anchor, clusters, networks and linkages across and between the human settlements were mapped and overlaid to arrive at integrated strategies. For instance, V-BAP hosts weaving traditions and skills, owing to longstanding relationships between natural and cultural heritage – particularly black cotton soil, which supports cotton-growing, as well as limestone, which is used for dyeing. The Ilkal sarees (from Ilkal, a town having a mere 60,000 people in proximity to the World Heritage site of Pattadakal) and the Khana blouse piece material (from Gulledagidda, a town with a population of 30,000 people) both have a GI tag. Value chains were mapped and weaving clusters were identified to strengthen the value chains.

Similarly, the region is famous for its Khanavalis or canteens that serve locally produced food. Managed largely by local women, traditionally, these co-existed alongside the numerous pilgrimage routes. Currently, most are dysfunctional or under disrepair. Keeping the larger vision of anchoring development around cultural heritage, strategies were evolved to re-establish the severed linkages with the pilgrimage routes while establishing new links with the identified tourist circuits and trails. The underlying premise was to sustain livelihoods, especially those of women. In the same vein, the identified textile clusters and networks were integrated with tourist and pilgrimage circuits. Proposed cultural hubs at appropriate locations were programmed to include textile and weaving experience centres and sale counters, Khanavalis and other traditional art forms like Togalu Gombeyaata (puppet making) folk dances etc. hosted and performed by local artisans.

In conclusion, enabling a worms eye-view of regional landscapes through a mapping and profiling of
settlements, embedded ecologies and socio-cultural practices as nodes (with their inherent strengths) within a larger network will enable a gaze and engagement beyond the prominent urban centres. Importantly, it breaks the binary between the urban and the rural and by extension the silos in which these categorisations are planned. Within the network, Rabkavi- Banahatti, a weavers village of 814 is as critical a node as the Pattadakal World Heritage site or the heritage sites of Aihole (3000 people) and Badami (30,000 odd people).