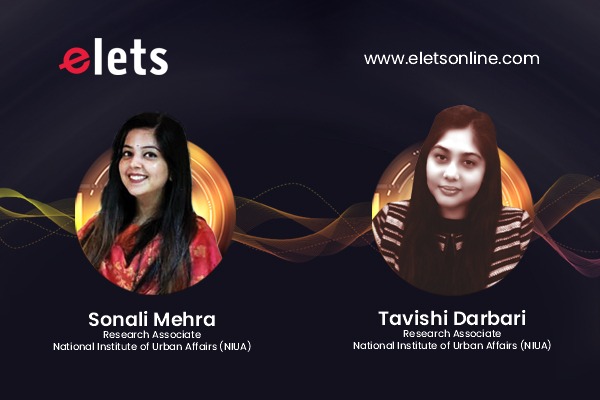 Inadequate management of municipal solid waste has become a global concern, affecting the quality of life in cities, especially within developing nations. The case of India is no different. High population density, rapid urbanisation and increasing consumption have made solid waste management a challenge. India is presently among the top 10 MSW-generating countries, given its large urban population and increasing adoption of high-consumption lifestyles (World Watch Institute, 2012). The current MSW generation is around 62 million tonnes annually and is expected to reach 436 million tonnes per year by 2050¹, write Sonali Mehra and Tavishi Darbari, Research Associates, National Institute of Urban Affairs (NIUA).

The Swachh Bharat Mission (SBM) is a leading example of an all-hands-on-deck approach towards achieving a national goal.³ Prime Minister Narendra Modi envisioned SBM to become a people’s movement and it has truly become everyone’s priority. The partnerships and convergence that this programme has achieved, across the central, states, between public and private sectors and most importantly between the government and its citizens are unique. Since the launch of SBM in 2014, the world’s largest behaviour change programme has managed to make incredible strides – increasing India’s sanitation coverage from 39 per cent to nearly 100 per cent in just five years. It has actively mobilised and exhilarated 1.3 billion people⁴. The main reason behind the successful implementation of SBM is the bottom-up approach of the programme towards behaviour change, and a widespread partnership- driven approach. Managing waste is essential for sustainable development. From a social, economic, and environmental perspective, Solid Waste Management plays a key role in achieving at least seven of the 17 SDGs. Specifically Targeting no. 11.6 of SDG 11 (sustainable cities and communities), reducing the adverse per capita environmental impact of cities, including by paying special attention to air quality and municipal and other waste management”. Therefore, it is important for policymakers to comprehend the linkages between SWM targets and other SDGs.

As stated by (Ajzen, 1991), the Theory of Planned Behaviour (TPB)⁵ is one of the most effective theoretical frameworks to explore the effectiveness of the policy design in the case of SBM. TPB is considered more systematic in explaining behavioural change and assumes that people behave rationally and that they take into consideration the implications of their actions.

The individual’s intention to perform or not to perform the behaviour is a critical pre-determinant of the practice. Understanding how to promote more sustainable behaviors across a range of contexts remains a key challenge for policymakers and researchers.

To make our cities more sustainable and livable appropriate behavioral change strategy needs to be adopted to promote citizen engagement for managing the waste at its source. There are two strategies that have been effective at motivating environmentally responsible behaviours. These include Information, Education and Awareness (IEC), and the reward-penalty approach.

The IEC informs, educate and inspires people to realise their roles and responsibilities and benefits accruing from investing in the right waste management practices. In the reward- penalty approach, a penalty refers to a punishment imposed for breaking a law, rule, or contract. It includes a monetary fine that is assigned for individuals who abstain from obeying the by-laws. Whereas, rewarding a citizen refers to a monetary incentive that will be offered for any environmentally and socially responsible behaviour.

With the successful implementation of SBM 1.0 various cities across India initiated innovative approaches to transform the individual behaviour to make the cities clean and sustainable and a step towards becoming more Swachh.

As a part of IEC activities, in the city of Indore, citizens played a significant role in making the city neat and clean. The cleanliness scenario of Indore was changed by the improved habits of its people. The Indore Municipal Corporation involved 850 self-help groups in spreading awareness for source segregation at home and conducting mass campaigns. For enlightening the citizens, several religious leaders came together on a common platform and conducted mass road-sweeping exercises at various locations. The composting awareness campaigns have been conducted by the Indore Municipal Corporation which resulted in more than 50,000 households doing home composting by converting kitchen waste into compost. Within a span of one year the Municipal Corporation successfully sensitised citizens for segregation at source, and not dumping garbage in open areas. The Swachhata story of Indore is a true transformation through community participation.

In Mumbai, the Municipal Corporation of Greater Mumbai (MCGM) organised city-level exhibitions for promoting segregation and processing of solid waste at the source. Similar exhibitions were also arranged at ward levels to create awareness about segregation, decentralised processing of waste techniques and options in the market. MCGM conducted public awareness and participation programmes by staging “Street Plays” and involving dignitaries which had a compelling effect in transforming the cities and attaining the desired goal.

In Madukkarai, the ACC Madukkarai Cement Works has evolved and launched the “Clean & Green Madukkarai”. This programme is implemented by Thidakazhivu Melanmai Thittam – SHG Groups consisting of 55 women. The programme aims to create and strengthen the mechanisms for the effective disposal of solid and domestic waste of the community. The programme has been successful due to active community participation. It aimed at bringing a behavioural change in the community for proper disposal of waste and to strengthen the existing Panchayat waste management programme. The continuous education and awareness generation resulted in 100 per cent participation of the community in effectively disposing of waste. After the implementation of this initiative, Madukkarai Panchayat has turned out to be a cleaner community.

As a part of the reward-penalty approach, in Panchgani, the council has come up with a penalty to deal with the issue of plastic and littering waste. A fine of Rs 500 is levied for the first time offender and those repeatedly not complying with the norms are fined Rs 5000. Also, they have levied a penalty for any activity that creates dirt in the city. To keep the citizen well informed about the reward-penalty approach, the council had put up signboards everywhere to inform tourists and citizens that throwing of garbage would be penalised. Every tourist entering Panchgani was politely intercepted by a Swachh volunteer and handed over an eco-friendly bag wherein they could collect all their trash generated during the visit. It is also complete bin free as alternative arrangements have been made for collecting fallen leaves by placing gunny bags at frequent intervals. Similarly, in Uttar Pradesh, a penalty will be charged for violating the provisions of the Solid Waste Management Rules, 2016 including littering in public spaces. The fine ranges from Rs 100 to Rs 2500.

Improved solid waste management systems have the potential to address multiple SDGs, both explicitly and implicitly. However, while many cities already have recycling and other domestic solid waste separation systems in place, there is a lack of support and understanding of their importance among citizens. The journey of SBM 1.0 clearly depicts to successfully implement any model in the cities, it is very important to opt for an integrated and collaborative approach for a targeted outcome. The behavioural change model can help cities to understand the behaviour and actions of individuals but to implement that behaviour requires a combined and dedicated effort. We should acknowledge that the actual change in the behaviour and practices in the communities take time and the interventions need to be designed accordingly to be delivered with relevant and progressive messaging. The SBM took five years to transform the cities. Persistence and innovation is the key to a sustainable and effective behavioural change for achieving household level source segregation of municipal solid waste in India.