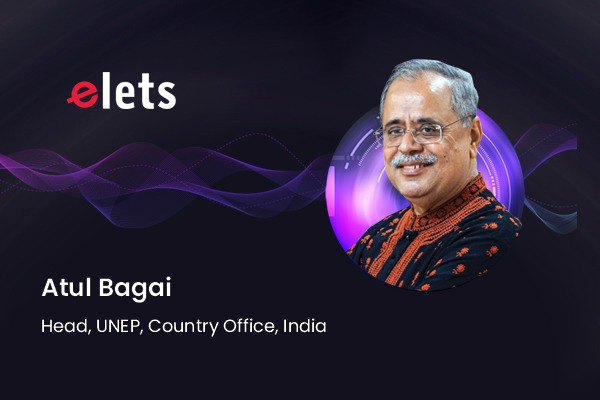 India’s journey towards achieving SDG 11.6 by 2030 asks for stringent measures to curb air pollution and improve municipal waste management. Over three-quarters of India’s cities do not meet the nationally prescribed air quality standards¹; at the same time, cities are struggling to collect, segregate and process the waste properly. Through this article, Atul Bagai, Head, UNEP, Country Office, India, aims to throw light on challenges India faces to deal with the above mentioned issues and what are possible solutions to enhance liveability in Indian cities.

SDG 11.6 aims at managing air quality and waste, which are the two most serious environmental issues, Indian cities are presently dealing with. In several parts of the country’s large cities – such as Delhi – the annual average particulate matter concentrations violate the national air quality standards by more than three times². It is important to note that Indian national ambient air quality standards are less rigorous than the World Health Organization (WHO) guidelines for various pollutants. WHO has recently revised its guideline values, reducing the prescribed tolerance for daily and annual PM 2.5 and PM10 averages, making the guidelines more stringent³. More than 7000 kt of fine particulates (PM2.5) emission loads are generated annually from a variety of sources in India⁴. Cities in India generate 55 mt/yr of urban municipal solid waste (MSW), of which only 37 percent is treated⁵. This is enough to cause severe deterioration of the environmental quality of these cities.

Air pollution is known to cause a variety of impacts on human health, agricultural productivity (in downstream rural areas of cities), buildings, and regional scale climate. 1.6 million premature deaths have been attributed to high air pollution levels in India⁶. More than 30 per cent of wheat is estimated to be lost due to high ground-level ozone concentrations in the country⁷. Deterioration of buildings of cultural heritage, such as the Taj Mahal, was evident in past. There are now studies linking high air pollution in India to changing climate at the regional scale. While air pollution is an invisible enemy – although perceptible when the particulate smog is very dense – waste is a more self-evident problem. Rising dumps of wastes in the neighbourhood or at open landfills raise serious issues of aesthetics, fly and odour nuisance, methane generation, safety, and groundwater pollution. Unmanaged waste is also a contributing factor to obstructing drainage systems and causing urban floods in many Indian cities. There is also a common thread which links air pollution and waste issues. The burning of mismanaged waste is a common sight in many cities which adds to air pollutant levels. About four per cent of PM2.5 concentrations in Delhi were reportedly attributed to refuse burning activities in the city⁸.

Cities are the generators of the problems and are also most affected by them. The high population density in cities ensures very high exposure to environmental pollutants and associated problems. Sources of air pollution in Indian cities vary based on city characteristics. In a city like Bangalore, transport has a major share in pollution apportionment, while in Delhi, sources like industries and biomass burning (mainly from outside of city limits) also contribute significantly. Cities like Ludhiana, Kanpur and Surat depict higher shares of industrial activity due to associated activity levels. Other than their own local sources, cities in the Indo- Gangetic plains are influenced by biomass burning happening in surrounding rural areas. However, in the South and West of India, the influence of the industrial sector on background levels of air pollution is also significant.

Municipal solid waste constitutes both bio-degradable and non-biodegradable materials. Plastics, the non- biodegradable, which are also the most important constituent of marine litter, have a major share (3.3 mt/yr⁹) of 6.9 percent in the total MSW in India¹⁰. Despite its low per capita consumption of 11 kg¹¹ (Global avg. 28 kg), India is the 12th highest contributor to mismanaged plastic waste and is projected to become fifth by 2025¹². The Ganges is among the 10 river systems, which carry 88-99 percent of plastic to the ocean¹³.

There are several initiatives that have been taken in India for control of the two issues. In 2019, India announced the National Clean Air Programme (NCAP) to tackle air pollution with a targeted approach to reduce particulate matter pollution by 20-30 percent by 2024. Along with national-level actions, NCAP identified 132 non-attainment cities¹⁴ for which city-specific action plans are being formulated and implemented¹⁵. There are specific efforts made by both the Central Government of India and the Government of Delhi to control air pollution, but the benefits accrued from these interventions – including CNG, Metro rail, advanced BS-VI standards, the shift of industries to cleaner fuels, and gas-based power generation among others – may be negated by the growth of various sectoral activities in and around the cities. In many cities like Delhi, industries were shifted out or are shifted to gas, but many of these still run and use coal outside the city limits in the upwind regions¹⁶. There are coal-based power plants in many cities that also contribute to emissions. While efforts are ongoing to convert the traditional brick kilns to zig-zag technology, there are many which use traditional technologies, continuing to contribute to particulate matter, including black carbon emissions, in the airshed of the cities. While most people use LPG in cities, a significant population outside of cities is dependent on biomass for cooking purposes¹⁷. India has also taken some significant steps to control waste and plastic pollution; the country announced bans on single-use plastic items¹⁸, draft EPR (extended producer responsibilities) rules¹⁹ and launched Swachh Bharat Mission 1.0 and now 2.0, which emphasises the provision of adequate facilities for solid/liquid & plastic waste management in India. Despite these efforts, the problems of air pollution and waste management have not been effectively controlled yet. This raises pertinent questions on whether the measures taken are adequate, whether there are issues of implementation and enforcement of rules and policies, and finally how public participation can be enhanced for improving the effectiveness of the planned measures

There is no dearth of regulations in these sectors but enforcement of law and implementation of strategies is a big concern. The limited capacity of pollution control boards and urban local bodies point to the need for technological reinforcement to address issues related to vigilance and enforcement. Institutional and budgetary capacities need to be strengthened to ensure the smooth implementation of plans for air quality and waste management. Science has a big role to play and needs to be exploited to design the most effective and optimal strategies for control. In addition to existing ones, additional steps, including fleet modernisation, strengthened inspection and maintenance systems, electrification of fleets, and technology-based enforcement in industries will be required for air pollution control. For waste management, fiscal mechanisms and business models need to be developed to treat it as a resource and develop markets for its management. Alternatives to plastics and developing recycling capacities will remain the key to reducing the use of plastics and managing their consumption.

The impacts of air pollution and waste weigh much more than the costs of their control. They are not only denting the country’s economic growth, but also lead to serious issues for the environment, and for human and animal health. Control over these two issues will not only serve to meet SDG 11.6 but will also contribute towards the mitigation of climate change through the reduction of short-lived climate pollutants.