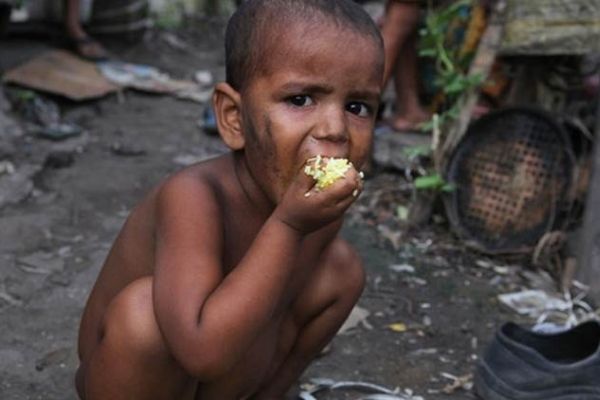 In response to an RTI query, the Ministry of Women and Child Development (MoWCD) revealed that more than 33 lakh children in the country are malnourished and over half of them fall under the severely malnourished category. The States of Maharashtra, Bihar and Gujarat have the most number of malnourished children.

As per the compiled data from 34 States and Union Territories, the Ministry reported a total of 33,23,322 cases of malnourished children in its response to the RTI filed by the Press Trust of India (PTI). The numbers were recorded on the Poshan tracker application developed in the previous year for real-time monitoring of nutrition outcomes to aid good governance.

However, the two sets of data have been collected through different collection methods. The data from 2020 was from the count shared by the 36 States and Union Territories to the Centre, while the latest figures were registered through the Poshan tracker where the ‘Aanganwadis’ have entered the numbers directly shared with the Centre for assessment.

In both conditions, the children suffer severe health repercussions. While the SAM children have very low weight for their height and are nine times more likely to die in case of diseases wing to their weak immune system, those suffering from MAM are also at increased risk of morbidity and mortality during childhood.

Commenting on the RTI response from the Ministry, Puja Marwah, CEO, Child Rights and You (CRY) said, “Services like ICDS (Integrated Child Development Scheme) and mid-day meals in schools have become irregular during the prolonged closure of schools. These have severely affected children living in multi-dimensional poverty disproportionately since they have been largely dependent on these services to fulfil their rights and entitlements.”

In a serious action to mitigate the loss caused by the pandemic, the authorities need to reconsider budget allocations to secure the nutrition security of children and address bottlenecks in the utilisation of the funds, she added.

The last available figure of malnourished children is from NFHS-4 (National Family Health Survey) in 2015-16 that showed 38.4 per cent of children under five years are low height-for-age and 21 per cent wasted or low weight-for-height in India. NFHS-5, released in December 2020, brought out the result that 22 states and UTs show a grim scenario and showed that malnutrition increased among children in 2019-20 from 2015-16 in 22 states and UTs.

Moreover, India has slipped to the 101st position in the Global Hunger Index (GHI) 2021 of 116 countries. The country stood at 94th position in the previous year’s rankings and slipped down to 101 in the latest ranking falling behind its neighbours Pakistan, Bangladesh and Nepal.