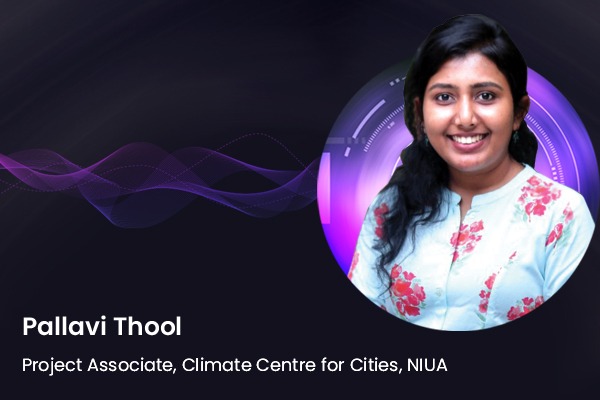 India experienced the highest monsoon rainfall in 2019 when compared to the previous 25 years¹. Around 12 per cent of India’s geographical area is floodprone which makes the country highly vulnerable to flood. Every year, around 75 lakh hectares of land is impacted by floods resulting in the loss of more than 1,600 lives and damages to houses and public utilities exceeding over Rs 1,800 crores². In addition to flooding, water stagnation has become an increasing concern due to changing urban development patterns, increasing use of impervious surfaces deterring groundwater absorption, inefficient stormwater network, encroachments of development in floodplains and decreasing green cover that has the potential to slow down stagnation. In order to mitigate and adopt appropriate actions, it is necessary to determine the type of floods that are most recurring and causing damages, which will further help in preventing the flood and water stagnation challenges. Commonly, there are three types of floods as follows¹:

Larger cities are witnessing a rise in the incidences of Pluvial Floods due to the rapid transformation of the natural landscape of urban development. Inadequate capacities of stormwater drainage, encroachment and improper disposal of solid wastes into natural drainage are a few of the major challenges resulting in Urban Flooding. MoHUA defines the Urban Floods as ‘the submergence of the usually dry area by a large amount of water that comes from sudden excessive rainfall, an overflowing river or lake, melting snow or an exceptionally high tide’. In this situation, the floodwater gets accumulated in the built environment when the inflow of stormwater exceeds the capacity of the drainage system in a very short period of time. Flooding and water stagnation may cause damage to the built environment and increase the fatality rate. As a result, cities have witnessed the loss of lives and properties, disruption in transport and power services. Therefore, management of urban flooding has to be accorded as the top priority, aligning to which certain mitigative measures can be undertaken to reduce the impact of flood and water stagnation. This article focuses on three key actions important for mitigating the flood impacts i.e. Flood Risk assessment, Implementing SOPs and establishing EWS, which are elaborated as follows: (i) Mapping of flooding hotspots and Flood Risk Assessment

The flooding hotspots are defined as zones that are likely to be exposed to flooding with high exposure⁴. The mapping of flood hotspots enables cities to recognise their own weaknesses, resources, and capacities, which are important in transforming the ultimate damage and loss scenario. Mapping can be done involving various vulnerable communities and using spatial mapping tools such as GIS, google earth.

Apart from mapping hotspots and as an initial step, Flood Risk Assessment is an important tool that helps identify the sources of risks and estimate the impacts of destruction caused by flood, which further helps in making informed decisions on measures to be taken before and during the hazard. Proper estimation of risk analysis requires careful consideration of a number of factors, including watershed properties such as size, topography, and land use, the types and characteristics of storms that produce rainfall and flooding in the region, and the number, location, and types of buildings and other assets that could be damaged⁵. This can provide valuable support to cities for a range of decisions such as land-use planning, design of infrastructure, and emergency response preparation.

Visakhapatnam has undertaken projects on flood risk and vulnerability assessments through an interactive and participatory process. The assessment comprises mapping and identifying flood risk zones using ArcGIS, followed by a Vulnerability Analysis and preparation of flood management actions. The city has conducted training of government officials and communities as an integral part to manage flood and water stagnation risks.

In order to reduce the impacts of urban flood and stagnation in vulnerable hotspots, ULBs need to develop the Standard Operating Procedures (SOPs), a set of instructions that define the roles and responsibilities of various stakeholders in a comprehensive manner to mitigate and manage flood events. As per MoHUA, Standard Operating Procedures (SOPs) can be defined as “A set of directives, covering those features of operations that lend themselves to a definite or standardized procedure”. MoHUA has developed a model SOP for Urban Flooding as a guide for states and UT Administrations which will help cities prepare their SOPs in five phases such as Preparedness, Early Warning, Response, Relief and Restoration⁶. This can further be integrated with cities Land-use Plan and the Master Plan. Devising a mechanism for implementing SOPs, ensures effective integration of tasks of each stakeholder at every stage of the flood management process and enables continuous coordination of all actions. 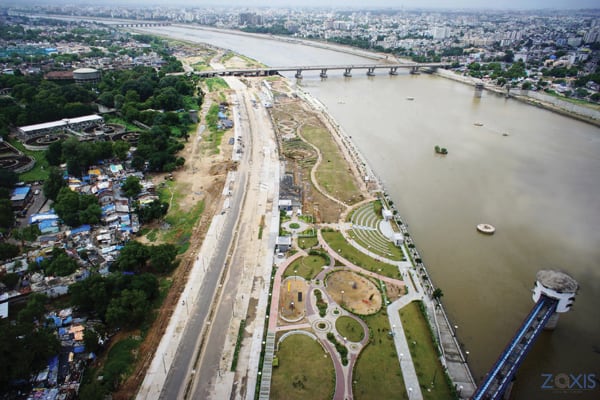 The Municipal Corporation of Kakinada has prepared a comprehensive City Disaster Management Plan (CDMP) supported by Andhra Pradesh Disaster Management Authority and UNDP. The CDMP incorporates SOPs formulated by various departments based on the flood and stagnation risks, which also emphasises the training of staff to define their roles in order to initiate communication systems during such circumstances. Community-based flood management units established by Kakinada city have helped them in identifying vulnerable areas and evacuation routes, overseeing the operations of field stations and disseminating flood forecasts and warnings.

Urban Flood Alert and Early Warning System (EWS) are mechanisms that can detect flood threats and warn the inhabitants of the approaching menace. Establishing an end-to-end EWS is a prerequisite for cities to prepare better for a flood disaster. It is considered as one of the sustainable and cost-effective flood preparedness strategies that can reduce casualties and damages to properties substantially. The four vital components of Early warning systems are⁷:

●  Risk Knowledge helps cities in a systematic collection and analysis of data, considering the dynamic nature of hazards
●  Monitoring & Warning Services continuously monitor the flood which is essential to generate accurate warnings that can operate 24 hours a day
●  Disseminations & Communications focus on communicating the risk information and early warnings to vulnerable people that help safeguard lives and livelihoods,
and
●  Response Capability helps build national and community level capabilities which are essential for communities for understanding their risks and being well informed on safety options.

The city of Guwahati has established a Flood Early Warning System (FEWS) to alert local authorities about flash floods and heavy rainfall. It is a fully automated system, which uses advanced hydrological models to indicate warnings prior to 72 hours of a possible flood. FEWS was developed as a pilot project under TERI supported by NDMA in collaboration with the India Meteorological Department (IMD) and the Assam State Disaster Management Authority (ASDMA) to enhance resilience for urban floods that can be replicated across India⁸.

Considering the aftermath of urban floods and water stagnation, a holistic approach for mitigating the impacts of such risks need to be adopted by cities. An integrated Flood Management Plan is a robust tool for tackling these challenges in the following stages: preparedness, mitigation, response, and recovery. In order to implement the Flood Management Plan, technical and financial assistance is being provided to states and UT Administrations through a range of programmes and guidelines.

Aligning to the technical assistance at the national level, the recently launched ClimateSmart Cities Assessment Framework (CSCAF) 2.0, has a dedicated indicator ‘Flood/water stagnation risk assessment’, where 126 Indian cities were assessed in 2020. The indicator provides guidance and a step-by-step approach for cities to strengthen flood resilience. Conducting assessments, identifying vulnerable hotspots, ensuring implementation of SOPs, and establishing end-to-end Early Warning Systems (EWS) are important strategies for cities that experience flooding and water stagnation. These strategies will help mitigate the risk of urban flooding and achieve commitments towards SDG target 11.5, which emphasises curtailing the damages to critical infrastructure and loss of lives due to water-related natural and human-induced disasters.