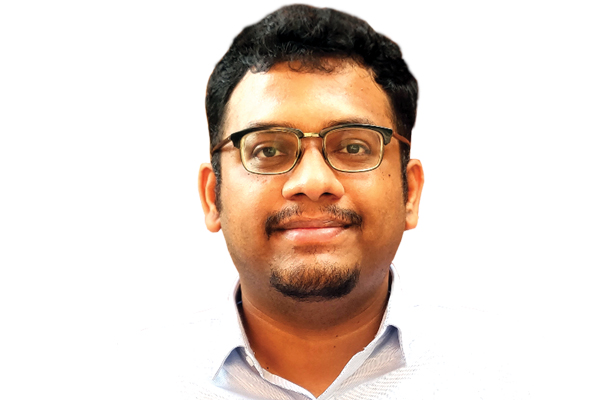 Policymakers globally recognise that humanity’s fight against the rising social and environmental ills will be won or lost in our cities. India is a microcosm of the global urban order. On one hand, Indian cities are hubs of productivity, alchemising growth through employment, industry and innovation. On the other hand, countervailing this veneer of activity is an undercurrent of social injustice, economic inequality and environmental stress that threatens to alter the urban fabric altogether, Rohit Saxena, Programme Officer – City Investments to Innovate, Integrate and Sustain (CITIIS), National Institute of Urban Affairs (NIUA).

Rising urbanisation exacerbates this tenuous urban situation as it further stretches infrastructure and capacities due to the increasing demand for basic utilities and services by the urban poor – a vulnerable group that has almost doubled in size after the COVID-19 pandemic. Urbanisation imperils the potential of cities to contribute to economic growth as they become hotbeds for rising inequality, especially in metropolitan Indian cities where economic activity is propped up by an ostensibly invisible supply of capital, resources and services from the urban poor. Despite little access to economic agency, civil liberties and environmental protections, they continue to prioritise wages over the promise of dignity and quality of life. Economists highlight that urbanisation is not following the Kuznets curve, and there is a fear that urbanised poverty and a cycle of low economic growth may increase in the long term as governments fail to convert urban areas into productive spaces due to shortsighted policies.

India’s low levels of economic resilience make the urban poor even more vulnerable to the shocks of urbanisation, particularly if coupled with events like the pandemic which exposed the exclusionary nature of our cities and their unsustainable growth patterns. It made self-evident the need to reimagine urban planning and management approaches to achieve urban inclusion and sustainable urbanisation. That cannot happen if existing trends continue – for instance, it is estimated that 1.2 million sq km of built-up area will be added to the world’s cities by 2050 (if urban land consumption continues to outstrip population growth by 50 percent). Such inefficient expansion will put unaccountable pressures on natural resources, and erode their carrying capacity. Clearly, this is unsustainable, particularly when we consider that Indian cities are among the fastest-growing globally. Almost 30 percent of all critical infrastructure is estimated to be exposed to multiple hazards. Local governments often skip investing in risk-proofing infrastructure because it can be expensive. We are now seeing the costs of ignoring climate change: from rising urban temperatures to a higher incidence of extreme weather events, to the polluted air that city-dwellers breathe, urban depredations now have increasing social ramifications.

The potential of India’s cities to drive economic growth has been well documented. Equally, Indian cities also have the ignominy of lagging on economic equity, social infrastructure, and political representation. Because the stakes are so high, we need our urban solutions to be robust and innovative if we are to achieve social, economic and environmental harmony. This fusion of the pursuit of the tenets of economic progress, social equality and environmental sustainability is at the heart of the Sustainable Development Goals (SDGs) as well, where there can be no doubt that a progressive urban agenda is integral to success.

An uninitiated observer will think of SDG 11 (Sustainable Cities and Communities) when relating the SDGs with urban development. But that is only the tip of the mountain – a compelling case can be made for the highly linked and quantifiable impacts of improved urban ecosystems on other SDGs. The needs of urban areas play an influential role in the development strategies and policy-making on diverse subjects, including poverty, health, education, sanitation, energy, industry, infrastructure, climate action and social justice. Conversely, urban policies and infrastructure act in equal measure as enablers and drivers of these diverse agendas. For instance, SDG 8 (Decent Work and Economic Growth) is heavily attributable to the kind of economic activity cities are able to generate. SDG 9 (Industry, Innovation and Infrastructure) can almost directly be premised on ease-of-doing-business policies and regulatory reforms for supply chains that are inextricably linked to urban areas, and even the cultural character of cities that facilitates social innovation and new ways of living. Given the increasing global urban footprint and demands made on energy and resources in cities, urban and environmental phenomena go hand in hand and will require combined policy solutions. Similar arguments can be made for most of the goals under the SDG umbrella.

The SDGs, along with other guidelines (Paris Agreement, New Urban Agenda, etc.) constitute a comprehensive template to orient urban policy-making in India. Nevertheless, it is important to situate urban interventions on local needs rather than blindly following national mandates. This requires a deep understanding of responsive urban planning and management, and the capacity to merge best practices with local requirements. Steadily increasing incremental gains in our urban infrastructure and capacities, rooted in inclusion and resilience, are what is needed. In order to plan and implement these solutions, we need our local governments to build capabilities in effectively managing this transformation. The SDG target 11.3 encapsulates this need for the evolution of our urban management systems.

Indicators 11.3.1 and SDG 11.3.2 are distinct but connected aspects of the target: the first corresponds to the need to optimise the physical rate of urbanisation; the second, to the need of strengthening capabilities to manage urbanisation. India needs advances on both these fronts.

On the physical front, policymakers and practitioners alike need to promote a regulatory framework that maximises land use. It is essential that we think of our cities as ‘system of systems’ by imbibing a holistic philosophy that moves away from norms-based planning. The Master Plan—India’s only statutory document for planning urban infrastructure, land use and development control—requires urgent reform to be responsive to land markets and inclusion considerations. Master Plans have traditionally “neglected the requirements of low-income households for living spaces as well as workplaces, perhaps because of a normative approach rather than an approach based on affordable consumption of floor space by low-income groups”, according to Isher Ahluwalia. Addressing the deficiencies of unplanned urbanisation is much more expensive than investing in balanced urbanisation at the start.

On the management front, it is imperative to accept the primacy of local governments in the future of urban development. The concept of devolution needs to have quick wins even as there is a long-term roadmap for the revamping of our urban management systems. Localisation strategies must guide all efforts made in strengthening institutional capacities through instruments such as formal training, technical assistance, advisory support, and the recruitment of skilled professionals. To do this, we first need to understand the needs of our city governments better and bridge the gap between preaching and practice. The highest priority should be given to incentivising building capabilities in project preparation; procurement; innovative financing; data management; and performance monitoring.

Many actors need to come in aid of our urban local bodies to put this into action. The facilitative and guiding role played by the federal government will be crucial in addressing the structural gaps in urban planning. But beyond such measures, the urban narrative in India itself needs overhauling. In this, the National Institute of Urban Affairs (NIUA) plays a leading role in coordinating among different planning scales and the policies that guide urbanisation, thus also creating a closed loop for capturing and disseminating novelties in urban management and operations. An apt example would be the harmonisation of the climate change policy through the ClimateSmart Cities Assessment Framework which has enabled Indian cities to map the reduction of their dependence on non-renewable energy. As India’s port of call for urban research, collaboration and practice, NIUA is able to leverage its experience in deriving evidence-based policies and project implementation to steer India’s urban discourse through structured critical thinking, capacity building and knowledge dissemination. Together, these ‘rites of passage’ of urban thought combine normative approaches with insights from project execution to demonstrate how various tools and instruments can be used to build local capabilities.

At the core of this process is the recognition that urban solutions must be owned and managed by ULBs. Participatory planning must set the agenda for developing robust and resilient infrastructure. This is reflected in the significance NIUA has accorded to citizen and stakeholder engagement – not only in commendable (if not perfect) first-time efforts such as the Delhi Master Plan 2041 which centralised the voices of the urban poor in Delhi but also through its vast repertoire of projects.

The City Investments to Innovate, Integrate and Sustain (CITIIS) program is one such example. CITIIS aims to develop urban projects that showcase the benefits of incorporating robust design, comprehensive stakeholder engagement, iterative monitoring, and strategic knowledge capitalisation and peer-learning in the project lifecycle. It has mandated cities to contemplate oft-ignored yet critical intangibles during project preparation through innovative use of templates for project planning documents, including uncommon ones such as the ‘Communications and Outreach Plan’ (COP).

Infrastructure project planning is all too often treated as a ‘DPR-and-done’ exercise, but that does not yield sustainable results, especially in the context of citizen adoption, environmental and social safeguards, and Operations and Maintenance (O&M). CITIIS intends to flip this dynamic. An example of this approach can be found in the city of Amritsar where a public transportation project to replace old diesel auto-rickshaws with e-vehicles is being implemented – the city went beyond conventional stakeholder engagement to form a first-of-its-kind ‘Auto Driver Cooperative Society’ which was supported by a regulatory reform in order to ensure buy-in from its most project important stakeholders.

Urban India is at a curious inflection point. Irrespective of where the imminent urbanisation will take us, India’s growth story will be captured in its cities which can either be breeding grounds for a cornucopia of societal challenges or crucibles for innovative solutions that can be implemented at scale. Responsive urban management and long-term change management— aided by transformative urban policies— can push us towards the latter path.