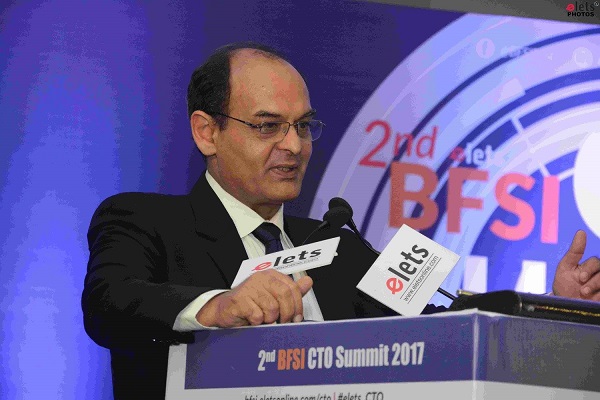 Mr Bhatia commenced hi addressed with a brief on Mumbai Ports. Moving his words to the COVID pandemic, he said, “At first we declared ourselves an essential service. The decision to mark ports as essential was taken at the ministerial level and hence, throughout the lockdown all the 12 ports were functioning.”

There was a general slump observed in the demand and supply, so the operations were about 75 to 80 percent when compared to the previous year, he added.

Talking about innovations in governance during COVID era, Mr Bhatia said, “In governance what is more important is if we are able to anticipate things. Since February we had started planning to deal with this pandemic. The first thing we did was we created working hostels in the custom bound area. We have an island via through 70 percent of our oil cargo and chemical cargo goes so the hostels were created there.” It was decided, in March, that the workers will be staying there on a tenure basis. So, the first batch of workers stayed there for around a month. Even now we have a seven-day tenure for the workers, he added.

Adding on, Mr Bhatia said, “We also created quarantine areas nearby the working hostels… Simple precautions were taken like temperature check, sanitisation tunnels which were discontinued following a statement from the Ministry of Health on spraying chemical on people for sanitising purposes. However, other measures were actively taken.” Most of the administrative work was shifted from physical files to online systems and video conferencing tools. E-office is the platform being used for the office works. No staff that can work from home should be called to the office and even now we have following this rule, added Mr Bhatia.

Further, speaking on the challenges he faced while implementing various works during the COVID era, he said, “One of the biggest challenges was to get passes for various stakeholders to keep the port operations ongoing. Ports cannot operate in silos there are a lot of private firms which are working in tandem with us, there are various government agencies and so passes for aloof them had to be arranged. In the first month, all the cargo was stored at the port and cannot be moved out as many factories were shut.”

“Moreover, we had to help the stakeholders so that their transport services get back on track… We also have a port hospital which has never dealt with anything like COVID. However, due to our proactiveness, we bought about 20,000 PPE kit sand various other equipment required. However, we had all incidents that almost every other hospital was facing. We got COVID positive case, we got a few of our doctors and medical staff infected. So, at this point, the e-governance interventions came in handy to keep the morale up of the workers. We also created isolation wards at the hospital. In the beginning, the hospital saw around 75 deaths in around two months. Most deaths were caused due to the unavailability of transport. Hence, we procured the ambulances and also asked people to call ambulances when in need. This lowered the death rate and finally, the hospital has managed to control in a good manner”, Mr  Sanjay Bhatia added.

He said, “When the hospital was getting crowded we opened a COVID Ashram where we placed people without co-morbidities and needs to be isolated. Therein, people were free to move out, however, doctors and nurses have to wear PPE kits. Moreover, a team of doctors used to sit in the control room and monitor the movement of people.” The facility was named Ashram because we started practising Yoga and meditation there. This gave people time and energy to recover and also helped them to be healthier, he added.

Wrapping up his address while speaking on a few more initiatives taken during COVID times, Mr Bhatia pointed out an e-governance initiative to move port logistics online. He said, “We have a port logistics community which we are looking forward to taking online so that everything that an importer or exporter s doing can be done on a single portal electronically. So, COVID helped us grow faster in terms of technology and upgrade systems.”