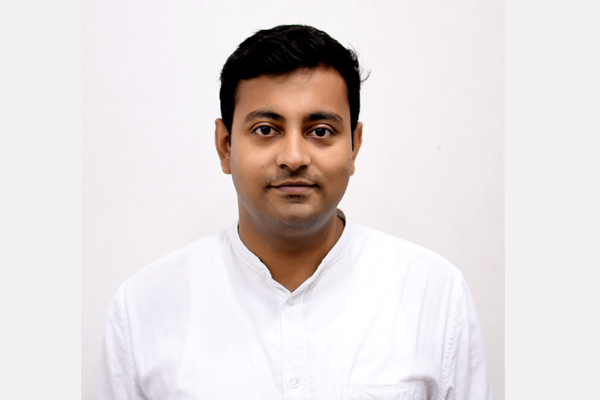 As the climatic conditions and lack of irrigation potential, people in Bastar region of Chhattisgarh has been affected adversely. Hence, the Naruwa project was planned which is purely a watershed-based concept under the guidelines of MGNREGA for rainwater harvesting and water conservation for irrigation and livelihood, writes Rajat Bansal, Collector and District Magistrate, Bastar, Chhattisgarh.

The Naruwa project based on watershed concept focusses on rainwater harvesting and aims to improve the water scenario in the Bastar region. Under the project, the detailed project report (DPR) was prepared as per the ridge to valley concept for rainwater harvesting. The plan was to make structures which are able to hold rainwater and recharge groundwater via surface storage.

As per the climatic changes and lack of irrigation potential many livelihoods have been affected due to low rainfall and low irrigation potential. The 65 drainage systems have a total of 4813 works proposed for the catchment area of 1,70,796.62 hectare of a stretch of 573.221 km of the drainage systems. The entire stretch covers a total of 158 gram panchayats. As per the analysis of the scenario and implementation of the project, various works like SCT, CCT, plantation, brushwood, gully plug, LBC, gabion, stop dam, check dam, irrigation canal, farm pond, dugwell, navin talab, etc. are considered essential for the treatment of drains under the watershed concept.

For the initial planning, the district authorities used GIS method and conducted a survey at the gram panchayat level for data collection and providing solutions for the water-related issues people were facing. GIS-based software like Google Earth and other important web portals like Bhuvan was used for planning and using ridge to valley concept. However, for better implementation of the works, the district authorities used different layers of Bhuvan portal for better understanding of the drainage systems and plan its treatment.

The administration actively involved gram panchayats and people to make maximum out of the project and enhance the efficiency of the works. The project focussed on increasing water availability and irrigation potential to strengthen the livelihoods in the area.

According to the DPR, the output of the project aimed to increase groundwater levels, increase in irrigation potential in 13,200.867 hectares both in direct and indirect manner, increase in water availability throughout the year, and a significant reduction in soil erosion via different works like plantations.

However, the main motive of the plan is to make a secure livelihood of the rural area as they mostly depend on the rainwater. All the seven blocks of Bastar district comes under the MWC as water-stressed blocks. Overexploited, critical and deprived of irrigation. In the recent past years, the rainfall pattern in the district has changed a lot and creates a shortage of availability of water for irrigation and decrease in groundwater levels and due to these reasons, it was a significant project for the district.

This was the first time when the rainwater harvesting plan was executed at a mass level in the district.

The level of citizen involvement for supporting the district administration’s project for improving water availability in the district.

The project also involved work on barren lands wherein many pieces of barren lands were treated to improve soil quality and fertility, carry out plantations and reducing soil erosion.

Many works were carried out by implementing successful combinations of traditional and modern concepts for the first time in the district.

Many approaches taken were implemented for the first time in the district like the use of different types of software and data for planning, involvement various government bodies like PHE, WRD, Forest and plan was guided by these different expert departments.

Citizen involvement was seen a major level for the first time which was very important which otherwise would have affected the outcome on the ground level.