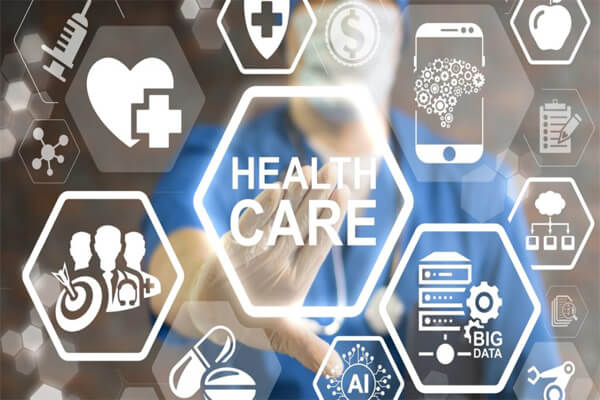 To achieve the target of making healthcare more inclusive and cost-effective, Karnataka has been using information technology effectively. The state has also been a pioneer in government supported health insurance schemes, such as Yashaswini and Vajpayee Aarogyasri, which were among the first of their kind initiatives in India, writes Vivek Ratnakar of Elets News Network (ENN).

With a clear objective of taking quality healthcare to the doorsteps of the citizens, Karnataka has been transforming its healthcare sector with a proactive approach. Karnataka is among the few pioneering Indian states with a strong track record in the formulation of health policies. The Karnataka State Integrated Health Policy was put in place in 2003 to address the specific healthcare needs of the state, recognising regional disparities to provide more specific planning. The state has also been a pioneer in government supported health insurance schemes, such as Yashaswini and Vajpayee Aarogyasri, which were among the first of their kind initiatives in India.

Following a pragmatic approach to policy formulation, the health indicators improved significantly in the state as the government increasingly focused on people oriented development of health services with strong emphasis on process and implementation. Among the larger states of India, Karnataka has one of the lowest infant mortality rates (IMR) at 24 per 1,000 live births. The percentage of births in a health facility has increased dramatically in the last one decade from 65 percent in 2005 to 94 percent in 2015.

Karnataka also became the first Indian state to have rolled out a Universal Health Coverage (UHC) scheme. The over 60 million population of the state was covered under the Arogya Bhagya scheme by merging existing health schemes under a single umbrella.

Having introduced a number of CSR initiatives, PPP models in healthcare system, telemedicine system in PHCs, teleradiology, e-Hospital, e-Arogya, PHC MIS projects, virtual clinics, Mobile Medical Units, among others, the government is providing a new direction to the sector that relies on the bottom up approach to further improve the health indicators of the state.

Upgrading health-related infrastructure and human resources in public health facilities in Karnataka are among the top priorities of the state. In 2018, Karnataka came up with Arogya Karnataka Yojane to ensure that medications are accessible to each one in the state.

Therefore, to overcome the shortage of medical personnel, the services of the doctors and specialists are hired on contract basis. Moreover, to promote traditional systems of medicine in the state, efforts have been on to make AYUSH systems an integral part of health care delivery system in the state.

Taking medical care to people living in rural areas has always been a challenge. For decades, the biggest question has been how to provide care to those feeling left out even in availing basic medical help. Karnataka’s Department of Health and Family Welfare has come up with Mobile Medical Units (MMUs). The MMUs take quality healthcare delivery to the door steps of the vulnerable sections of the population in remote, unreached and poorly accessible underserved areas of Karnataka.

Among the key priorities under National Health Mission in Karnataka are: availability of free drugs, diagnostics, dialysis units; focus on NCDs; operationalising the FRUs; strengthening of district hospitals; patient centric health care and toll free helplines; and addressing human resource gaps, among others. Karnataka has additionally finetuned these priorities based on the state’s needs, and the focus extends to delivering services like dialysis, ICU units, and repositioning ambulances every 15- 20 km till district and taluka level.

Other priorities include reduction of health inequality amongst people, strengthening infrastructure and referral system from PHC up-till multi-specialty level and focus on universal health coverage (UHC) through participation of private sector utilising tools such as telemedicine and e-hospital management.

It is important that decentralised health planning is done properly in the right spirit. Under NHM, Karnataka has been preparing district health action plans with a bottom up approach. It involves the data collected by Asha workers through a house-to-house survey. The plan is vetted by all the programme managers above district level, and based on that, the State Programme Implementation Plan (PIP) is prepared and sent to the Government of India.

Role of IT in Healthcare Sector

The state under NHM has embraced IT just like private sector. The state has a number of software pertaining to various programmes. For example, the mother and child tracking system, Health Management Information System (HMIS), Asha software, integrated disease surveillance system software, etc.

Karnataka has been working on health reforms for quite some time. Among some of the reforms adopted in the state include implementation of virtual clinics to facilitate the access, availability and affordability of primary healthcare to people in remote areas; C&R with rationalisation of available human resources; and streamlining of Human Resource Management Systems (HRMS), among others.

Karnataka State Health System Resource Centre (KSHSRC) was established in 2009 as an autonomous society. It functions as a technical think-tank within the Department of Health and Family Welfare which works with a vision to strengthen the health system by giving valuable evidence-based inputs for framing health policies. KSHSRC does meticulous analysis of all National Health Mission (NHM) activities for identifying the areas for improvement in implementation and also provides robust solutions in a structured manner. KSHSRC provides support to the department in the areas of Public Health Planning, Human Resource Management, monitoring, strengthening of MIS systems, infrastructure and other resource mapping (GIS), advanced IT solutions in health, community engagement for health, research and documentation, quality assurance and innovations.

Determined to provide a world-class healthcare infrastructure in the state, the Karnataka government has been making efforts to make quality healthcare available to the citizens by leveraging technological innovations. As these interventions are set to change the course of healthcare sector in the state, it is widely hoped that the state will emerge as a role model to follow by other states in India.