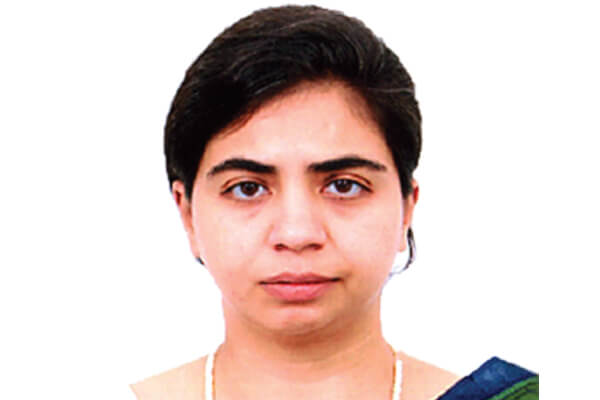 The rapid pace of urbanisation in Karnataka comes with several challenges. What are those major challenges and how is KUIDFC working towards mitigating them?

It is a well-known fact that urbanisation plays an important role in the development, social and economic, of the countries in the world. Cities are engines of opportunity. Economic development has led to migration of millions of people to cities.

As per the 2011 Census, Karnataka had an urban population of 38.57 percent (2.36 crore people out of 6.10 crore). And by 2050, it is expected to reach 45% to 50%. Our government has been continuously striving to attain an equitable and holistic development of Urban Karnataka and for improving the quality of life of its citizens.

Major challenges being faced by Karnataka in the urbanisation space include: 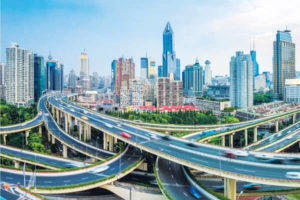 Much of the imbalance is caused by the huge gap between the size and economic role of Bangalore and the next largest cities in the State or what may be called the ‘Bangalore-Centric’ development. Hubballi-Dharwad, the second largest city in the state has a population of less than a million. The enormous advantages Bangalore enjoys pull migrants and investments to the capital city. This has also exerted pressure on Bangalore’s infrastructure and services. How to accelerate urban development in other regions of the state without sacrificing the interests of Bangalore constitutes a formidable challenge of urbanisation in the state.

Improving the Welfare of the Poor

Urban poverty is mainly due to the migration of rural poor and thereby raising the burden of ULBs to improve their welfare. The migration of large numbers of people to cities has been accompanied by an increase in the rate of urban poverty.

As the urban population is rising at a faster rate in the state and in some of the districts, it has become too difficult to manage urban land for several purposes. Hence, supply of serviced land is critical to urban development. The absence of a well developed urban land market in India and the increasing demand for serviced land has resulted in rising land prices, speculation and growth of informal settlements.

The requirement of land for urban use in Karnataka is estimated to be 5.67 lakh hectares by the year 2025. According to this estimate, about 1.40 lakh hectares additional land would be required. Besides meeting land requirements for the purpose of housing (especially for the poor) industry and infrastructure, it is also important to ensure optimum utilization of land.

Housing and Emergence of Slum Areas

Providing housing facilities to urban population is one of the daunting challenges. According to the Census of India 2001, there is a housing shortage of 1.76 lakh units in urban Karnataka.

In the case of slums, Karnataka has comparatively better position than most of other states. 7.8 per cent of the urban population of the state lives in slums in 35 towns compared to 10.4 per cent in Tamil Nadu, 24.9 per cent in Andhra Pradesh and 27.3 per cent in Maharashtra.

Development of urban areas in view of growing urbanisation entails huge amount of resources. The urban infrastructure development is highly capital intensive. The pace of urban infrastructure development in Karnataka depends to a large extent on mobilizing the needed resources and building the institutional capabilities for service delivery. Most of the ULBs are facing the problem of resources and unable to meet the growing demands for basic amenities in the urban areas.

To plug the development gap that has arisen due to rapid urbanisation, the State Government has increased its financial allocation to the urban areas.

Karnataka Urban Infrastructure Development & Finance Corporation Ltd (KUIDFC) is a public limited company incorporated in 1993. The main objective is to prepare, formulate implement projects, schemes and programmes relating to infrastructure development. KUIDFC, as a financial intermediary, procure funds from market and extend financial assistance by way of loans and advances to ULBs.

Karnataka has been the pioneer in urban infrastructure development. Even before major schemes of Government of India commenced, Karnataka was working on a number of reforms in urban development. We started with financial reforms by implementing Fund Based Double Entry Accrual Accounting System and later with capacity building for the department staff as per the requirement of the modern time.

In 2002, we started working on property mapping. Our focus has always been to provide good livelihood conditions to the people living in urban area. In addition to the development of roads, urban transport, water supply, and underground drainage, focus was also given to urban poverty, skill development, employment generation and town planning. In urban planning, we followed transit-oriented development (TOD), which is a type of urban development that maximises the amount of residential, commercial and leisure space within walking distance of public transport.

Some important projects of KUIDFC

To work towards its objective “toward better urbanisation” KUIDFC is planning various critical projects in the coming 2020. These include:

The SCM is not just a scheme that distributes money to urban local bodies (ULBs). Based on the challenge method, many cities from Karnataka participated in the scheme. In three phases, we got seven cities approved under the scheme: Belagavi, Bengaluru, Davanagere, Hubli-Dharwad, Mangaluru, Shivamogga, and Tumakuru. Out of total seven smart cities in Karnataka, Bengaluru was the last city to get selected. Initially, we faced a lot of problem as it was a new scheme, a new concept, and a creation of Special Purpose Vehicle and Project Management Consultant was a time-consuming process. It was not a usual scheme implementing through line department. The scheme has a process to follow such as local level development coordination, delegation of power, and appointment of project management consultant. We faced a lot of struggle for 18 months in putting the system in place as per the mandatory procedure of SCM.

Between mid-2017 and early 2018, Karnataka’s ranking was not impressive compared to other states. After putting the system in place, there is no looking back for us. If you see the ranking status now, Karnataka has climbed up. We have made substantial progress in the last few months.

Today, our smart city projects are on the right track.

As many as 463 projects have been planned at a cost of Rs 6,123 crores. Out of which, 86 projects were completed. 248 are ongoing. Seventy were tendered. Fifty-two are at detailed project report (DPR) stage. Seven are at concept stage. Following is the status of current project progress.

Despite being the state capital, Bengaluru has made the lowest progress in terms of smart city projects. What is your take on this?

The challenges of implementing projects like Smart Cities Mission in a metropolitan city like Bengaluru are completely different. Further, Bengaluru was selected in the 3rd round, in 2017, and the process of SPV incorporation and PMC appointment were time consuming.

However, thanks to the BBMP expertise in TenderSURE road model, 71 percent of the SCM projects are already tendered/awarded. Just like any other TenderSURE roads, these projects will take some time to make an impact.

Certainly the pace of Smart City projects in Bengaluru is going to increase and will benefit the citizens at large.

What are the major PPP projects being run by KUIDFC? Which sectors hold the maximum scope for investments through this model? We need to emphasise the role of private participation in addressing rapid urbanisation, particularly through PPP projects.

Karnataka has been attracting global audience with its integrated and strategic growth plans that offer immense investment potential across its varied sectors. There are lots of opportunities available in: