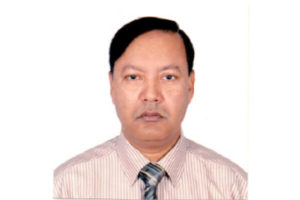 The fisheries sector plays a vital role in the national economy of Bangladesh in terms of income-generation, employment opportunities and nutrition. However Blue Economy, which allows utilisation of marine environment and its resources in a sustainable manner, is a relatively new concept for Bangladesh. The government has, therefore, developed a comprehensive plan to utilise the ocean resources and achieve the SDG goal 14 that commits countries to the protection of oceans and the lives that depend on it.

Fisheries sector plays an important role in the economy and food security of Bangladesh. Natural conditions and geographical location have endowed Bangladesh with huge fisheries resources with the potential to boost fisheries production. The country’s fisheries resources are divided into two major groups: inland fisheries and marine fisheries. Inland fisheries occupy an area of 4.58 million hectares and marine capture covers 166,000 sq km. The potential of the inland fishery of Bangladesh is considered to be one of the highest in the world. Out of 4.05 million hectares of open water fisheries, the floodplains with an area of 2.8 million hectares offer tremendous scope and potential for augmenting fish production by adopting the aquaculture-based enhancement techniques.

The fisheries sector plays a vital role in the national economy in terms of income-generation, employment opportunities and nutrition. It serves as an important source of animal protein (58%) and the second highest foreign exchange earner (±7%) for the country, contributing a whopping 3.7% to the GDP.

Bangladesh has a 710-km-long coast line along the northern edge of the Bay of Bengal, which is a highly potential area for sustainable blue economy activities. Most of the country is low-lying, about 10 metres above Mean Sea Level (MSL). However Blue Economy, which allows utilisation of marine environment and its resources in a sustainable manner, is a relatively new concept for Bangladesh. The concept embodies broad aspects of policy for sea usage including common heritage of high seas for better use of sea areas for mankind and sustainable development of Exclusive Economic Zone (EEZ).

Highlighting the significance of Blue Economy on September 1, 2014 at the ‘Global Workshop on the Blue Economy’ in Dhaka, Prime Minister Sheikh Hasina said that marine-based economic activities and administration of ocean and its assets could be gamechanger for a coastal nation like Bangladesh. Based on the Prime Minister’s vision, the Government of Bangladesh has developed a comprehensive plan to utilise the ocean resources in order to achieve the SDG goal 14 that commits countries to the protection of oceans and the lives that depend on it. Accordingly the Ministry of Fisheries and Livestock of Bangladesh has taken some initiatives:

Bangladesh has four potential fishing grounds with 475 species of fin fish, 36 species of marine shrimp, 21 species of marine crabs and 12 species of mollusks and many more untapped and undiscovered living resources. The principal fish species include Hilsa (shad), Bombay Duck, Ribbonfish, Round Scad, Spanish Mackerel, Catfish, Threadfin, Croaker, Pomfret, Eel, Red Snapper, Grunter, Shark, Ray and Shrimp. Most of the fishes are trans-boundary in nature within Bangladesh and Indian water. The country’s research and survey vessel RV Mean Sandhani is carrying out the stock assessment to promote Blue Economy. With the assistance of Food and Agriculture Organization (FAO) of the United Nations and Institute of Marine Research under the programme of EAF Nansen, an acoustic survey was conducted in the Bay of Bengal with the research vessel R.V. Dr. Fridtj of Nansen during 2-17 August, 2018.

The Bangladesh government took steps to become a member of the Indian Ocean Tuna Commission (IOTC) to explore tuna at the outward boundary of its 200 nautical miles. After securing the membership of the Indian Ocean Tuna Commission, now the global ocean is open for Bangladeshi licensed companies to fish Tuna and other Tuna-like pelagic fish species. The government has taken a fresh move to find foreign cooperation with tuna-rich countries under Government-to-Government partnership to catch tuna fish in the deep-sea.

Conservation and Management of Marine Resources

Both industrial trawlers and artisanal boats exploit living resources in the Bay of Bengal. So coherent and consistent regulatory framework and strong national infrastructures are needed to conserve the marine resources. During 2000, the government declared 698 sq km area in the Bay of Bengal as a “Marine Reserve Area” as part of its conservation and management measures. Besides, the government has declared 3,188 sq km area adjacent to Nijhoom Deep Island at Hatia upazila as a Marine Reserve (MR). More significantly, the government has decided to impose a 65-day ban (from May 20 to July 23 every year) to ensure breeding and protection of all fish species in the EEZ since 2015

Mariculture provides nutritional security to the food basket, contributing to agricultural export and engaging millions of people in different activities. In Bangladesh, mariculture has been practiced successfully for shrimp, crab and seaweeds culture since mid 1980’s. Along with the wild catch, a substantial amount culturebased fishery also contributed to the national economy. As per the recent data, about 24% of this originates from coastal brackish water aquaculture which is favored by climate and several physical factors, and is growing at a rapid pace in Bangladesh. Recently, a pilot project of Oyster culture has been initiated. This may open a significant opportunity for pearl culture, which could usher in a new era for innovationled blue economic growth in Bangladesh.

In this regard, a crab hatchery has been established at Cox’s Bazar to promote crab culture. Extension of sea-weed culture is another intervention to promote socioeconomic condition of our coastal community. About 120 seaweeds have been identified with detailed taxonomic information on Bangladesh coast, of which 10 are commercially important. Culture technology of some seaweeds like Hypnea species, Enteromorpha intestinalis, Padina tetrastromatica, Caulerpa racemosa etc, using horizontal net and line methods, has been developed. Bangladesh Fisheries Research Institute (BFRI) scientists have succeeded in breeding and crablet production of mud crab, Scylla species in the hatchery with a survival rate of about 6%, which will increase culture and export potentialities of live crabs. BFRI has also developed breeding and culture technology of Green back mullet, Chelon subviridis as new culture species in the coastal areas. Breeding and culture techniques of Seabass, Lates calcarifer in net cages has also been initiated.

Healthy oceans are essential for global food security, livelihoods and economic growth. The oceans cover some 72 percent of the Earth’s surface, and are both an engine for global economic growth and a key source of food security. Bangladesh is home to the world’s largest contagious mangrove ecosystem bounded by the Bay of Bengal which supports the potential fishing grounds of the country within EEZ. Ecosystem services (goods and services) of this region provide livelihoods and food to millions of people. Oceans-supported fisheries products generate significant revenue for most coastal communities. It provides and supports employment opportunities across ethnicity and supplies vital animal protein to fooddeficit communities.