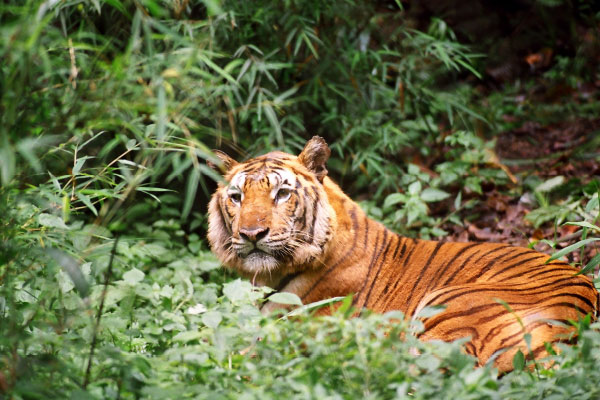 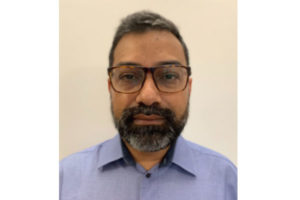 Mr Raquibul Amin is the Country Representative of International Union for Conservation of Nature (IUCN) Bangladesh. He helps building bridges between governmental & nongovernmental sectors and between national, regional, trans-boundary and global institutions and promote IUCN as neutral convening platform.

Trans-boundary cooperation in species and habitat protection is among transformative action which is already happening between Bangladesh and India. One good example of the two countries’ commitment to protect biodiversity is the signing of a Memorandum of Understanding (MoU) to conserve the Sundarbans mangrove. The MoU, among other things, puts emphasis on protecting one of the most important species of the Sundarbans—the Royal Bengal Tiger.

Bangladesh, despites its small landmass and huge population, is endowed with a rich biodiversity. Due to its geographic location, flora and fauna of Indian subcontinent and South-east Asia overlap in Bangladesh as a transitional zone. The fertile delta of the three mighty rives -the Ganges, Brahmaputra and Meghna and their year-round flow combined with monsoon and tropical climate keep the country lush green for most part of the year. All these factors make Bangladesh’s biodiversity very unique. Table 1 provides a list of faunal diversity of Bangladesh in comparison with neighbouring India–a mega biodiverse country, and the world.

When we consider the total known species of mammals, birds, reptiles, amphibians, freshwater fishes, crustaceans and butterflies, Bangladesh supports 1.7% of the world species. On the other hand, if we compare the species of the two neighbours, Bangladesh has nearly about one-third of Indian fauna belonging to the seven different groups (Table 1),even though the land area of Bangladesh is less than 5% compared to the total area of India. The multiple ecosystems found in the forests, wetlands, hills, rivers and coast of Bangladesh contribute to the diversity of species. In the north-east, the dominant ecosystems are haor wetlands and swamp forest, and mixevergreen forest. Deciduous forests with Sal (Shorea robusta) as the dominant species are present in the centre, north and northwestern part of the country. The hills in the south-east have the mixed-evergreen forest. The Sundarbans—the jewel in the crown— is a treasure house of biodiversity, and the only habitat of famous Bengal tiger. The marine waters of Bangladesh have 442 species of fish and 36 species of marine shrimps making it an important source of livelihood for a large number of coastal population.

The coastal and marine waters also support seven species of dolphins. The iconic Gangetic and Irrawaddy dolphins are mostly found in the in rivers and coastal water.

Biodiversity in Bangladesh, however, like rest of the world is under numerous threats. Our Earth is going through the Anthropocene epoch where human activities are overwhelmingly altering atmospheric, geological, hydrological and biospheric systems. About a million animal and plant species of are now faced with extinction crisis globally. In IUCN’s latest Red List of Bangladesh, almost 25% out of 1,619 species assessed was found to be threatened. It is unfortunate that charismatic species like the Bengal Tiger, Asian Elephant, Gharial and White-rumped Vulture have all found their way into the threatened category. The continued loss of biodiversity will undermine the achievement of most of the UN Sustainable Development goals globally and also in Bangladesh.

Amidst this grim picture, however, there is optimism. We need “transformative changes” to restore and protect our nature. Transboundary cooperation in species and habitat protection is one such transformative actions which is already happening between Bangladesh and India. We have common habitats like our “third neighbor”- the Bay of Bengal, and the Sundarbans. We share the common threats such as climate change and biodiversity loss, and therefore we need joint solutions to deal with these challenges. One good example of the two countries’ commitment to protect biodiversity is the signing of a MoU to conserve the Sundarbans mangrove. The MoU, among other things, also puts emphasis on protecting the flagship species of the Sundarbans – the Bengal Tiger.

Both Bangladesh and India are state members of IUCN. Through its neutral convening capacity, and having offices in both Dhaka and New Delhi, IUCN has been facilitating transboundary cooperation in species conservation. IUCN facilitated to bring the governments of Bangladesh, India, Nepal and Pakistan to adopt a Regional Declaration on the Conservation of South Asia’s Critically Endangered Vulture Species. The four governments agreed to take measures to remove toxic drugs, like diclofenac, identified as the single most important cause for the catastrophic decline of vulture populations across South Asia. The governments also agreed to create transboundary Vulture Safe Zones to conserve vulture populations in the wild. The Vulture safe Zone in RemaKalenga Wildlife Sanctuary in the northeastern corner of Bangladesh shares boundaries with the Indian state of Tripura.

A similar scenario for conservation of the Asian Elephant, considered globally Endangered, also exists. IUCN estimates the elephant population in Bangladesh is around 268. Elephants move from one habitat to another in search for food, water and shelter. To do so, they use specific corridors, that connect one patch of habitat to the next. Surveys done by IUCN identified at least two such corridors – one in Mymensingh Division and one in Sylhet – where elephants move between Bangladesh and India. With rising population on both sides, there has been increase in human-elephant conflicts as resources for elephant dwindle. Two countries are working work together for safe migration of elephants.

The Bay of Bengal produces yet another unexplored opportunity for the countries to collaborate on biodiversity issues. Bangladesh has declared its second Marine Protected Area (MPA) this year, and while India has an impressive list of MPAs, the two countries have not yet fully looked into the possibilities of any collaborative conservation initiatives. Considering the productivity of the Bay of Bengal, the threatened species it shelters and, the biodiversity and economic aspects, it is high time that both countries initiate the conservation work under a common “Blue Economy” vision.

The hilsa is possibly the most iconic species in Bangladesh and India linking the trans-boundary rivers of the two countries to the life and culture of two countries. Through the Ecosystem for Life (2010-2014), a Bangladesh-India transboundary initiative, IUCN has facilitated the transfer of knowledge on successful hilsha conservation practices in Bangladesh to West Bengal. As a result of this similar hilsa management practices were adopted in West Bengal. In the Barak-Meghna basin, IUCN through its BRIDGE GBM initiative, is working with different stakeholders, including governments, to create an enabling environment for transboundary cooperation as a strategy to develop joint solutions for addressing common basin-level challenges such as food security, climate change adaptation and loss and degradation of biodiversity.

Considering the common threats to biodiversity, transboundary efforts are paramount in saving the last of natural places and charismatic species. Nature based solution (NBS) like establishing protected areas that span boundaries and forest landscape restoration, sharing knowledge learned from collective experiences, and having the will to cooperate, both countries can come together to save the irreplaceable biodiversity. There is hope still as both countries have already shown the determination and commitment, and will work for development and implementation of post-2020 framework can deliver the 2050 Vision for biodiversity, “Living in harmony with nature”.