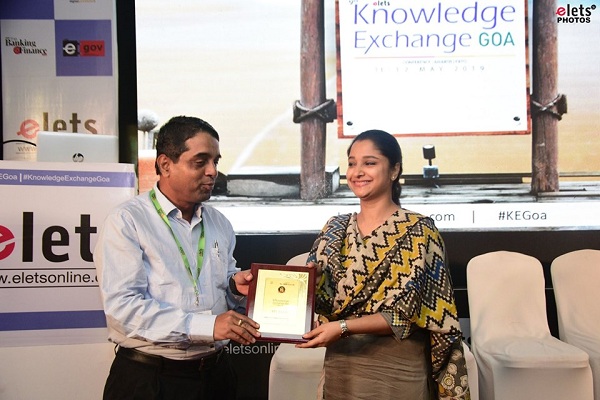 Rukmani Riar, District Magistrate, Bundi, Rajasthan talks about IT initiatives taken by the Rajasthan government for the education sector, at the micro and macro level and how district officers are leveraging the initiatives at their level. She also talked about the loopholes in the technology adoption in the system.

The Rajasthan government has taken an array if IT initiatives for the education sector, at the micro and macro level. The IT intervention helped the state government to look after the staffing norms, rationalisation, recruitment, improving the infrastructure where you know how many students are there, how many more classrooms are needed, how many toilets are needed and of course distant learning initiatives.

However, what is more appreciating is that government officials at the district level are also leveraging the initiatives to make the sector better, by adopting technology in the way of working.

Rukmani Riar, District Magistrate, Bundi, Rajasthan, stressed on the same, while she shared her views at the 9th Elets Knowledge Exchange Summit that happened in Goa in May 2019.  She shared how the results had improved and transition rate reduced, with technological advancement.

“Government results have improved significantly in the last 5 years. We have also increased the gender parity index in Rajasthan. In 2013-14 the transition rate has increased from 90 to 95 % and from secondary to senior secondary from 48% to 72.6% and that I think what IT enables you to do. You increase these numbers in just a matter of 3 years,” Riar said.

Talking about IT intervention in Bundi, Riar explained how the technology worked better for their scheme called Palanhar where they give incentive to those children who do not have parents or father is sentenced to life imprisonment, or children of widows, to study in school.

“We identified the list of pensioners. We also identified the list of disabled pensioners. We mapped all the widows who are getting pensions and have children in the age group of 0-18 years but they are not getting the benefit of this particular scheme. The intervention of the IT at one point at the centre has given you the list of the students who are studying in a school and It intervention by other department has given us a list of widows/pensioners getting pension in another scheme. You just had to merge the two. By merging the two, the decision was taken that if a student is applying for palanhar yojna and his name is already there in the shaaladarpan or shaaladarshan portal, then you do not have to take any other document of proof from that child. So you are basically leading to de-duplication of data and de-duplication of giving the documents,” Riar explained.

The DM, on the other hand, also highlighted where the government sector lagged in leveraging the technology fully. She explained the need of integration so that citizens could avail benefits of the government schemes in a better way.

“There is no department in any government sector where you are not using computer technology to give services to people of the country. But what we are lagging in or missing is the integration of those departments where automatic services should be delivered by the welfare state and people shouldn’t be running behind the state to seek the benefits that they so deserve,” she concluded.