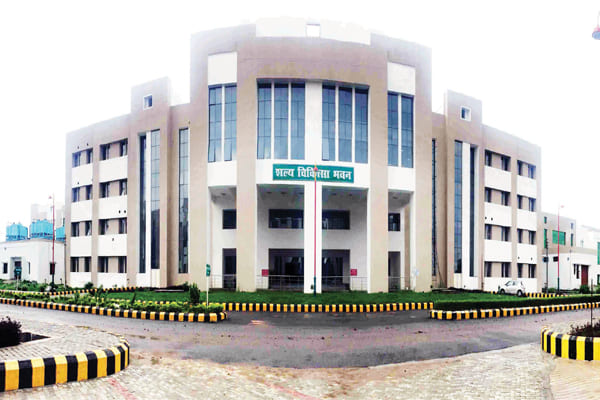 The district administration of Banda has a big task on its hand, to devise robust and resilient systems of livelihood and development to mitigate the unique challenges presented by Bundelkhand. This requires enterprising interventions that can provide reasonable solutions, writes Elets News Network (ENN).

The administration has divided Banda into two parts—Tehsil and Blockwise. Two tehsils—Karwi and Mau are in the eastern part of the district Manikpur, Mau, Pahadi, Chitrakut and Ramnagar blocks fall in the south eastern part.

Hunger, malnutrition, economic and social hardships are incessantly stalking Bundelkhand for years now and, Banda, one of the 13 disticts that constitute the region, is no stranger to the economic deprivation that grips it. Faced with crippling challenges on a daily basis on account of extreme weather events like droughts, falling ground water table and crop production, which in turn gives rise to high levels of malnutrition, the people of Banda have little choice but to come up innovative ways to survive.

The district administration of Banda, therefore, has a big task on its hand, which is to devise robust and resilient systems of livelihood and development to mitigate the unique challenges presented by Bundelkhand. This requires enterprising interventions that can provide reasonable solutions. For example, the district administration is trying to solve a number of local issues with the help of Gram Sabhas.

Using technology to reach out to the people has been high on the administration’s agenda. Special WhatsApp groups have been created to exchange knowledge on various issues; disseminate relevant information on government initiatives; and collect feedback from the public.

Crop production, livestock rearing and seasonal outmigration provide more than 90 percent of rural income in the Bundelkhand region. Intensification of crop diversification, innovative cultivation practices, improving seed replacement rate with high yielding varieties, promoting more sown area in the Kharif season are some of the significant interventions that have been initiated in Banda.

Creation of water, fodder, feed and seed banks for promoting alternative contingency plan have also been identified as an important tool of managing risks of drought.

The administration is also trying to stop the Anna Pratha, which is a problem of animals roaming freely on the roads.

District administration officials have been organising workshops in the villages and making people aware about the disadvantages of this practice so that they themselves stop it. Groups have been formed in each village so that owners of roaming cattle can be cautioned in time. Establishing cattle houses in each village and creation of more Gaushalas for unproductive cattle are some of the other ongoing efforts in the district.

The Budelkhand region’s unique climatic conditions call for developing varieties of fruit and vegetables that are tolerant to the drought-like conditions and require less water to produce.

The Budelkhand region’s unique climatic conditions call for developing varieties of fruit and vegetables that are tolerant to the drought-like conditions and require less water to produce. With an aim to enhance income of the farmers, the district administration is promoting horticulture consisting of Amla, Ber, Bael, Custard Apple, Lemon (Nimbu), Pomegranate, Tamarind and drought tolerant tomatoes.

Banda is one of the leading districts when it comes to spending money under the National Health Mission. The Government is providing Rs.15,000 per year to every health sub-centres for carrying out repair works. Focus on cleanliness, education for all have been prioritised to transform the social landscape of the district and concerted efforts are being made by the district administration to build toilets in every home to support the government’s Swachh Bharat Mission, or cleanliness drive.

All officials have been directed to take up issues of residents on a priority basis and provide them with proper solution.

As a result, Banda has been able to maintain the numero uno position in solving citizens’ problems. Local officials in each area have been appointed to take up all the issues related to public and address them immediately. With this, the district administration’s reach has extended to even the grassroots level.

The announcements made by the State Government in the recent Budget is expected to further boost the growth of Banda. The special package for the region includes allocation of Rs.3,000 crore for piped water network.

The announcements made by the State announced by Prime Minister Narendra Modi at UP Investors Summit 2018.

The Bundelkhand Expressway, a four-lane 293km-long project, will start at Jhansi and pass through Chitrakoot, Banda, Hamirpur, Auraiya and Jalaun, before joining Lucknow-Agra Expressway, boosting the economic prospects of the region.

Banda district, despite all the hardships it faces, is all set to emerge a winner given the sincere efforts being put in by its people and district administration to take this ancient land of valour on a growth trajectory that is alligned to the country’s vision of inlusive development.