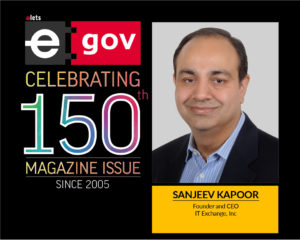 For most of India’s history, major government auctions provided enough fodder for a crime-thriller.

The Coal Scam, where the Comptroller and Auditor General (CAG) estimated losses of 1.76 lakh crore rupees to the exchequer exemplified everything rotten about major government auctions. After the Supreme Court cancelled the scam tainted allocations the Coal Ministry repeated the bidding process with e-auctions, netting proceeds worth of 2 lakh crore rupees.

While the higher revenue is icing on the cake, what’s noteworthy is that the automated system caught price rigging and cartelisation during the first rounds, leading to some winning bids getting cancelled. This proves that when technology is properly deployed, the system becomes more resilient and less prone to infirmities driven by greed and corruption.

Across multiple ministries and departments, e-governance Mission Mode Projects (MMP) are being rolled out under the aegis of Digital India to make governance people-friendly. Over 69 different portals and mobile apps like the BHIM app (e-transfer of money across bank accounts), GSTN (GST Network), Passport Sewa Project, Soil Health Card (app offering recommendations on fertilisers and micronutrients to farmers) etc. fall into this category.

Also, under the Smart City mission, the Union Ministry of Urban Development plans to urbanise 100 cities by installing modern technological infrastructure, providing access to smart energy, smart mobility, smart public utility services and ultra-fast communication network. The aim is to harness technology as a means to creating a better and more sustainable life.

Last but not the least, there are 16 empowerment schemes like MNREGA (the Mahatma Gandhi National Rural Employment Guarantee scheme) and PAHAL (transfer of LPG subsidy to bank accounts) which are being used to deliver benefits and plug leakages in the entitlement delivery pipeline.

While some of the States like Andhra Pradesh have been early adopters of digitisation and e-governance other States like Haryana and Chhattisgarh are also making significant advances.

The scenario is however far from rosy.

Despite the consistent push from the high-level government, there’s still a long way to go before e-Governance can be said to have truly arrived in India.

e-Governance is beset with multiple challenges, some technical and others cultural.

e-Governance initiatives in India have always been hamstrung by the lack of bandwidth. According to Akamai’s State of the Internet for 2016 report, India ranks 97th in the world when it comes to an average connection speed, behind countries like China, Sri Lanka, Vietnam etc.

According to Ajay Sawhney, secretary to Ministry of Electronics and IT a significant percentage of India still doesn’t have access to true broadband.

• Only 15 out of 100 households have access to the Internet.
• There are 5.5 mobile broadband subscribers for every 100 people.
• Almost a third of the Indian population is still illiterate.

Due to poor speed and spotty connection issues as well as deeper systemic issues, vast swathes of the Indian population, especially in the rural areas, haven’t been able to taste the fruits of digitisation.

Despite the government’s Digital India pushes, India’s ranking has slipped to 91 in 2016.

This index is used by the World Economic Forum to assess “a country’s preparedness to reap the benefits of emerging technologies and capitalise on the opportunities presented by the digital transformation”.

Poor infrastructure, lack of digital literacy, and a digital divide between metropolitan areas and rest of the country are some of the reasons for India’s low ranking.

Even among its four Brazil, Russia, India, China and South Africa (BRICS) peers India ranks the lowest: Russia leads the pack at 41 while Brazil is the lowest ranked at 72. This is a major hurdle for the all the government initiatives as schemes like smart city are heavily dependent on technological advancements.

The biggest challenge to e-governance isn’t about infrastructure or digital literacy. It’s a massive change management problem involving changing the mindset and habits of millions of government employees, one employee at a time. Bureaucracies are extremely averse to change, and when e-governance models are a complete opposite of business as usual in terms of information handling and management, the progress will be glacial.

Many government departments are still trying to figure out how to incorporate technology into their day to day working, and it will take a while before teething troubles are sorted out.

There is also a need for administrative reforms as well as creating legal frameworks for e-governance before India can taste the benefits of digitisation.

Predictions for the next decade in tech enabled governance

NITI Aayog, which is working on both short-term action plans and Vision 2030 in consonance with UN Sustainable Development Goals 2030 has identified a series of deliverables in which technology will play a major role.

For instance, in the context of AMRUT and Smart City Mission, e-Governance structures at the municipal local have been recommended in improving the quality of urban life, especially when India starts urbanising more rapidly in the coming decade. With an investment of Rs. 57, 393 crores allocated towards 100 smart cities over a period of 5 years there’s enough scope for innovative companies to make a mark across education, health, traffic management, housing, solid waste management, energy, climate change etc.
With the emergence of smart cities, we will face the increased need of data storage as these cities will create a huge amount of information to be stored and analysed. This analysis can be used for better administration of the cities and its people.

As smart cities are meant to not have a carbon footprint technology. They will have to support generation and usage of renewable energy. With everything going digital, secure access to data and secure transactions will have to be established.

Among the technologies that will aid this transformation is blockchain. Telangana and Andhra Pradesh are already running several pilot projects to migrate land record and welfare subsidy data into the blockchain.

As more state governments jump on the blockchain bandwagon, start-ups and companies with expertise in blockchain will be in high demand. Blockchain can also be used for secure storage of data, especially data in the sensitive government database.

The procurement of goods and services for the government using the e-commerce model is another big bang reform. The Government e-Marketplace which will see transactions worth 5 lakh crore rupees annually already has signed up six states and union territories as partners, with ultimately all states coming on board in the near future.

The GeM will save money, bringing in the efficiency of scale and transparency to the currently largely opaque and corruption prone government procurement processes. .

Another emerging technology which has the potential to change the face of India in the coming decade is IoT. As public and private entities pour billions of R&D dollars in IoT, India should move fast to grab a chunk of the IoT market expected to grow to $267 billion by 2020.

Proper use of Big Data and predictive analytics can also impact lives of hundreds of millions of citizens linked with sectors as diverse as agriculture, logistics, healthcare, education, defence and MSMEs.

With India emerging as one of the fastest growing major economies in the world, several other factors like low oil prices, politically stable government and a growing young population have converged to create a favourable window for technology driven transformation.

To take advantage of this window, it’s crucial that all stakeholders work on the basis of a mutually agreed roadmap, and deploy solutions and products designed keeping in mind local complexities and conditions.

If that’s done, the benefits will compound and ripple out over the next decade, permanently changing India for the better.

By: Sanjeev Kapoor, Founder and CEO, IT Exchange, Inc