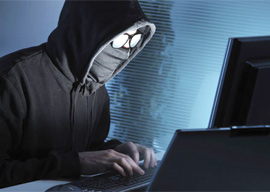 In the era of rapid digitisation, cyber crimes are posing a serious threat to a tech-forward Kerala. To cope with this, the Kerala Police Department has launched CyberDome, a high-tech centre for cyber security and innovations

God’s Own Country is ranked fourth in the list of cyber crime for the period 2011 to 2013 and the state is consistently in the top when it comes to Internet penetration. With 2.5 crore mobile phones, 30 lakh landline connections and 12 lakh Internet connections, the state is facing major challenges in the cyber crime investigation.

In order to tackle the cyber threat, online fraudsters and security of citizens, Kerala police is using ICT, which helps them connect to the common citizens directly and deliver a better citizen-centric services to the last mile.

“The nature of crime is going to be digital in the future. Kerala police also needs to be digitally capable to tackle that level of crime. We have 500 industry experts and 30-40 companies directly working with the police department free of cost. The need of the hour is more of patrolling the digital world rather than the physical world,” Manoj Abraham, Inspector General of Police (Trivandrum Range), Kerala told Elets News Network (ENN).

He also informed that usually police are trained to deal with traditional crime but increasing penetration of mobile and Internet has emerged as a big challenge for the police officials. In a cyber crime, the mastermind sitting in abroad can do the whole thing. So the gamut of investigation needs to be changed today.

Unlike other states, Kerala police has implemented ICT in every field of police activity to prevent the crime and criminal network.

“Police department is considered to be a security organisation, which maintains the confidentiality and do the investigation within the department. Over the years, we have realised that we can’t overhaul the system. For cyber crime investigation, we need to have partnership. Therefore in view of emerging challenges in the cyber world we have come up with this a new initiative called CyberDome,” he added.

The CyberDome has been launched as a primary monitoring unit for the Internet and the nodal centre for policing the social networking sites and anti-terror activities in cyber space. It comprises senior police officers, IT professionals, ethical hackers and all other agencies work- ing in this area altogether for crime monitoring, policing the web, assistance in the investigation of cyber crimes, development of new software for police and a host of other areas.

Another big challenge what police face is the method of cyber crime changes every three months. Because technology gets obsolete within no time so constant updating is needed for combating the cyber crimes. The police needs to be trained continuously to understand the modus operandi of tech-savvy criminals.