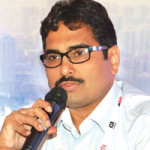 In order to make a city smart, the local government needs to implement three very strong and robust components, including smart infrastructure, smart governance and, last but not the least, smart participation from people. The basic infrastructure is all about drinking water supply, urban transport, storm water, and sewer, etc. The second aspect of smart cities is smart governance, i.e. cities need to deliver online services like birth and death certificate, municipal taxes, purchase water or electricity from municipal bodies, etc. Online services should be provided through their websites or smart phones, not citizen centres. What is more, the citizens’ participation is required not just in governance process but also to shape infrastructure. In the context of smart cities, the local governments need to involve more technologies. 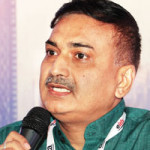 Smart cities would be an area of possibilities and opportunity of growth for all the stakeholders, i.e. the government, corporates and the citizens, living in the area. Being smart is a continuous process, and in the context of smart cities, there has to be development at faster pace with balance and affordability. Costing and finance is important in making a city smart. Therefore, the Central Finance Commission and the state finance commissions have to be in tune. Also, there are various sources of funding, such as PPP and outsourced SPV that need to be opted for. In smart cities, new areas have to be developed or retrofit the old areas where the potential exist. Moreover, gaps among various departments have to be reduced. Some of the important components of smart cities are transport, health and education, but one of the neglected areas is skill. To make citizens skilled, ITIs and polytechnic colleges should be modernised and built at right places. 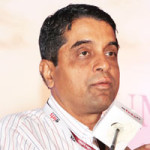 Our Smart Cities cannot be just replica of European or American cities, as they have to rise from the ground. Just putting infrastructure is not going to help; citizens’ participation is required at large. The Smart City concept integrates various systems, i.e. transport, energy, safety, health, education, water and communication. It is not possible to go ahead without partnerships and collaborations. Urban local bodies have many challenges, which need to be broken down and integrated to make cities smart. In Bhubaneshwar, ‘My City, My Pride’ application is helping citizens redress their grievances about streetlights, potable water, solid waste collection and management and problems of potholed roads. It is available on smartphones and easily accessible. Hence, ICT must be applied to provide best services to all stakeholders in smart cities. 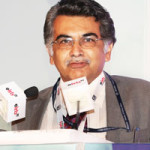 Everything has to be smart in a Smart City. We do have technologies, whether it is smart accounting or eGovernance. There is a smart solution for everything. We have to remember that a major chunk of our GDP comes from our cities, therefore, it makes economic sense to invest in smart cities. Primarily, there are two aspects of smart cities — the first is plugging in technology, which can make the existing human settlement smart, i.e. water metering system, improved footpath, road and public transport; and the other, smart cities are also being fashioned as satellite towns that would be appended to the existing cities. The urban local bodies have to be the nodal organisation for all kinds of approvals under the Smart Cities programme. So, human capacities in the ULBs have to be improved to make the idea successful.

Infra Deficits in Past 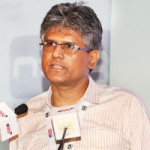 While making governance smarter in an intelligent city, what must be kept in mind that technology is not a silver bullet. No computer can replace a smart administrator, and nothing can replace human brain. We are facing the challenge of rapid urbanisation. It is actually backlog of infrastructure deficits, which have developed over many decades preceding the Independence. Due to lapses in management and planning of cities, we have accumulated chaos in our cities. Technology is a way to do things little faster. Speed can in a sense meet the urbanisation challenges of India. So, application of technology or smartness is the need of the hour. There are various ways our governance is using to get smarter based on information technology. IT-enabled services are being delivered by many of the municipalities these days. High-tech methodologies of engagement are being seen used by municipalities to become smarter. 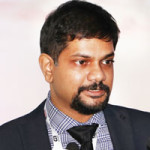 Earlier, the real effective GIS map was not a digital one, it was manual. The Geographic Information System or GIS is often looked at as a standalone phenomenon. So, we created a platform, which is on the State Data Centre (SDC), the centralised GIS server, and then built apps thereon. We built the application layer and also invited others to build more, and every department was allowed to build its own. It is replicable, accessible and quite cost-effective. So, we have got it hosted on the State Data Centre and are actually integrating data from other sources, like the city data from urban agencies and from the Collectorate, and we prepared our own applications like urban planning, mining and crowd mapping on it. Let us put everything together at one place, let everybody access standardised data, clean data, geo-spatial data, which is regularly updated by the authorities, and ensure that everybody uses it for the common good in the long run. 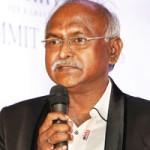 We, as an architectural company, have worked and said, “We have a tool, we will repair buildings and provide you assistance.” But as we are able to repair the building plans, why not propose the building on automation? So, that was the birth of Smart DCR and it was timely tested. From 2002, we are present in Tamil Nadu, with Chennai Metropolitan Development Authority. Recently, we started working with the Madurai Municipal Corporation, and now, in Delhi and Greater Noida. This Smart DCR helps in the automation of building plan through online process. Previously, architects used to hold pens, and then they started holding keyboards. So, there is a transition, though with resistance. We felt that if we can quicker scrutiny of drawing, at least the client can go back to the architect for the reversal of the drawing in case the initial one is debated. Based on his creativity, the architect will decide how exactly it has to be done. Thus, smart DCR helps there.