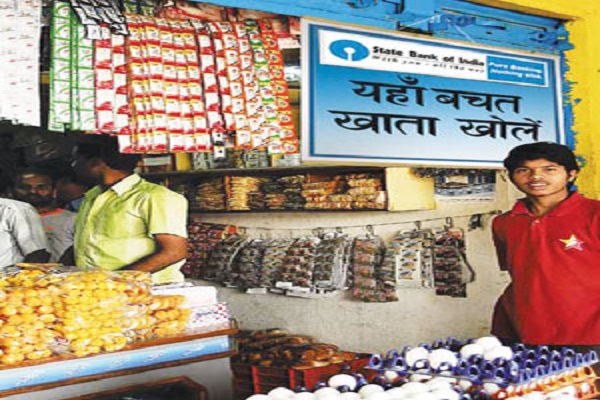 All plans look great and initiatives undertaken up to the mark, but without connectivity, financial inclusion is like a superbly designed car without a road to run on, writes Sahaj Palla of Elets News Network (ENN)

Financial inclusion in India has been both a success and a failure – successful because it has reached those who suffered endlessly for the basic need of banks, and a failure because there are millions who still do not have access to financial services.

But as times are changing, so is the scenario. The advent of information technology is bringing about a revolution in the way banking services are offered in far-flung areas. And, the trend is set to continue, more so because the incumbent Narendra Modi-led NDA Government is laying more emphasis on financial inclusion than ever in the past. In his maiden Independence Day speech, the Prime Minister announced financial inclusion schemes, under which bank accounts would be provided to 15 crore poor with an overdraft facility of Rs. 5,000 and accidental insurance cover of Rs. 1 lakh each. The project is slated to kick off by the end of this month.

Some of the major efforts towards financial inclusion made in the past include nationalisation of banks, building up of robust branch network of scheduled commercial banks, co- operatives and Regional Rural Banks, formation of Self-Help Groups, permitting Banking Correspondents/business facilitators to be appointed by banks to provide doorstep delivery of banking services etc. The fundamental objective of all these initiatives is to reach the hitherto financially-excluded Indian population.

Aadhaar, an initiative of the previous government to link beneficiaries directly with the banks to provide them the government benefits, is one major step in the direction, and the new government is continuing with the plan. The Reserve Bank of India plans Aadhaar-linked bank accounts for all Indians above 18 years by January 2016 to meet its financial inclusion commitment. This will help transform the lives of the poor by saving them from falling prey to unscrupulous money-lenders, getting them the benefits of cashless transactions, and eliminating poverty and corruption in the long run.

Ensuring financial inclusion would be a tough task, given the hurdles of connectivity. However, the government has come up with a project called the National Optical Fibre Network (NOFN) to provide connectivity to all the Gram Panchayats in the country. And, if and only if all these villages were reached and ensured financial inclusion, then only the bridging of the banking divide would happen.
All plans look great and the initiatives undertaken up to the mark, but without connectivity, financial inclusion is like a superbly designed car without a road to run on.

The scale of the problem of financial exclusion can be daunting. Nearly half of the population and a majority of rural people do not have bank accounts, while less than 10 percent of India’s 600,000 villages have a bank branch. Also, financial literacy levels are extremely low. Even though microfinance institutions have expanded very fast in the recent past, they still cover only about a fifth of the low-income households and meet only one 10th of the credit needs of the poor.

While the challenges are great in size and scope, IT has contributed immensely to enhance the availability of banking and financial services to a wider population base in the country. Mobile phones have emerged as one such prospective mode of initiating financial inclusion. Technology has the potential of furthering financial inclusion by making retail transactions cheaper, easier and faster for the banking sector as well as for the small customers.

Moreover, with an unprecedented rise in cell phone penetration rate in India, mobile phones can, perhaps, be the answer to financial inclusion. Mobile banking has the potential to emerge as a game changer in terms of cost, convenience, and speed of reach. Keeping this in mind, banks, telecom operators and other stakeholders are increasingly incorporating the dynamics of mobile banking in their business models.

However, merely having a plan and infrastructure for financial inclusion is not the end of the task, as the delivery of that commitment is necessary, so as to reach financial services in every nook and corner of the country.

(i) Commercial banks are an institution that play an important role in mobilisation and allocation of resources in any country. Unlike the informal sector, which gives loans at very high rates of interest, the commercial banks offer the same credit at much lower rates.

(ii) Regional Rural Banks (RRBs) that were created with a view to serve primarily the rural areas with basic banking and financial services, and to accomplish this, they have local level banking organisations operating in different states of India.

(iv) Micro Finance Institutions (MFIs) facilitate/ provide provision of credit, other financial services and products of very small amount to the poor. MFIs operate in a limited geographical area and have better understanding of the issues specific to the people. These institutions play a key role in ensuring financial inclusion as most of the banks do not have the network to ensure comprehensive financial inclusion. The Government of India, Reserve bank of India and NABARD have developed various schemes which enable the MFIs to access commercial and other funds from banks to provide financial services at an affordable cost to the poor.

What will it take?

So, going by the need of the time, it is imperative for the financial institutions to have a multichannel approach — through handheld devices, mobiles, micro-ATMs, branches and kiosks. However, it should be ensured that the transactions put through such front-end devices should be seamlessly integrated with the core banking solutions (CBS) of the banks. Besides, steps need to be taken up to educate the masses about the benefits of availing banking services to make financial inclusion all-pervasive.