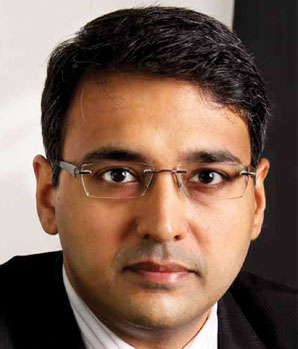 Over a short span of time, the Government of Maharashtra has managed to make huge savings on time and cost, and brought about transparency in governance. Balaji Rao, Director – Sales, India & SAARC, VMware has more…

The bedrock of cloud is virtualisation; it is the first step to cloud computing. In fact, it is virtualisation that helps in expansion and collapsing of infrastructure, as the need be. Virtualisation can save on floor space, power and cooling, and on the amount of floor space in data centers and administrative costs. To quote a recent ICT study, no less than US$ 4 billion can be saved through the cloud.

Talking about the MahaGov cloud, an initiative of the Maharashtra Government’s information technology department, it provided services like IaaS, PaaS and SaaS, and facilitated cloud in various departments of the state.

What is more, setting up of a cloud does not take time. For example, we started talks with the government representatives in December 2011, and by June 2012 the cloud was fully commissioned and now it is running in the state government.

Talking about itemisation of products in cloud, there is a successful model for rate charge for IaaS and it has been put up on a public site, which various departments can subscribe to. The advantage of this model is that it brings about a huge amount of transparency in operations, and also curtails the long procurement process, as any interested department can make its choice just as one does from a menu card of a restaurant.

Through the implementation of cloud, huge savings can come about in terms of costs, and virtualisation brings in a lion’s share of savings as servers are virtualised from physical state. Some of the advantages of automation of the cloud in terms of delivering self-service can also bring down costs for some of the components. So, there is also an advantage in terms of manageability and scalability, and also there is the cost advantage of the cloud itself.

Apart from our claims of savings, even the government has admitted to have achieved huge savings amounts by employing the cloud in Maharashtra. It was only recently that the state’s Principal Secretary, IT, Rajesh Agarwal informed the media about the savings.

Another thing achieved by the cloud is the charge-back model. The next most important step after the delivery of services is to measure and quantify those services and charge the departments accurately, based on their usage.

The Maharashtra Government is much ahead in terms of using the charge-back model and there are bills being produced to various departments. It is metered like an electricity bill based on the consumer’s usage of power.

If you look at the cloud as a service, we are trying to simplify the delivery of information technology, simplifying to achieve scale, flexibility and to align with the needs of the government. So, we are here offering another service, called Analytics, again through the cloud.

So, instead of going after various infrastructure components and creating complexities, in your data centers, you can simplify all these things to achieve a service-oriented model using the cloud.