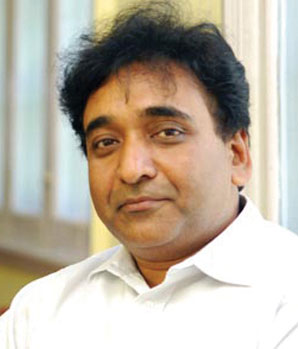 Be it ease of operation, cost-effectiveness, speed in service delivery or transparency in governance, all come easy through the cloud, feels Rajesh Agarwal, Principal Secretary IT, Govt of Maharashtra

Some 10 years back, when I was with the Election Commission of India, I realised that finding one’s polling booth in a place like Delhi is very difficult. I felt there should be a software, which is able to locate my polling booth on a map as soon as I type out my name and address there. So, I enquired with the National Informatics Centre (NIC) if they could prepare such an application, to which they replied that it could be done but it would take three years and cost Rs. 3 crores. I enquired with another company, but they also came up with a similar reply.

However, later I came across a small company called Map My India being run by four five kids from a house in Hauz Khas. They told me that they just did a project for the education department and that they had a database in which 8,000 polling booths and 2,200 locations of Delhi were present. They said they would give me the database. Two days later, the website was operational. Maps were coming in from a US server and they charged me Rs. 1 lakh per annum. And, this is what the cloud is all about.

In July 2012, a team from the Employment Exchange Commission of Maharashtra approached me with a project to computerise all the employment exchanges. They said they wanted to bring transparency in the ITI (Industrial Training Institute) admission process. It was a Rs. 30-crore project. I told them that we had just made our cloud operational, and therefore, needed to see how the costs could be curtailed. Later, it turned out that most of the things they wanted were listed on our cloud rate chart, so we gave them those for free and bought down the costs to Rs. 5 crore.

The tender was passed and in a matter of four months, and the software was rolled out. In February 2013, ITI admissions in Maharashtra were computerised for the first time. So, instead of three lakh candidates, nine lakh ITI aspirants applied online. The results were declared the next day. The cloud not just reduces cost and brings in transparency, but it also makes things move much faster.

Similar was the case with auto rickshaw and taxi permits, which were not being issued and the demand was high. I told the Transport Commissioner that we could use the model of MHADA lottery system for house allotments to issue permits to the taxi operators; the only difference would be that instead of houses, it will be taxi permits. A week later people were filling applications on the Net and after 30 days, the lottery was conducted. I informed the Chief Minister that it was a Rs. 900-crore lottery, with market price of each permit working out to Rs. 3 lakh. And yes, the process adopted was transparent enough to satisfy every stakeholder.

Recently, we started identification authentication using the cloud. Actually, we found that people had to visit government offices in person so that the clerk could establish their identity for various official purposes. But now, all one needs to do is to place one’s finger on a biometric device from anywhere in the world, and the person’s identity is confirmed. Online authentication through the cloud has, thus, made people’s life easier, as they can complete the process from the comfort of their home now.

“Online authentication through the cloud has made people’s life easier…now instead of visiting government offices to confirm their identity for various official purposes, all they need to do is to place one’s finger on a biometric device from anywhere in the world, and it’s done“

In fact, there are examples and examples of how the cloud and its applications have made things easier as well as faster for both people and governments. One major advantage of switching to the cloud is that you do not need to create infrastructure, like buying servers, desktops, bandwidth, etc. The world has moved much beyond. You just need to assess your requirements of space and applications, and have it within no time. This hassle-free, readily available infrastructure will also enable us to focus more on easy and simple software creation mechanism, more so in the government ecosystem.

However, there are certain legal operational issues associated with the cloud, and if you do not master that, you can possibly lose more than you can gain from the cloud. In the modern times, governments need to learn using the term SMAC—Social, Mobility, Analytics and Cloud—as frequently as they can, since that is the way forward.

Another important thing is encouraging citizens to put their data on the government servers. Following this practice would eliminate all the lines between the government and the citizen in any sphere of service delivery — be it with issuance of driving license, passport, and the likes. It also reduces the need to stand in long queues outside government offices in case one wants some discrepancy, like misspelt name in a document, rectified. Here, the chances of mistakes are substantially minimised as the person concerned himself enters the data.

So, I would say, our organisations, like the NIC and DeitY, need to reboot to bring about the changes required in tune with the changing times. Cloud is already a game changer today