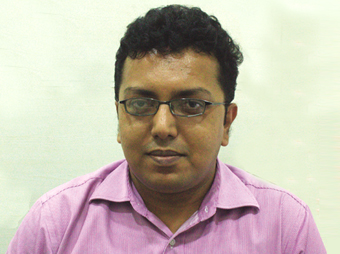 The journey of UIDAI in Maharashtra started on 29th September 2010 with the National launch of the program in Tembli village in Nandurbar district of the State. The State Government has maintained its leadership position in UIDAI, with many firsts and innovations to its credit. The focus has been both on enrolment as well as bringing in innovations centered on UIDAI for citizen benefit. The State Government brought in multiple forward looking policies in place to facilitate UIDAI enrolment across the State. During the second phase of UIDAI enrolment, the State Government adopted the policy of simplification of processes and systems, and thus removed the requirement of gathering Registrar packets and KYR+ data, which ensured smoother enrolment process. Various Non- State Registrars like PSU Banks were allowed to do enrolment during the second phase, which once again ensured citizen convenience in getting to choose from large number of enrolment centers to conduct enrolment. Nearly 6 Cr. residents have been enrolled for Aadhaar in the State till date, which is definitely a strong achievement by the State Government.

Valuable contributions
The biggest contribution of the State in the Aadhaar ecosystem has undoubtedly been the innovations around Aadhaar. Maharashtra was the first State to implement the State Resident Data Hub (SRDH), which is a repository of UIDAI data of residents, along with their demographic data and photograph. The biometric details like Iris and Fingerprints are not stored at the State level, and are available with the UIDAI CIDR only. This helps the State Government in maintaining a lean database, and ensures privacy of data.

Once the SRDH was implemented, data quality was assessed and multiple data quality issues were noted. This gave birth to the concept of USRDH (or Updated SRDH), which is something unique to Maharashtra. The data available in SRDH was cleaned, corrected, standardized and then pushed into USRDH, thus making it a repository of clean and usage resident data. More than 20 error flags were created and the status of the same was maintained in the database. Once the resident data along with the UIDAI number was available with the State Government, the next step was to focus on seeding of UIDAI data with beneficiary data from various departments. An automated process was designed to perform the first round of seeding, which can be followed by manual seeding. The automated seeding has been seen to yield nearly 50 percent accuracy, which is a good milestone, considering inconsistencies in data formats across multiple systems.

A notable and significant fact is that the State Government introduced the concept of ‘Self Seeding’, wherein a resident could seed his/ her data with UIDAI through the web or by sending a simple SMS. This concept was well appreciated by various stakeholders and has now been adopted in other places.

Launch of new services
UIDAI linked services would not be complete without keeping a provision for biometric authentication with the data maintained by UIDAI. Maharashtra was the first State to set up the complete Authentication User Agency (AUA) and Authentication Service Agency (ASA) network on its own to authenticate the users based on their biometric data. Authentication has now been initiated by Stamps and Registration department on a pilot basis and other departments are expected to follow suit. Pilots for Direct Benefit Transfer (DBT) have been another interesting yet fascinating drive taken by Government of Maharashtra by using the Aadhaar Payment Bridge (APB). Successful pilots of DBT in 6 districts have ensured that thousands of beneficiaries have availed of direct benefit transfer, wherein their benefits have reached them directly into their respective Aadhaar linked bank accounts. Considering the momentum gained by the State and the focus on Innovations in UID, the State is definitely poised to maintain its leadership position in the UIDAI ecosystem and bring in further innovations in UIDAI, which can be beneficial to all residents.